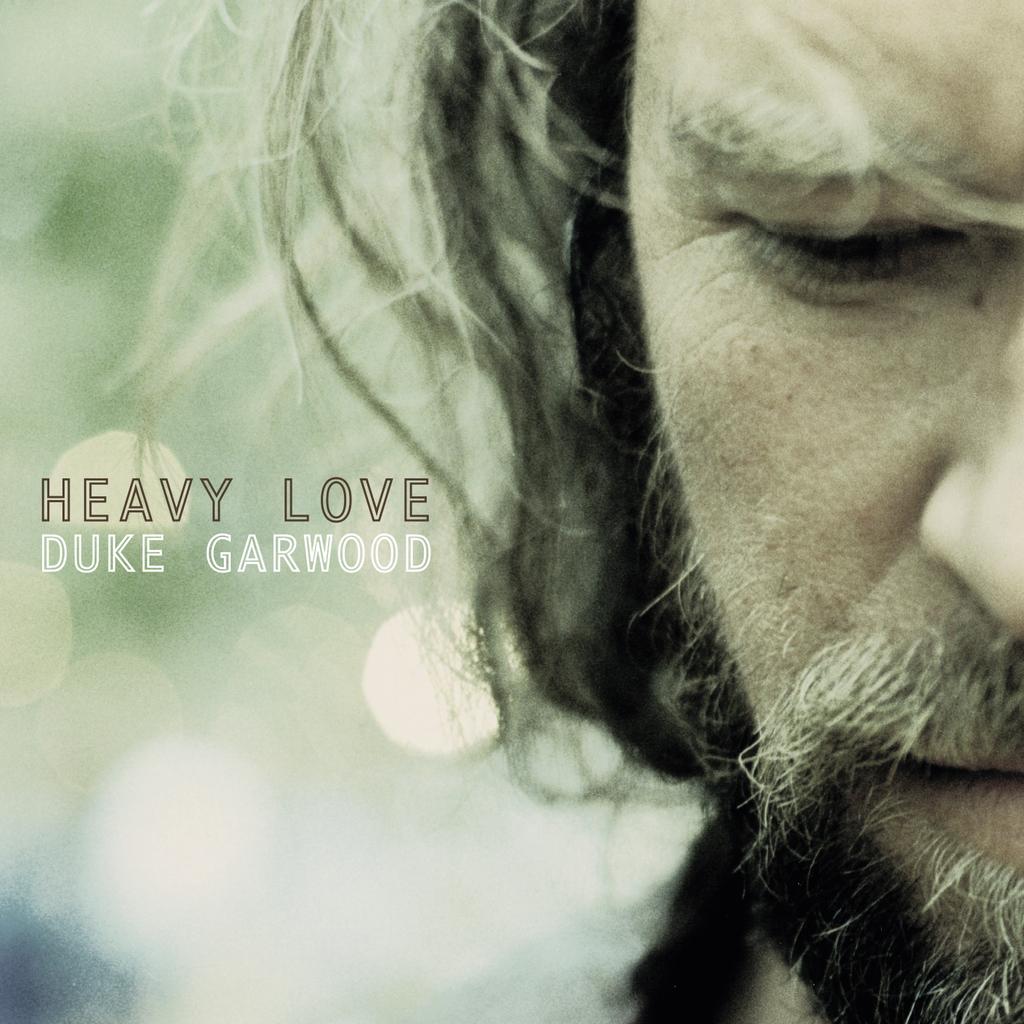 London-based, blues-rock/experimental singer-songwriter Duke Garwood has returned with his 5th solo album, Heavy Love, which was recorded at Josh Homme’s famed Pink Duck studio. The thumbs-up from Greg Dulli (“I f*cking love this.”) on Duke Garwood’s official site is a pretty good indicator of the type of tunes featured on Heavy Love. Duke’s musical association with Mark Lanegan (They collaborated on 2013’s Black Pudding, among other output.) is also a signpost for what lies ahead –brooding ruminations on the Big topics of Love, Life, and Death conveyed by stark, vivid lyrics steeped in a spare, but smoldering atmosphere.

Duke has been wandering the world for a good bit of time and putting out recordings since 2005, working with long-time collaborator Paul V May (drums, percussion) and adding the chops of John J Presley (guitar) to his latest album. Duke’s previous releases have traversed through country blues and free jazz territory, but the roaming traveler has found his way home on the 10 songs of Heavy Love, mingling his distinctive sing-talking vocals with mesmeric electric guitar lines or picked acoustic guitar notes, subtle percussion, and understated drums.

Duke lures the listener in by using his voice as a conduit for emotion and sound, molding his vocals around his lyrics by elongating and winding through his phrasings and melding his vocal tone with the hypnotic instrumental vibe. This method is applied perfectly to the simultaneously sultry and foreboding album-starter “Sometimes”. Duke in low-key mode stretches out his words amid the ticks and clacks of drumstick percussion and lightly scintillating reverb guitar. A nocturnal, disembodied feel envelopes the song as Duke smokily intones the refrain “We catch fire in the pouring rain.”

The title track moves with a meditative groove of short cycles of electric guitar, shaken percussion, and a slow-knocking tock from the drums. Little ripples of electric guitar and occasional cymbal shimmer muss the song’s smooth surface as Duke moans “Take this blade / Cut me deep / You can have all of me.” Guest vocalist Jehnny Beth of Savages supplies high- register coos to soothe Duke’s emotional unrest.

And don’t be fooled by the “Disco Lights” – It’s another moody slow-burner lit with a soft, contemplative beat and flickering cymbals. Duke starkly proclaims “Hard-head woman / cook my bone dry.” as a female vocalist joins him on the chorus. Simmering electric guitar notes heighten to a low boil as an echoed guitar line breaks out like an expressive voice, taking wing and dipping down into the deceptively calm ambience.

Duke isn’t afraid of quietude or of expressing vulnerability on a song and the album’s centerpiece, the confessional “Sweet Wine” displays this beautifully. Gently picked, mellifluous acoustic guitar notes and hushed hymnal organ form a backdrop for Duke’s careworn, but potent vocals as he declares “Sweet was that last cup of wine…”

A run of songs on the second half of Heavy Love, however, loses the personal edge of previous tracks due to Duke changing his vocal style to a less intriguing, mid-range tone. While “Snake Man” does cast an entrancing spell with its rattling beads, serpentine groove, and harmonica pull, it’s not as deep-cutting as the previous track “Sweet Wine”. And the repetitive “Honey In the Ear” with its barely-there sonics and Duke’s minimal vocal modulation ends up being a low point on the album, although it’s still a solid song. “Roses” marks the return of Duke’s captivating vocal tone as he disquietly sing-talks the bleak lyrics “Lost love only finds a stone / for comfort / and our bones make mountains / in the end.” against a super-extended, buzzing harmonica pull.