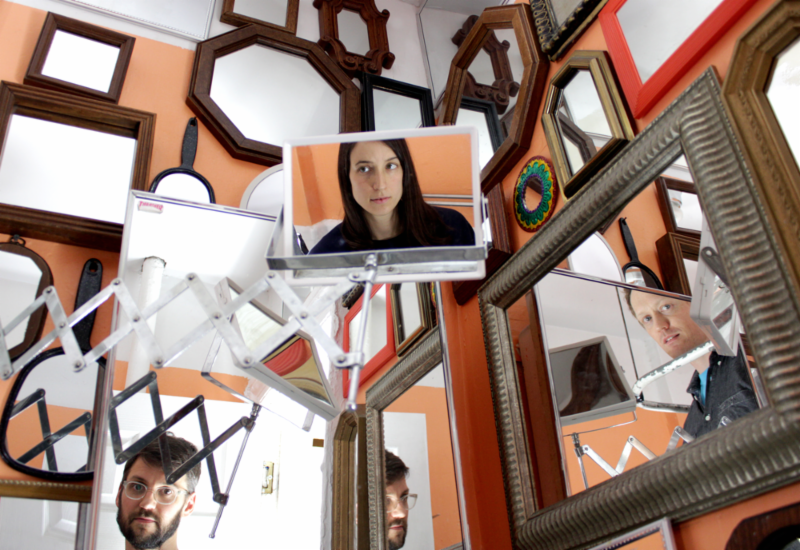 Radical Dads have premiere their video for “Cassette Brain” today The video features singer/guitarist Lindsay Baker strolling through forgotten landscapes in the summer sun while the music takes us on a decidedly nostalgic trip to the past and simultaneously stokes our hopes and dreams for better times ahead. The song rounds out the band’s new album Universal Coolers due out on February 24. Radical Dads will celebrate its release this February 27 at Shea Stadium in Brooklyn. Universal Coolers is the third full-length album by Radical Dads, the first on Old Flame Records, with feature album art by Steve Keene. Enjoy! 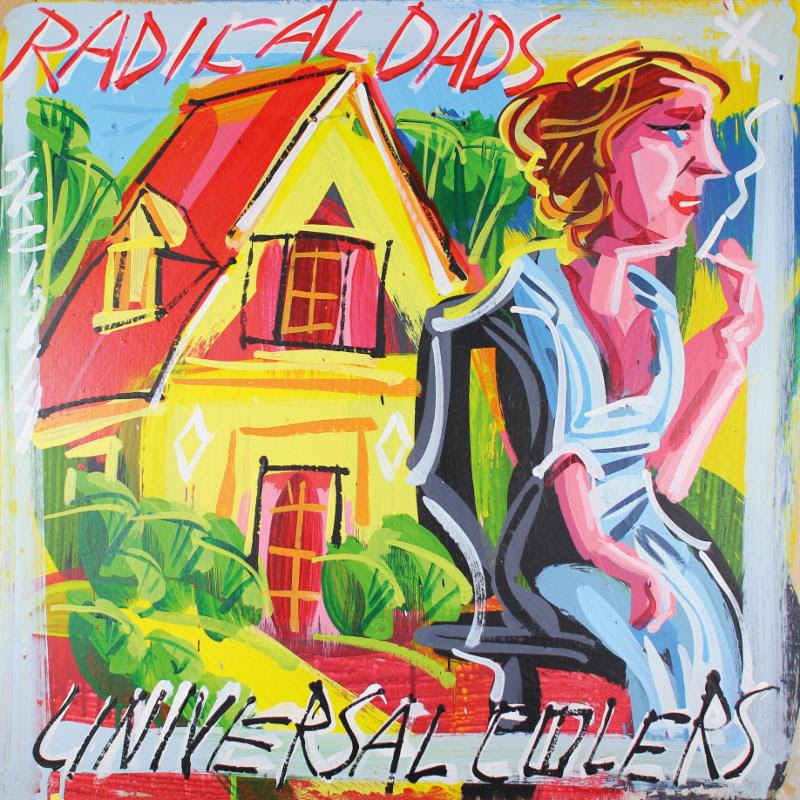 Universal coolers are people who can, without even trying or thinking about it, effortlessly reduce the temperature of their surroundings, thereby making those surroundings more habitable for the rest of us. This record is dedicated to them.

Radical Dads is Lindsay Baker, Chris Diken, and Robbie Guertin. A long time ago they met in college and became friends on account of liking particular cultural things and rebelling against particular institutional things. They listened to bands that were au courant in certain circles at the time, such as the Pixies, Built To Spill, Modest Mouse, Sleater-Kinney, the Lilys, Pavement, The Clean, and Yo La Tengo. They also played music together.

After college they moved apart and did separate stuff for a while, which is not all that interesting except for one thing: Robbie played in the band Clap Your Hands Say Yeah. Great job, Robbie! In 2007, because of a variety of factors, everyone was living in NYC. At that point they were overtaken by flashbacks to the golden youthful days and started playing music together again. They made it an official band and an homage to their actual dads.