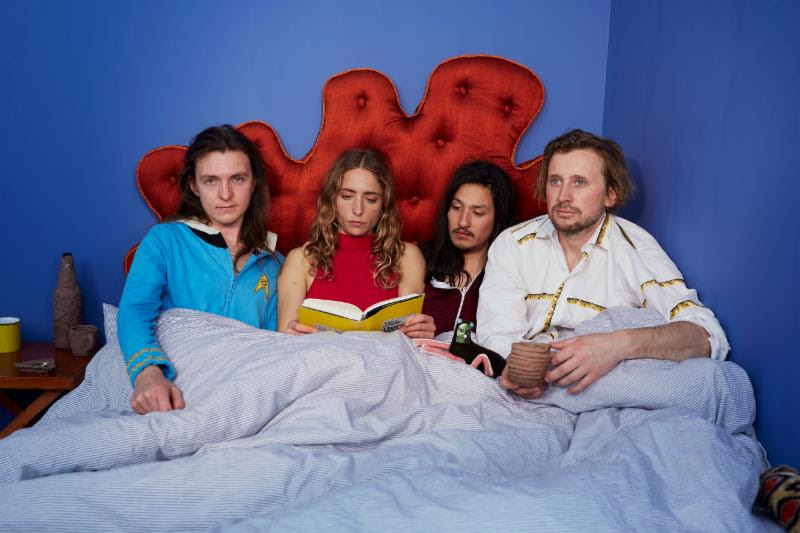 Pumarosa, will release their new album Devastation on November 1st, via Harvest Records “Fall Apart.” Ahead of the album’s release, the band have shared the track “Fall Apart,” now available via Harvest Records (Best Coast, Death Grips, Glass Animals). Pumarosa will play an intimate date to perform songs from the new album at London’s Electrowerkz on July 30. Fans who pre-order the album will have early access to the tickets for the band’s upcoming UK headline tour.

From the very first beat of “Fall Apart,” anyone familiar with Pumarosa can tell that a transformation has taken place. With a fast drum’n’bass inspired tattoo beating urgently beneath a sawing riff and a wide, synthesised expanse, this is a dramatic evolution from the band’s more guitar-driven debut, The Witch. Digging deeper into electronic influences ranging from Aphex Twin and Autreche to old jungle tunes, the shock of “Fall Apart” mirrors the irreversible shift in Pumarosa’s own circumstances: shattering diagnoses, new beginnings and a strange optimism – the promise of what can be built only after total annihilation – all fed into a record that feels like an exhilarating affirmation of life.

The band’s lead singer Isabel Muñoz-Newsome was diagnosed with cervical cancer, with the resulting surgery and recovery totally changing her relationship to her body (and how to write about it). Inner-band relationships also evolved following the departure of bassist Henry, which further energised Pumarosa to explore new spaces in their already-expansive sound. The band took the work to producer John Congleton in Los Angeles, CA, whose production on the likes of St. Vincent and Swans helped convince them he could bring these songs and life-changing experiences into existence. They were joined in the album recording by Tool’s Justin Chancellor who, after becoming a fan of the band from their debut, provided driving bass performances in his inimitable style.