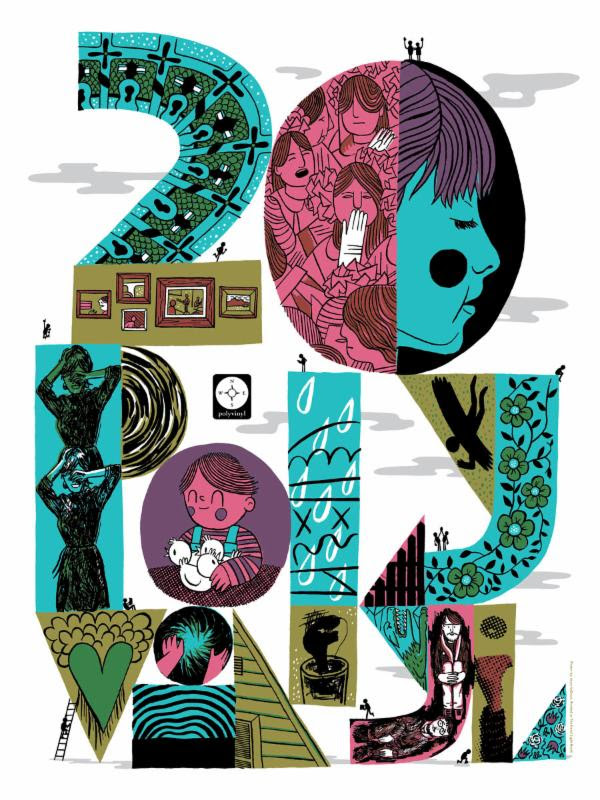 Polyvinyl Record Co. is proud to announce its 20th anniversary. The label, which is headquartered in Champaign, IL, has a diverse catalog of 300+ releases, including classic titles such as of Montreal’s Hissing Fauna, Are You The Destroyer?, Japandroids’ Celebration Rock, the eponymous debut from American Football, Mates of State’s Team Boo, Alvvays’ self-titled debut, and Braid’s Frame & Canvas.

The result is Polyvinyl Plays Polyvinyl, an outpouring of love and admiration channeled through a slew of beloved tracks being re-imagined in a variety of new and surprising ways. Pre-order and much more can be found here.

From the album opener, which finds Generationals re-styling “In Green” by Volcano, I’m Still Excited!! (the short-lived music project of actor/director/screenwriter powerhouse Mark Duplass), to the first recorded music from Rainer Maria in a decade, the raucous revamp by Beach Slang of the classic Japandroids song “Younger Us” to Deerhoof covering Xiu Xiu, but in the style of new kids on the block White Reaper, there is something for every kind of Polyvinyl fan found within this compilation’s 20 songs.

To design the compilation’s artwork, Polyvinyl tapped Grammy-nominated artist Jesse LeDoux. LeDoux pulled from two decades worth of releases to create not only an iconic cover, but also a “treasure map” for Polyvinyl die hards. Each illustration represents a piece of Polyvinyl history – a collection of images culled from the label’s extensive discography.

Happily, the collaboration didn’t stop there. By the time LeDoux was done, his vision had grown to include a commemorative t-shirt design, limited edition silk screened poster and most importantly a skateboard! And not just any deck, but one created in conjunction with Polyvinyl’s old friends at Girl Skateboards to produce a Polyvinyl x Ledoux x Girl collaborative board truly fitting of such a monumental milestone.

And finally, when asked to pull together some thoughts on the 20th anniversary, Polyvinyl co-founder Matt Lunsford couldn’t stop writing and ended up creating a long-form oral history of his last 20 years:

As a kid who spent every spare moment on a skateboard in the late 80s/early 90s, I fell in love with discovering new music through reading magazines and watching skate videos with friends. I spent those formative years listening to bands like Dinosaur Jr., Firehose, Sonic Youth, Fugazi, Jawbreaker, and dozens of others. These were not exactly household names in central Illinois. In these pre-internet days, discovering music was something you had to be passionate about and put some effort into.

I was fortunate enough to meet a handful of friends including Darcie (my label co-founder and now wife) who were equally passionate about music and who were writing fanzines, booking DIY shows, working at record stores, and playing in bands. These people inspired Darcie and me by proving to us that with a little hard work it would be possible to spread our passion for discovering music to the world.

By the time we’d finished high school, Darcie and I were writing a fanzine and had started helping friends release records. Just a year into college, we decided to drop out and start working on Polyvinyl full-time. For the first year, Darcie took a shitty factory job to make extra money to pay rent and save up to put out more records. It was exciting and terrifying, but it was clearly the only decision. We were being entrusted to help create and share records with the world. It was a responsibility that we couldn’t simply take on part-time. We were committed. Within the first two years, we had released the first music by Braid, Rainer Maria, and American Football, among others.

We hadn’t set out to start a full-time business, so we learned as we went along–always with the philosophy that we should match the dedication and passion of our artists. We adopted a straightforward and fair 50/50 profit sharing business structure with our artists (which we still hold true to today). It was not long before our reputation for hard work and fairness started to precede us.

Artists like Mates of State, of Montreal, Someone Still Loves You Boris Yeltsin, and Saturday Looks Good To Me all had various interconnected stories that brought them to the label, and a family tree started to take shape. In a six-degrees-of-separation sort of way, over 20 years, bands new and old from Aloha to Japandroids to Beach Slang and as diverse as Deerhoof, STRFKR, and Alvvays can all be traced back to our proud reputation for artist-friendliness.

I’ve always approached Polyvinyl with nearly boundless optimism. I’ve now been doing this for 20 years, which is half my lifetime…and my entire adult life! Polyvinyl has worked with over 100 artists and now has a catalog of over 300 releases. We’re still 100% independently owned and operated by a staff of thirteen. We’re still proud, honored and humbled that artists we love trust us to share their records with the world. I am truly grateful to the hundreds of amazing, inspiring people Polyvinyl has worked with over the years. If the next 20 years are even half as exciting as the first, I’ll be looking forward to Polyvinyl 40.