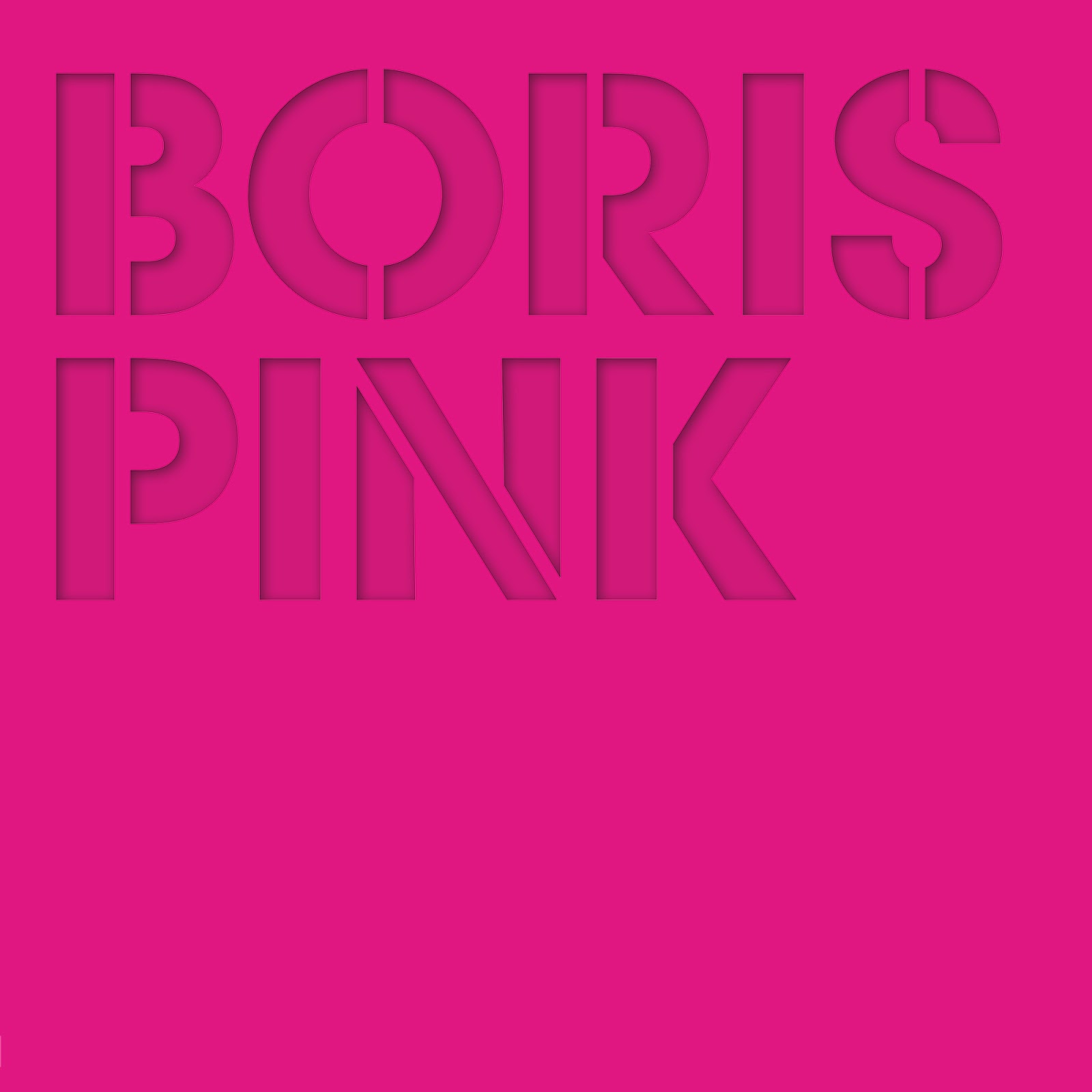 Like many alternative musicians these days, Japanese trio Boris hate pigeonholing themselves to any genre or labels, but the term that usually gets thrown around with them is ‘experimental metal’. Since forming Boris in 1992, Atsuo (drums, vocals), Takeshi (vocals, bass, guitar), and Wata (guitar and effects) have had a steady stream of albums and collaborations, each markedly different, which continues today. PINK, originally released in 2005, was an 11-track record displaying Boris’ versatility through the heavier rock alternatives, ranging from slow metal to blitzing hardcore. July 8 marks the deluxe reissue of the album for its 10th anniversary, bumping the 47-minute runtime up to 1 hour and 35 minutes across 20 tracks, 9 of which were previously unreleased ‘Forbidden Songs’ as termed by the band.

The original 11 tracks remain unchanged, and rightly so. The vanilla PINK shows a masterful command of pacing and a comprehension of a wide range of influences. The first four tracks are the prime example of this development, with each track getting shorter and faster than the last. Starting with the slow, droning “Farewell”, the band builds in intensity into the thrash-metal “Pink”. Vocalist Takeshi’s energy explodes into howling, the riffs get faster and more complicated, and the attitude more punky for “Woman on the Screen”. Without slowing, the distortion devolves into the low-fi “Nothing Special”, which sounds torn right from the American Hardcore movement of the 80s. Of course, all of this brings up the question of originality. It’s hard to bring new ideas to the structures of Rock, but it’s how they convey these structures that stands out. The distortion and noise (mostly handled by Wata) that underlies so much of the album is Boris’ signature, always intense and looming rather than grating.

For Western listeners, it’s easiest to compare their various sounds to bands we’re familiar with—the slow pulsing of the Melvins (from which Boris draw their name), the stoner-rock riffs of Queens of the Stone Age, the howling punk of the Danzig-era Misfits, the hazy sludge metal of Black Sabbath’s Master of Reality. And it’s all handled so smoothly, it’s shocking they don’t specialize in any one sound. For those of us who can’t speak Japanese, the lyrics translate to ‘dark anxieties’, thoughts that drone as much as the guitar fuzz, averting gazes, bitter goodbyes, and the like. The lyrics are never really the focus, though the vocals, which range from deadpan moanings to bandwide shouts, give more personality than the angry growlings that so often define metal.

As it progresses, the album explores other influences with a more free structure, from the doom metal of “Blackout”, the soft interlude “My Machine”, leading to the 18-minute finale “ Just Abandoned Myself”, which slowly morphs into minutes of distorted noise. This is where the album would normally end, making for a somewhat awkward transition into the new tracks. Indeed, the ‘Forbidden Songs’ throw off the perfect pacing of the original album, and make the album simply too long to sit through, but they can always act as extra, meaty alternatives. It’s anybody’s guess why these 9 tracks were ‘Forbidden’—many show more structural diversity and personality than the vanilla tracks, albeit in a much messier and less polished way. In fact, they’re strong enough that you’d wonder why Boris didn’t repurpose the songs and make a new album out of it.

PINK is Boris’ impressive rip through the darkest and most intense subgenres of Rock. It shows that although the structures and tempos of Rock have been so thoroughly harvested, you can still produce interesting new sounds—thanks in no small part to Wata and her thick and slick effects and production. The original album was hard, heavy, and masterfully paced, and though the deluxe additions somewhat bloat the experience as a whole, they are still strong enough to stand as their own meaty side-album. If you like your music noisy and pounding, you can’t go wrong here, and as far as the deluxe reissue goes, there’s just more to headbang to.