Peter Cat hail from Scotland’s capital city Glasgow. The band describe their music as “catchy, bizarro indie-pop with a flash of glam and a wry, observant lyricism that’ll have fans of Sparks, Talking Heads and Franz Ferdinand clambering over one another in excitement.” The band will be playing a round of shows, starting on June 6th in Edinburgh, Scotland, as well as including stops in Glasgow, London, and Brighton.

“Hand Through Hair” will be on the bands forthcoming release, recorded at Glasgow’s all-analog Green Door Studios and been mixed by Scottish producer Chris McCrory of Catholic Action, who’s given it as many thumbs up as he’s biologically capable of. Peter Cat recently completed an extensive tour of Italy.

Peter Cat recently released their new single and video, “Hand Through Hair”. The song is now available to stream on most platforms. The band recently spoke about the track. “The only words we have to describe ‘Hand Through Hair’ so far are our own, which are as follows: it’s a cocksure cocktail of fuzzed-out guitars and frustrated desires, equal parts glam-rock stomp and art-school pomp with a dash of egregious self-pity on top. It’ll have 90s kids digging their parents’ greasy T-Rex and Slade LPs out from the attic in a furtive frenzy, thus going some small way towards bridging the current social divide between old and young. What can we say; we’re doing our bit.” 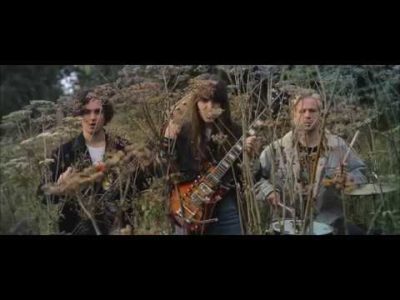