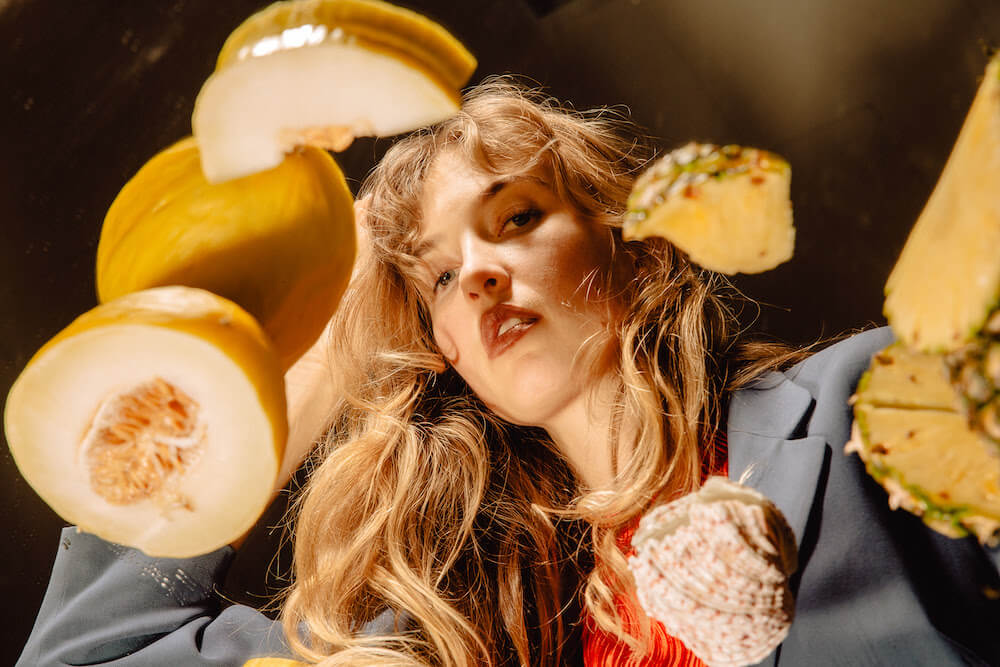 Ora The Molecule has shared her new single “The Ball” alongside its accompanying video. The lead track from Ora The Molecule’s debut album, Human Safari, available August 23, via Mute Records. The single follows previous singles “Creator” and “Die To Be A Butterfly.”

Nora Schjelderup, the creative mind behind the Ora The Molecule moniker, says the eponymous ball acts as a metaphor for the destruction of cooperation in the face of selfishness and greed. “Community is so important. It’s the most important,” she says. “But Human Safari is also criticizing when there’s a lack of community. “The Ball” is about everyone wanting the same thing but there’s only one. And this ball is going so fast that it could actually kill you if it hits you the wrong way. Strong division creates friction and unhealthy competition. Community is everything, but it starts with the individual.”

Of the video, Schjelderup details, “The video was shot and directed by the Polish director/ cinematographer Kristof Gerega. We met in Berlin, and shortly after he came to visit us in the mountains of Andalucia, Granada. We shot the film over a weekend in between stealing oranges from the side of the road, swimming in the Alboran Sea, running around with (the then puppy) Olive, and borrowing a horse from the husband of the lady that worked in the local grocery corner shop.”

She continues, “’The Ball’ is about the chase. We wanted to create an atmosphere of urgency at a steady pace. Something fast in slow motion. Like the speed of everyday life in contrast to the steady pace of a human lifetime. It goes slow, but fast at the same time. The horse idea was derived from my childhood memories of riding horses. I thought it could fit as the song has some influences from Western cowboy movies. Filming me on the horse was pretty crazy as it had been ten years since I sat on a horse. I had totally forgotten about galloping. For the slow motion idea to work, the horse had to run pretty fast. I was holding on for my life!”

Pre-order Human Safari on orange crush transparent vinyl, CD, and digital platforms here. All physical editions come with a one-of-a-kind Polaroid photo with doodle done by Nora Schjelderup (see artwork for her previously released singles for an example of her drawings).

MORE ABOUT ORA THE MOLECULE
Ora The Molecule is the musical moniker of Norwegian-born avant-pop artist Nora Schjelderup. For Schjelderup, life has always been about observation and finding one’s purpose in the community at large. She is the molecule personified: the smallest bit of matter that retains its own identity while being part of something greater. This keen sense of inspection and willingness to surrender to feelings of wide-eyed wonder guided Schjelderup from her childhood to the release of her debut album, Human Safari.

For the LP, Schjelderup adopted role of observer as she examined the world around her. “You could look at it like a bird walking around and feeling stupid for not understanding how everything works,” she theorizes. “You feel small. When cognition takes over, those feelings can come easily because it’s so much to take in for a tiny creature. It’s celebrating the spectacle.”

Human Safari consists of 12 songs alternating between joyous, beat-driven avant-pop and slick synthwave. “It’s for sure two poles,” Schjelderup explains. “The speaker is the storyteller and the instrumentals are nature or the way life goes. Sometimes you get scared, sometimes it opens up. It’s life. I wanted to make a landscape where the voice could guide you through and be a safe voice. So even when it’s a little bit darker, you’re still in the story and it continues.”

Throughout her life – and the album – Schjelderup espouses the concept of the extended chosen family and welcoming those who might otherwise feel uninvited. “It’s a sense of belonging, a sense of oneness that you don’t see in other parts of society,” she says. “Community is everything. It’s very important but it starts with the individual. If I can contribute to that, I want to do it.”