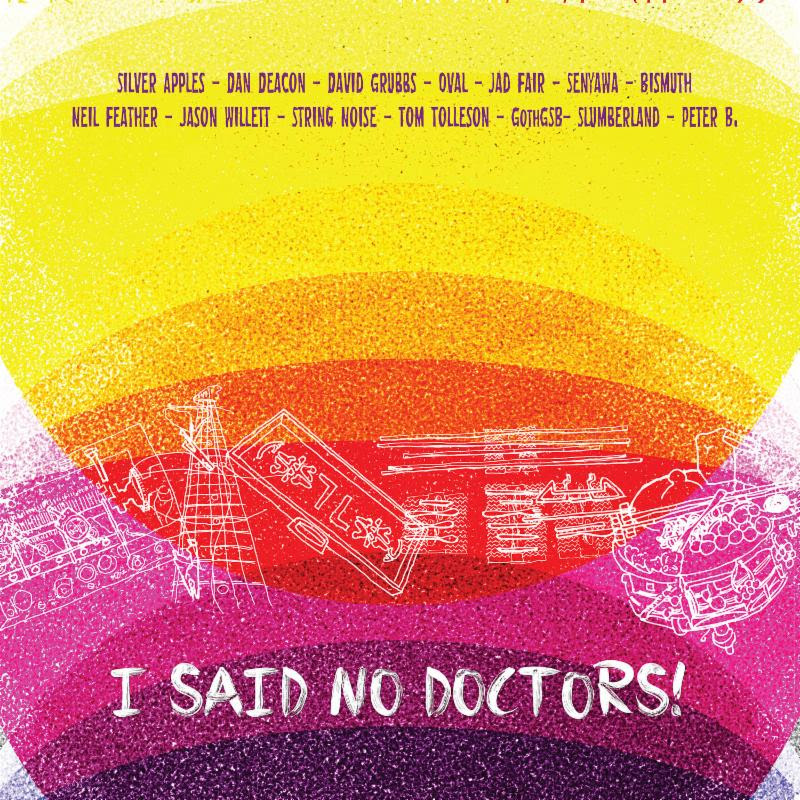 I Said No Doctors! double-LP is a compilation of artists from both current and past decades who have helped to redefine sound by creating and destroying musical instruments to fit a specific sonic character and method of music-making.

The compilation is curated by Dymaxion Groove founder Tom Tolleson, who plays a modified Fender Jazzmaster with a ¾ ratio of separate playable strings over two pickups on the album as well.

I Said No Doctors! is a celebration of sound and artistry beyond the range provided by standard musical instruments.This double-LP is available in two variants, colored and black vinyl, both 180-gram, each with a digital download card.

I Said No Doctors! will be available on 2xLP and digitally on January 18th, 2017.