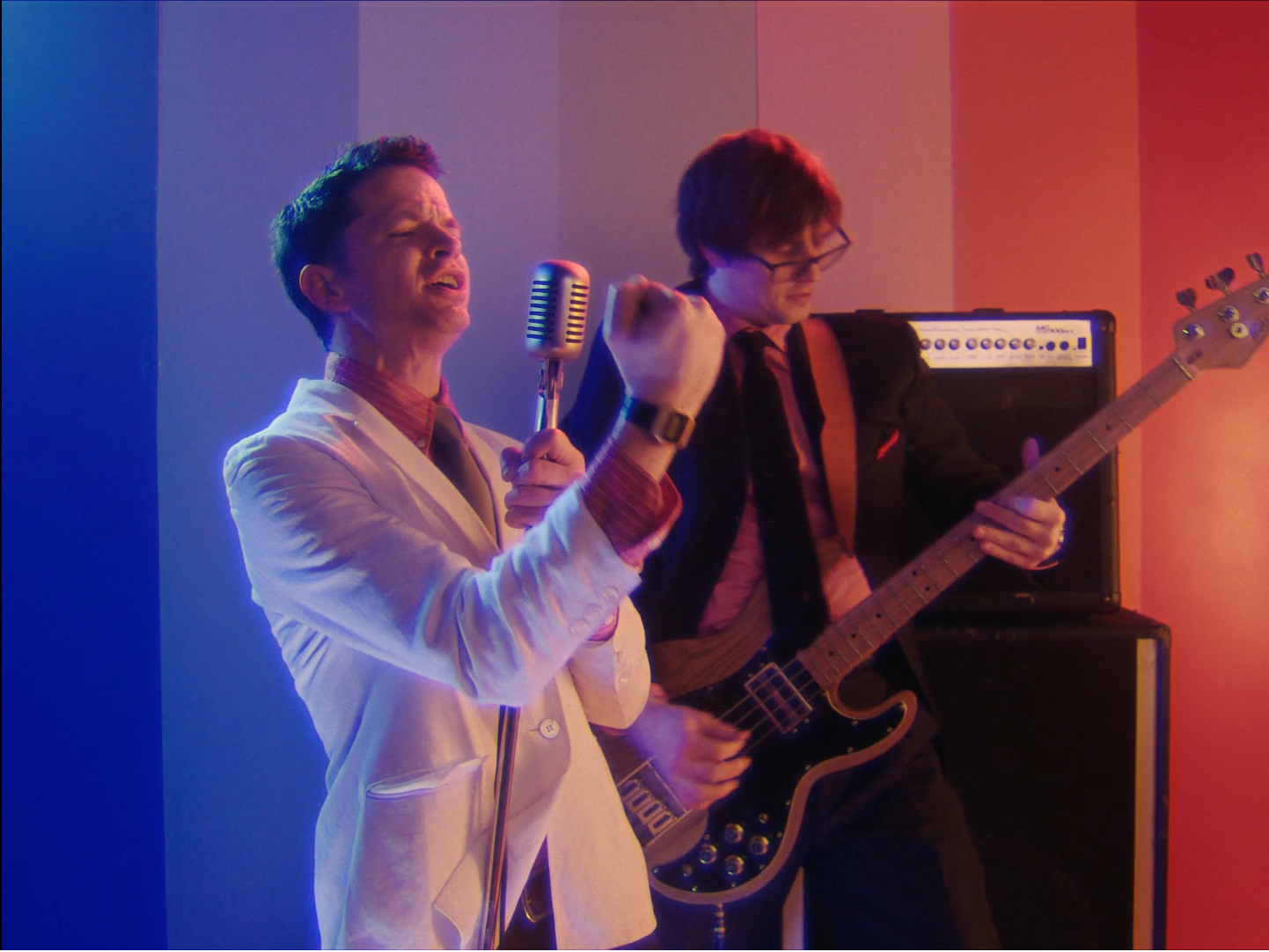 Bandmates Ed Schrader and Devlin Rice invited their produced Dan Deacon, as well as a bunch of their Baltimore friends such as Lexie Mountain, Rozie Jordan, Kevin Blackstone, Kevin Sherry, Jeff McGrath and more, to be in this video directed by Jay Buim who explains, “On another timeline, in another iteration of this planet, Ed is bigger than Frank Sinatra. With this video, I tried to bring that world closer into view.”

Ed Schrader’s Music Beat needed to make this record. Nineteen tours in the U.S. since the Baltimore-based duo’s formation in 2010, from headlining underground spaces to opening massive venues for Future Islands, had left vocalist Ed Schrader and bassist Devlin Rice exhausted—and hungry to take their music to the next level. ESMB originally worked in a maximalist drums, bass, and vocals mode, releasing the noise-rock full-lengths Jazz Mind (Load Records, 2012), and Party Jail (Infinity Cat Recordings, 2014). However, Ed and Devlin dreamed of a fuller sound—layered, breathing arrangements their early rapid-fire compositions always seemed to imply, without yet having the tools to realize. On Riddles, their first release for Carpark, the Music Beat begins their new life.

In search of a fresh direction, Ed and Devlin invited their close friend, electronic-pop maestro and fellow Baltimore-based artist Dan Deacon, to expand their sound and experiment with them as the album’s producer, arranger, and co-writer. The three artists all poured emotions produced by major life changes into these sessions. While in Puerto Rico on a rare vacation, Ed learned of the death of his stepfather, a charismatic but abusive figure who’d cast a dominant shadow on his formative years. Devlin sat at the bedside of his brother, who’d long lived with a terminal illness, as he saw through his choice to die with dignity. And Dan’s longest relationship, which had stretched across his entire career as a musician thus far, came to an end. “I looked forward to these sessions when everything else in life was a shit-show,” recalls Devlin, who began the record commuting from Providence to Baltimore, but moved into Dan’s studio as it neared completion.