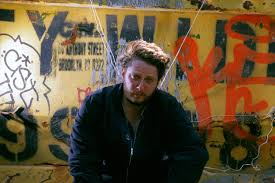 The Hammer Museum will premiere Animals, the most recent video by Oneohtrix Point Never—the recording alias of musician, composer, and producer Daniel Lopatin. Directed by Rick Alverson starring Val Kilmer, on Monday, October 18th as part of In Real Life, an ambitious program of daytime performances and film screenings.

Animals is a track from the 2015 album Garden of Delete. The video was shot in Los Angeles and the story was written by Daniel Lopatin and Rick Alverson. Credited as one of the earliest progenitors of vaporwave, Oneohtrix Point Never interweaves a collage of samples and computer-generated content that reflects back on the history of recorded images and sounds. While Animals might be understood as a straightforward portrait of the actor Val Kilmer, the strobing effects and stuttered frames that disrupt the scenes do what they can to undermine this. Fragmented sounds and samples from popular sources are often slowed down, pitched, manipulated, layered, and repeated in a manner that is as musically weightless and soothing as it is haunted and jarring.

This video premiere is presented on the first day of the film series Ecco: The Videos of Oneohtrix Point Never and Related Works. Organized by Hammer curator Aram Moshayedi, the series includes a selection of self-produced music videos alongside collaborations with artists Rick Alverson, John Michael Boling, Nate Boyce, Takeshi Murata, and Jon Rafman. Also in conjunction with the films series, the Hammer presents Oneohtrix Point Never: Visual Cues and Eccojams on November 9. Selected by Lopatin and Moshayedi, the screening features a slate of films that share the formal concerns apparent in the musical work and the visual output that surrounds Oneohtrix Point Never, including such pioneers from experimental film as Martin Arnold, Eve Heller, Peter Kubelka, Peter Roehr, Paul Sharits, Peter Tscherkassky, Steina and Woody Vasulka.

Exploring wide-ranging issues, themes and practices, In Real Life is organized into three strands: four curated film and video series; weekend performances by artists such as Simon Leung, Lara Schnitger, and Trajal Harrell in addition to durational and immersive works by Mutant Salon (Young Joon Kwak and Marvin Astorga) and Women’s Center for Creative Work; and courtyard rehearsals of works-in-progress by a select group of performers in disciplines including theater, dance, music, and experimental recitation.

The Hammer Museum at UCLA offers collections, exhibitions, and programs that span the classic to the contemporary in art, architecture, and design. The Hammer’s international exhibition program focuses on wide-ranging thematic and monographic exhibitions, highlighting contemporary art since the 1960s and the work of emerging artists through Hammer Projects and the Hammer’s biennial, Made in L.A. As a cultural center, the Hammer Museum offers nearly 300 free public programs a year, including lectures, readings, symposia, film screenings, and music performances at the Billy Wilder Theater which also houses the UCLA Film & Television Archive. The Hammer is home of the Armand Hammer Collection of American and European paintings, as well as the Armand Hammer Daumier and Contemporaries Collection and the Hammer Contemporary Collection. The Hammer Contemporary Collection focuses on art of all media since 1960 with an emphasis on works of the last ten years, works on paper, and art made in Los Angeles. The museum also houses the Grunwald Center for the Graphic Arts—comprising more than 45,000 prints, drawings, photographs, and artists’ books from the Renaissance to the present—and oversees the Franklin D. Murphy Sculpture Garden at UCLA. Free admission to the Hammer Museum is made possible through the generosity of benefactors Erika J. Glazer and Brenda R. Potter. 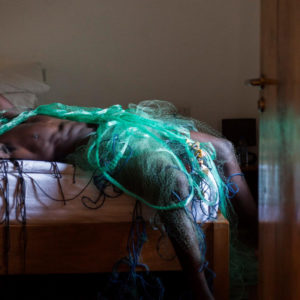 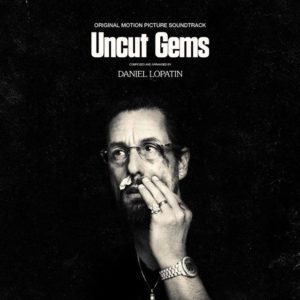