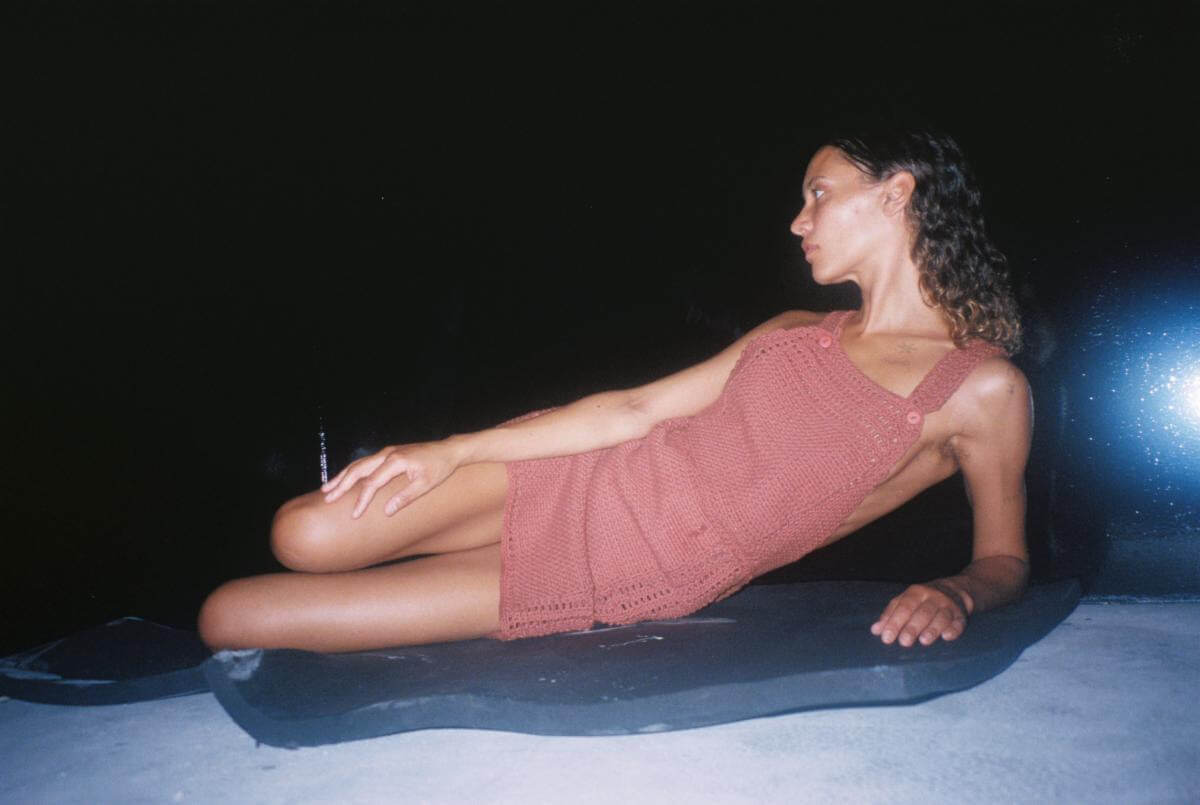 Okay Kaya, AKA: Kaya Wilkins, has shared a video for her new single “Inside of a Plum"
Share on TwitterShare on PinterestShare on PocketShare on RedditShare on FacebookShare on Email

Okay Kaya, aka Kaya Wilkins, has shared a video for her new single “Inside of a Plum,” a song inspired by ketamine therapy from her upcoming album, SAP, out November 4th on Jagjaguwar. “The doctor said ketamine treatment could interrupt behavioral patterns by growing new literal physical branches in your brain, providing cognitive flexibility,” Kaya explains. “My doctor described the brain as a snow globe and the treatment as a fresh layer of snow enabling new slopes. Mood-riding.”

For the song’s video, made in collaboration with visual artist Austin Lee, Kaya fed thousands of images and text to DALL·E 2 – OpenAI to create new images which were then once again changed through the AI system. “I wanted to explore what it would be like to be the ripple, move through. Whether it’s mundane objects, zoomed in on the natural or magical imagery and shapes,” Kaya expounds.

“Even my subconscious is self-conscious,” Kaya sings on the track, giving us a sense of the mental state she entered while making SAP, which she wrote, engineered, and produced alone, sometimes spending weeks at a time without social interaction. SAP is a concept album about consciousness in which Okay Kaya focuses her trademark combination of abstraction and wit on what happens to her mind unaccompanied, on her tendency to feel less like a human and more like the sticky secretion of a tree. It conjures a world of sticky-membraned creatures reminiscent of the characters in old Gumby cartoons, but wet and glistening.

1. Mood into Object Personified
2. Jolene From Her Own Perspective
3. Origin Story
4. Jazzercise
5. Pathologically Yours
6. Spinal Tap
7. Inside of a Plum
8. Rorschach
9. In Regards to Your Tweet
10. Dep. Chamber
11. Pearl Gurl
12. The Lesson
13. I’ve Spent Forever Planning A Crisis
14. Like a Liver
15. Weltschmerz