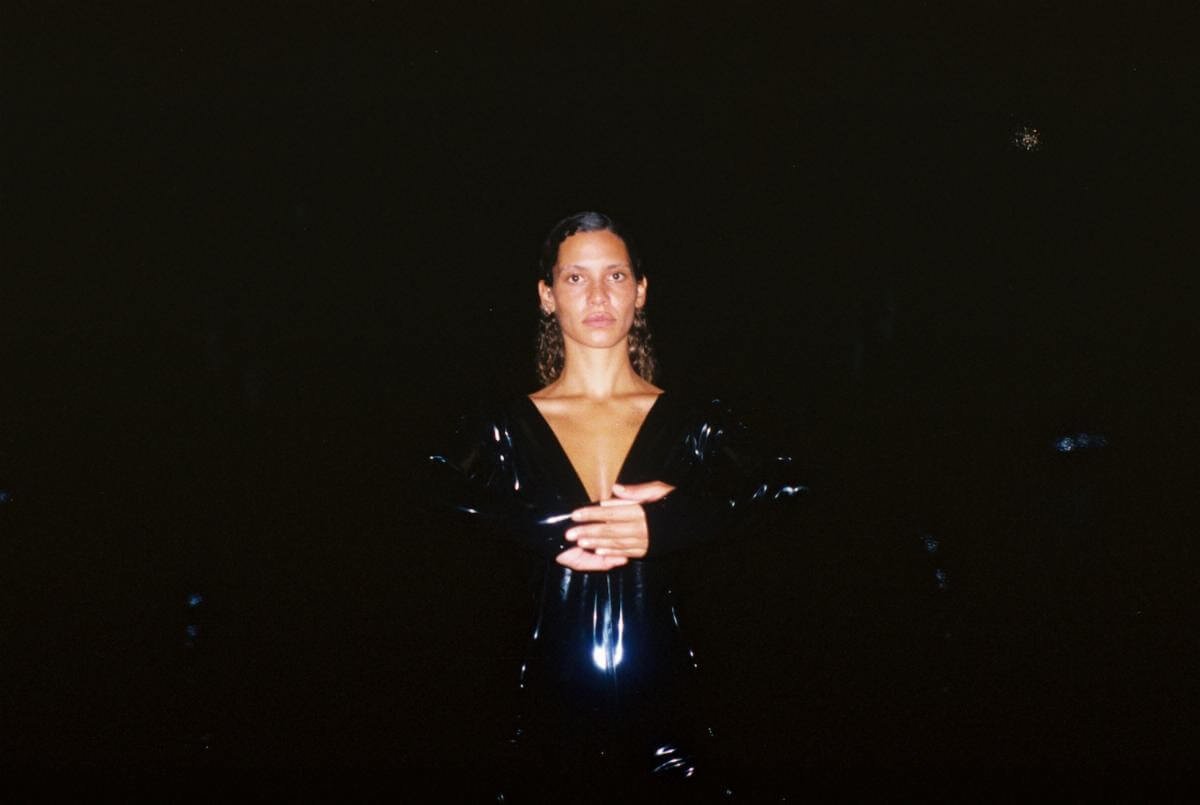 Okay Kaya has released a new collaborative video for “Spinal Tap.” Created by Kaya Wilkins and renowned visual artist Austin Lee, and is the lead single off her forthcoming album Sap, the full-length which was entirely written, performed, engineered, and produced by Wilkins, due November 4, 2022 viq Jagjaguwar.

SAP is a concept album about consciousness in which Okay Kaya focuses her trademark combination of abstraction and wit on what happens to her mind unaccompanied, on her tendency to feel less like a human and more like the sticky secretion of a tree. This is most evident in the “Spinal Tap” video, made in collaboration with Austin Lee. A laborious process that took months to complete and involved virtual reality rendering inspired by Kaya’s drawings, one of which is the single art.

The video manifests a world of sticky-membraned creatures reminiscent of the characters in old Gumby cartoons, but wet and glistening. “My writing process often begins with images in lieu of words. What if you’re tree-juice? How far along the stem do you have to ride before you get away from your parents and realize you’re the tear of this person and the blood of this person?” Kaya says. “I see a vision in my mind’s eye and take it from there. Austin has such a profound visual sensibility. Together, we translated many of my drawings. They became a wonderful invitation into his world. We developed this mascot, SAP, an alternate version of self.”

“Spinal Tap” came about from Kaya wandering in Berlin, tree-touching instead of sleeping. “Sometimes I need very scientific black and white explanations of bodily functions that I need to remember to do, like sleep. It’s a cantilever for my sappiness. SAP is an image abstract enough for me to fit my funny little life into. One might even say it ‘resinates.’” she jokes. “I wrote ‘Spinal Tap’ because you may have believed your brain as an impermeable slate and your dreams as strictly food for Freudian thought but according to a science.org article from 2019 on CSF fluid, “large oscillations of fluid inflow to the brain appeared during sleep and were tightly coupled to functional magnetic resonance imaging signals and entrained to electroencephalogram slow waves. Slow oscillatory neuronal activity thus leads to oscillations in blood volume, drawing cerebrospinal fluid into and out of the brain.’”

After releasing her Spellemann Award winning album Watch This Liquid Pour Itself in January of 2020, Kaya left her home in New York and moved to Europe to create and show her various interdisciplinary exhibitions. Among others, she made an installation that amplified music made underwater and an interactive sculpture based on Jungian sandplay therapy for children. Between her art exhibitions and museum performances, Kaya recorded through lockdowns by herself in the loaned studios of generous friends.

The album was further inspired by Ketamine Therapy. As she experimented with ego death, Kaya found herself writing in the voices of fictional characters she’d encountered in other people’s stories.

When she returned to New York, Kaya was excited to collaborate again, to get friends to “bless the record.” She invited friends to Gaia Studios in Greenpoint, Brooklyn to sing or play an instrument. Most songs on the album unfold with guest performances from varied artists including Nick Hakim, deem spencer, Taja Cheek of L’Rain, Adam Green of The Moldy Peaches, Farao, Zannie, Aerial East, Michael Wolever, Franziska Aigner, Toniann Fernandez, Moist Paula, LEYA, Stix, Starchild, The New Romantic, Ydegirl, Iris Taborsky-Tasa and Eli Keszler.

Just as the recording process began with isolation and ended with friends, SAP starts with the internal and leads outside to romance, to lovers who serve as funhouse mirrors, reflecting Kaya back to herself from different angles.

1. Mood into Object Personified
2. Jolene From Her Own Perspective
3. Origin Story
4. Jazzercise
5. Pathologically Yours
6. Spinal Tap
7. Inside of a Plum
8. Rorschach
9. In Regards to Your Tweet
10. Dep. Chamber
11. Pearl Gurl
12. The Lesson
13. I’ve Spent Forever Planning A Crisis
14. Like a Liver
15. Weltschmerz