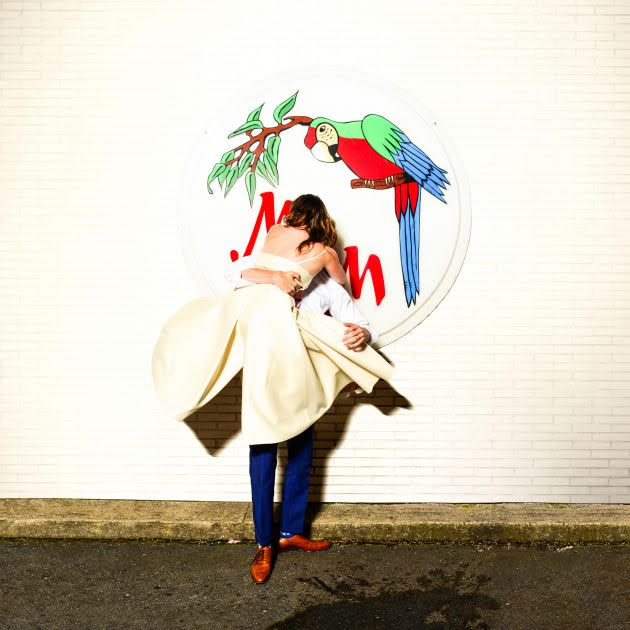 Taking what they did so well and moving forward, the electronic pop of Sylvan Esso hasn’t lost its luster. Between the creamy vocals of Amelia Meath and the beats and keys of Nick Sanborn the duo continue to explore the depths of their sound, going for something considerably darker than their last effort, and much more electronic than folk-influenced, but still inject all the same melodic and harmonic grace that made them so delightful to begin with.

The glitchy hums of “Sound” crackle with such a distant sense of life that it’s almost startling when voices start to parse through them in electronic bliss. The patter of drums drive the looping vocal melodies for a digital folk-song for the future. Just as it seems like the duo is making a boring guitar song they chop up guitars into an edited matrix of melody on “The Glow”, for something so bizarrely enthralling you’re pulled in from the get-go. As it evolves the song turns to a beat and synth-filled dream, full of sunny melodies and drowning vocals, that has a life of its own.

The cutting synths keep going on “Die Young” around the minimalist verses of drums and sparse words. As Meath dives into her vocals the keys and layers of vocals kick in, making for a layered beast of dynamics that hits harder on every chorus. “Radio” ripples with synth lines and a pounding bass line to give the album its first real dance track, as it layers electronic line after line cleverly into its wall of sound. Meath’s vocals get more and more excited as it moves forward, harmonizing with herself through station numbers and the song’s rumbling beats.

With her shiny vocal opening Meath gleams over the popping intro to “Kick Jump Twist” as it slowly twists itself into a song. Just as it seems like it may rest as a minimalist track the shrieking choruses rock in for a distorted hit of a melody along with their signature harmonic fury. On a distant drum-line the keys and Meath build a driving mood on “Song,” going from sombre to overcoming in emotion as it moves forward. Roaring into its second verse the bass is purrs loudly giving the song a heavy since of drive, and a melodic symmetry to the Cure.

Moving back to a dance beat appropriately “Just Dancing” trickles with static sense of urgency as it moves along with Meath’s vocals adding to the sense of worry. As the beat firmly kicks in, the vocals go from concerned to encouraging and ecstatically catchy, making a for something oddly invigorating in its shift, and the chorus grows all the more catchy as it closes. The exploring synth lines of “Signal” feel like lights in the night, and even give off light sci-fi score feelings before they move into a verse. Meath’s vocals create a narrative over creepy vocal samples that turn the song into a weird melange of moody electronica and power pop, with hard stops and vocal breaks making it all the weirder.

The raw pain of “Slack Jaw” is so palpable in the timbre of Meath’s voice and the almost dead-sounding production, that it’s hard to not come apart listening to it. The defeat in the song’s lyrics and music is almost too much to bear and the fact that it leaves you on just that is all the more devastating. Ending on “Rewind” crumbling drum lines and a fluttering synth hold it all together before the satisfying chorus of harmonic vocals and synths, with the drums working oddly well given how awkward they are. The light touches of rhythms and additional voices help the song build in a moving way and take Meath’s vocals to an almost mantra-like place.

Growing on you as you listen, this record is one that definitely hooks on first listen but takes time to crawl under your skin. While almost too weird initially, it is too intriguing to put down and makes for an emotionally and sonically unique beast by the end, and will have you clamouring for repeats thanks to how much detail the duo put into their music. A strong and one-of-a-kind duo, this album has so much great writing it’s hard to find many flaws, but they may also find strength in indulging themselves in a few simpler songs down the road to keep their albums from growing too heavy by the end.