N0V3L’s video for “Notice Of Foreclosure” is described as a bitter, nostalgic submission to modernity, spiked with grief for a past forever gone and ambivalence for what lays ahead. It’s dark, danceable and loaded with new wave dissonance. The video was directed by animator Gart Darley, and compiled from images sourced from vintage magazines and then hand-cut, scanned and collaged. An endless zoom —loosely inspired by Mandelbrot Fractal zooms on youtube— the video is an oddly soothing voyage through the mind and the universe.

N0V3L’s debut LP Non-Fiction was written between 2017 and 2020, and recorded on a Tascam-388 in the band’s since-torn-down rental home. Bryce Cloghesy (Military Genius, Crack Cloud) produced and mixed the record, which trades in the first EP’s martial rigidity for a broader approach to actualising the band’s tensions. The Vancouver tear-down, previously the band’s headquarters for producing music, videos, and clothing, was slowly evacuated, as members moved out in advance of the inevitable; another casualty of Vancouver’s merciless housing market. N0V3L, once a concentrated machine, is now spread across the western province of British Columbia. 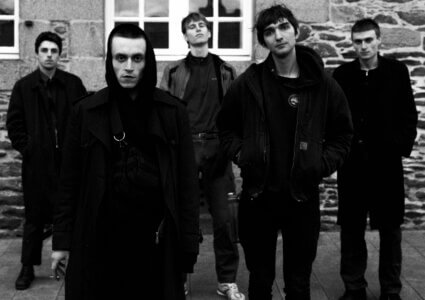