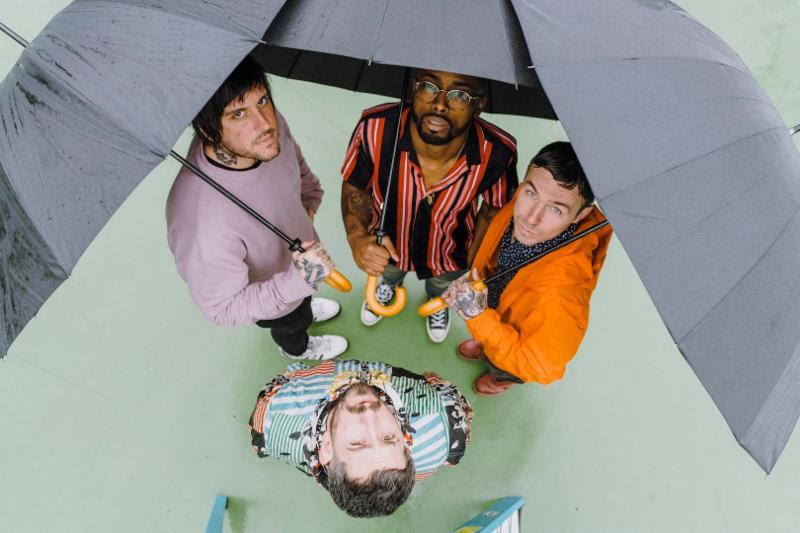 Philadelphia band NOTHING have released a new video for “Blue Line Baby”, the second single from the band’s forthcoming release, Dance On The Blacktop. The song tells a story of the Kensington/Frankford section of Northh Philadelphia in the early 1990’s, amidst its full blown opioid outbreak, using street names and landmarks as the stories protagonists. Dance on the Blacktop, comes out August 24th on Relapse records.

“Looking around at the friends and family that are still around that came from down there, I’ll always be touched by what can come out of all that chaos and suffering. Children forced to learn loss early, faced with immeasurable odds and all the while this train continually hovers over your head, taunting you with its irony that there wasn’t a way out.”

With the help of Mark McCoy, Palermo decided to tell the story of the song’s heroine Cambria, through the eyes of Shakespeare’s timeless tale, Ophelia using the Sir John Everett Millais painting as the base. Palermo then brought in visionary projection company, Klip Collective led by Ricardo Rivera whom would take the director’s seat, photographer Bryan Huynh for art direction and stylist Cece Liu. The team wove together an elegant fairy tale of “digital renaissance” as model Sara Skinner treads wearily scene to scene in alluring lights and smoke whilst draped in vintage Maison Margelia.

Dance On The Blacktop pulls from all corners of life in its contents. Stories of self loathing, self destruction, and a general disdain for humanity and its, “insignificant” role in Palermo’s vision of the universe are met with his poised amusement and tranquil hysteria being one himself. All of this told through the eyes of a recently diagnosed Palermo suggesting he is dealing with the early stages of CTE, a neurodegenerative disease found in people with serious head injuries. Palermo spews songs of heightened confusion, anxiety, paranoia, depression, and chronic battles with physical pain- a result of his unstable past and more recent illness. These themes, spoken in a lush angelic language are juxtaposed against the band’s now signature apocalyptic, reverberating wall of shimmering sound.

NOTHING worked with producer John Agnello (Dinosaur Jr, Breeders, Sonic Youth, Kurt Vile) to help accentuate the band’s love for all sounds 90s, from rock to shoegaze to pop realms and on both sides of the pond.

NOTHING
Dance On The Blacktop
Relapse Records