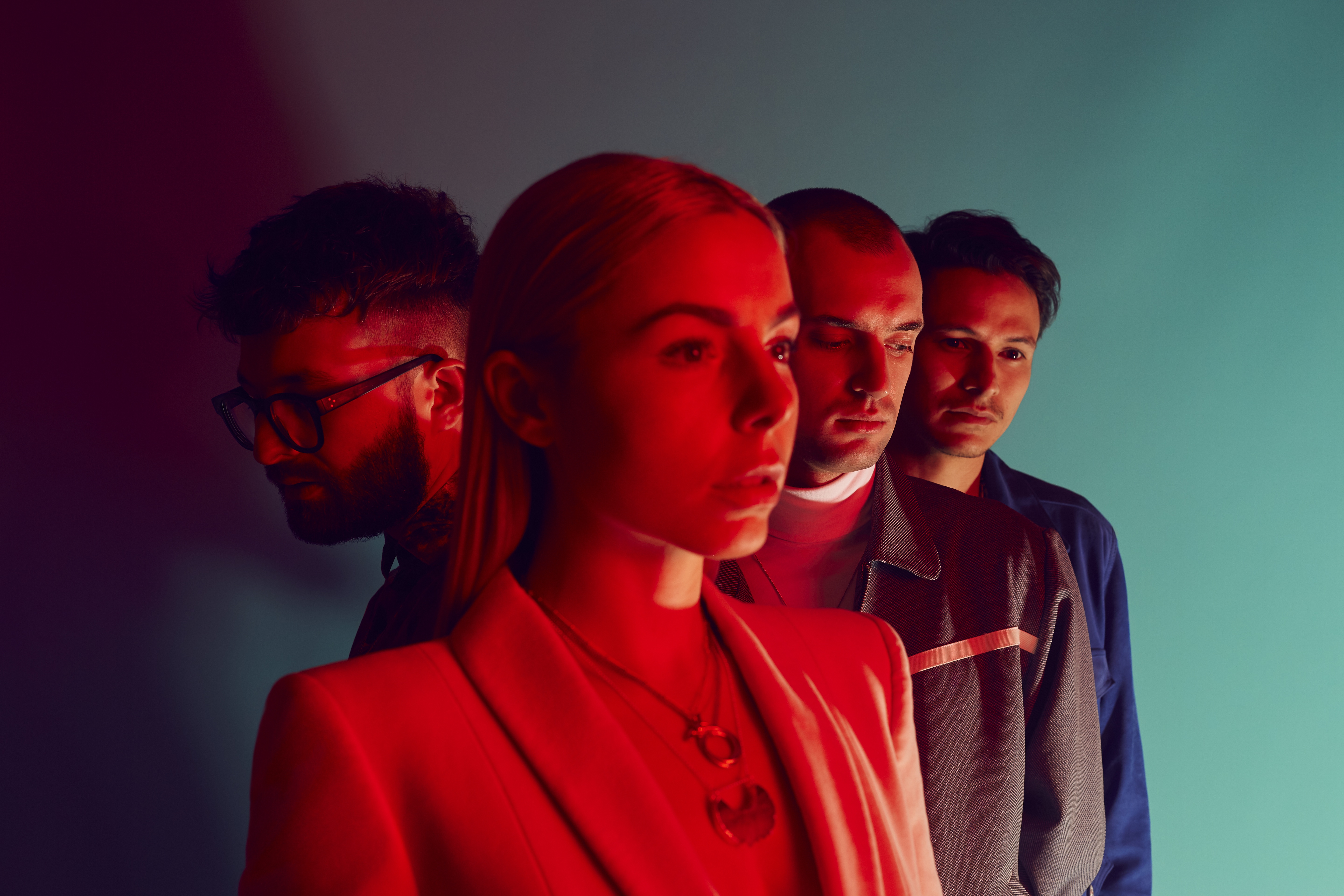 Journeying on a rapid rise to success in 2016 with their debut album Full Circle off Matador Records, one would expect London-based HÆLOS to ride through the spotlight and strike while the iron is hot. Yet their conscious hiatus allowed their individual relations to shift and solidify, paving a coherent path for their sophomore record, Any Random Kindness, coming out via Infectious on May 10th. Comprised of original members Lotti Benardout, Arthur Delaney, and Dom Goldsmith and now officially joined by their touring guitarist Daniel Vildósola, HÆLOS initially met through mutual friends in their respective music scene. Benardout and Delaney wasted no time in getting together to write their first track for “Dust” before meeting managers and flying off to North America to meet with the staff at Matador Records. After a lengthy tour, the band sifted through a variety of sounds and sonic explorations, delving deep in experimentation and reassessing their creative approach to infuse technical prowess and a dance-floor sensibility to their upcoming album.

With each member involved in prior music projects before forming HÆLOS, their formation felt like a natural transition ripe with purpose. “We’re like family now and we have that bond. We really know each other and we know how we write and how we work. It’s a really nice place to be in a band”, states Benardout. Each member brings their own individual influences and ideas into the project, manifesting into a genuine and democratic collaboration in terms of their lyrics and melodies, allowing all their collective forces to unite together rather than to work in solitude. Tensions within the band ultimately lead to creative momentum, allowing them to expose their distinctive vulnerabilities within their music and not allow fear of deconstructing their music and stepping out of their comfort zone to prevail. “We push each other to be the best we can be. If there are moments of feeling exposed and someone is supporting you through whatever you’re trying to get out creatively, doing it in a room with people that we now feel so comfortable with is a really beautiful thing.”

With Any Random Kindness, themes of technology versus the organic seem to permeate throughout. Their single for “Kyoto”, directed by Oli Prout and set in a Japanese restaurant with moody low and neon lights depicts the greedy consumption our society has of our current environment and its inherently fragile nature. Technology’s potential isolation is carefully hinted at in tracks like “Boy / Girl”, a dark and foreshadowed warning on the comforts and illusions that social media can provide when it comes to communication and relationships in our modern age.

While HÆLOS isn’t arguing for elimination of online outlets, Benardout reminds us to be conscious of the ways we execute promotion and choose to use social media. The ease and accessibility that bands now have in sharing their music and art to a diverse and far-reaching audience is undoubtedly beneficial, but Benardout adheres to the importance of live performance and old school routes to personalize the experience for a fanbase as well. To prevent stagnation for both themselves and their audience, HÆLOS keep spontaneity and dynamics a staple in their live shows, allowing change and growth to incorporate naturally in their sound. When asked to reflect on the negative aspects of the music industry and band’s use of technology, Benardout mentions that “it’s about trying to be aware of your energy that’s going into [social media] rather than creating music. When it becomes more about your persona and your image online than it does about the art is the problem.”

HÆLOS is gearing up for a month long tour which will kick off in Austin, Texas for SXSW taking place between March 12th and 17th. Excited for the festival which they last played in 2016, Benardout expresses the vibrancy the city holds and the enthusiasm of the crowds they get to play to for their headlining slots. You can catch them starting Tuesday for SXSW along with a string of other North American dates below and pre-order Any Random Kindness here: