Gulfer have shared a video for “Nature Kids.” The song is off their forthcoming self-titled release out via Royal Mountain/Topshelf Records on October 16th. “Nature Kids” follows the singles “Forget (Friendly)” and “Heat Wave.”

Vocalist/guitarist Vincent Ford explains: “The video takes its inspiration from old skate movies like Shorty’s Fulfill The Dream and features skaters from a local brand called Blacklisted. We wanted to replicate the feel-good vibes in those late ‘90s skate videos and capture that “endless summer” feeling: hanging out with your buds and wishing the summer would never end. Joey’s lyrics capture that feeling, and we feel like the video does, too!”

After touring all over the world through Japan, Poland, France, Slovakia, Italy, Germany, Czech Republic, Serbia and many more, and sharing the stage with the likes of PUP, Joyce Manor, Foxing, Into It. Over It., Title Fight, performing at festivals such as SXSW, ArcTanGent, and Pop Montreal.

Gulfer is out on Royal Mountain Records and Topshelf Records on October 16th. It is available for pre-order here. 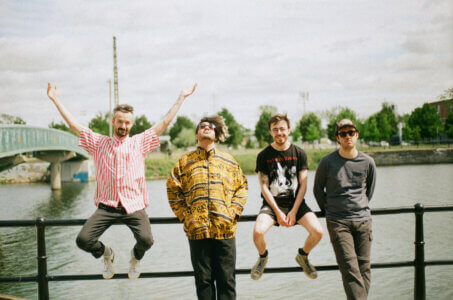