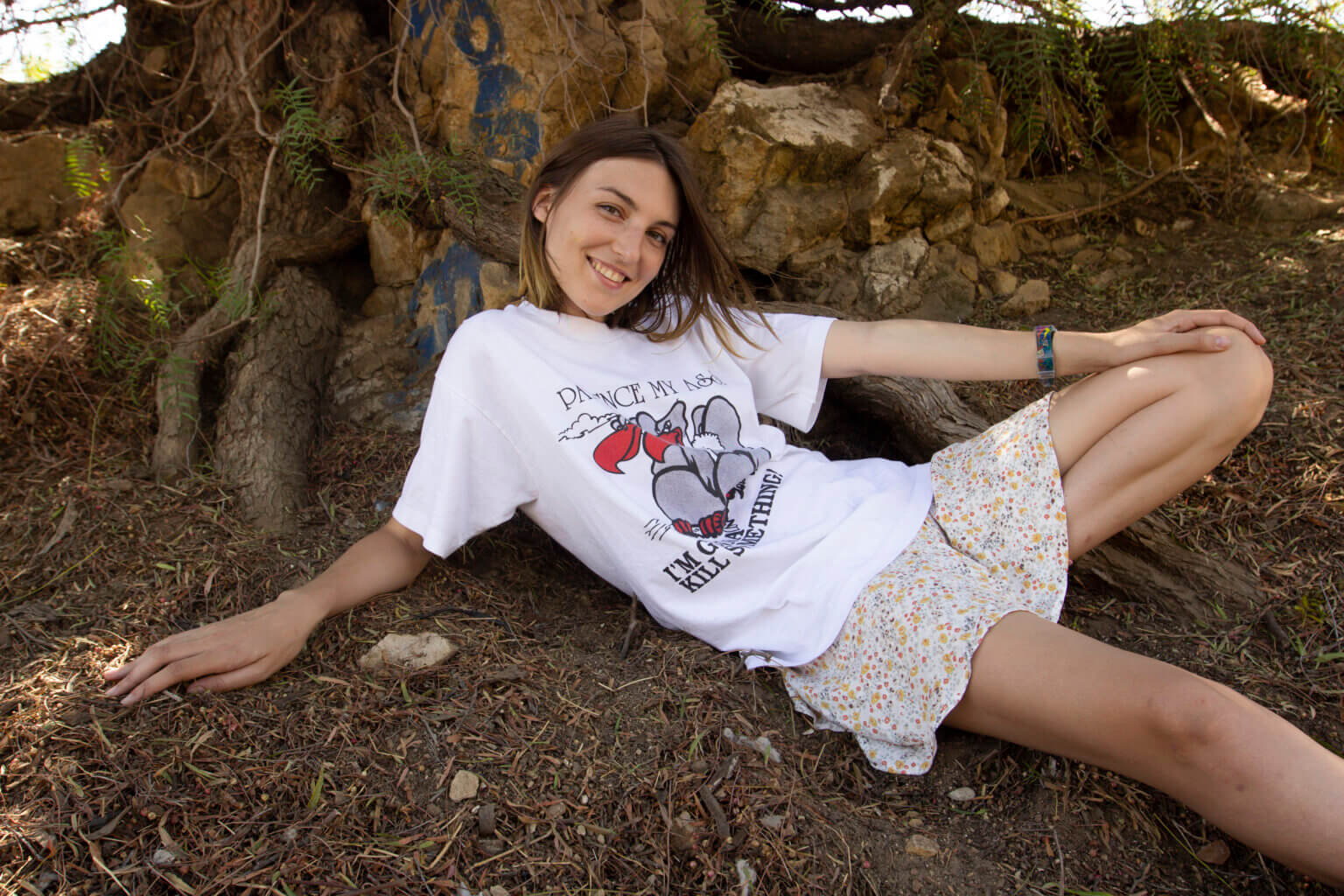 Naomi Alligator, aka: Corrinne James, announces her new album, Double Knot, with a self-directed video featuring original animations for lead single and album opener “Seasick.” The full-length drops on July 1, 2022 via Carpark. On the track, Naomi Alligator is already in the midst of a sort of awakening. Right off the bat, she sings, “I don’t know what’s happened to me / It’s like I turned 16 / It’s like I grew to be 6-feet tall.” This is the announcement of a wide-eyed artist coming out of hibernation and into their own. Still, Naomi’s vocals ache with guilt and longing, belying the track’s playful catchiness. Longing for what? Maybe attention from a crush, but mostly a sunnier place to call home.

“‘Seasick’ is a song about loving someone or something so much that it makes you sick,” says James. “I have this vivid memory of being a kid and looking up at a canopy of trees while I was swimming. The sky was really pink and it was kind of scary, but I felt really happy. I think that is my favorite moment of my whole life, haha. I think that being in love takes me back to that memory–where everything is safe and magical.”

Naomi Alligator’s music is Inspired by Liz Phair’s lo-fi and poetic Girly-Sound tapes, James began uploading her own intimate self-recordings on Bandcamp under her secret, amphibious alias. As she was wrapping up her studies at the University of Virginia, people started to notice. In 2018, after a string of online Naomi Alligator releases, James was invited to perform at the Twisted Branch Tea Bazaar in Charlottesville. She soon became embedded in the city’s DIY scene, playing regularly with a group of local artists who would become the band Orange Folder. The pandemic put the brakes on their live shows, but all the while James continued to evolve her modern, folk arrangements and self-release music as Naomi Alligator. In May 2020, she put out the aptly titled Small World, her first full-length album.

Pining for a new scene in a different city, James moved to Los Angeles during summer 2021. Omnivorous in her desire to stretch her sound, James began incorporating banjo and synths into her work. In October of that same year, Naomi Alligator made her Carpark Records debut with a 4-song EP called Concession Stand Girl.