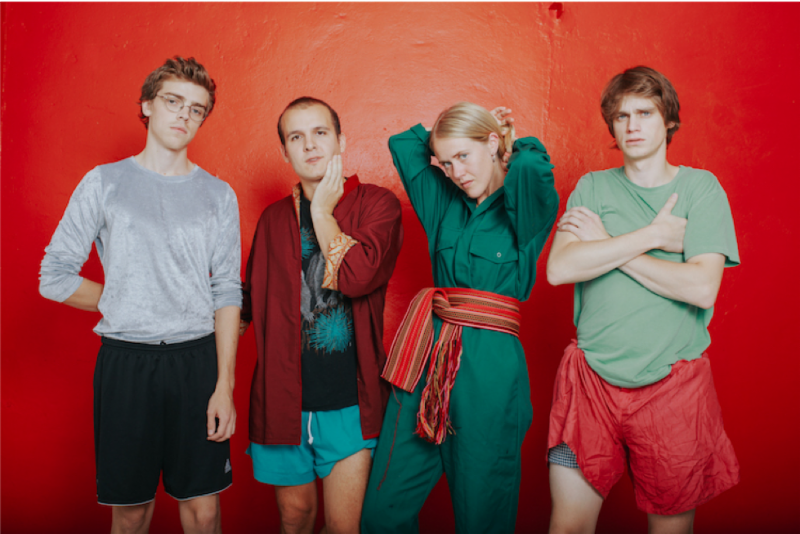 Late last year, Norwegian quartet Pom Poko, revealed their debut album Birthday. The full-length will be released on February 22nd, via Bella Union. The four-piece have also shared the lead-single “My Blood”.

Pom Poko are comprised of Ragnhild (lead vocals), Ola (Drums), Jonas (Bass) and Martin (Guitar). The four met while all studying at the Trondheim Music Conservatory in Norway. The group cite a range of questing influences on their unique sound, including “(West)-African music like Oumou Sangaré and Ali Farka Touré; indie bands like Vulfpeck, Palm and KNOWER; noisy high-energy bands such as Hella and Death Grips; and music with interesting lyrics such as Jenny Hval and Nick Drake.”

“We’ve all done lots of improvised music in the past, and I think that shapes the way we play, even though the tunes are not improvised. We like when new and strange things happen in an old song, and that music can change over time by being played live, because that removes predictability and the ‘recipe’ that some genres of music have.”

Speaking about the origin of their name, which is taken from one of the more vigorously outré films by Japanese animation visionaries Studio Ghibli, the band explain, “The Pom Poko film captures a lot of what we’d like our concerts to be: high energy, fast pace, lots of stimulus for eyes and ears – and most importantly, really crazy and fun. The movie is basically the time of your life for two hours, and afterwards you’re in some state of exhausted ecstasy. Plus the raccoons in the movie, and raccoons in general, are really badass.”