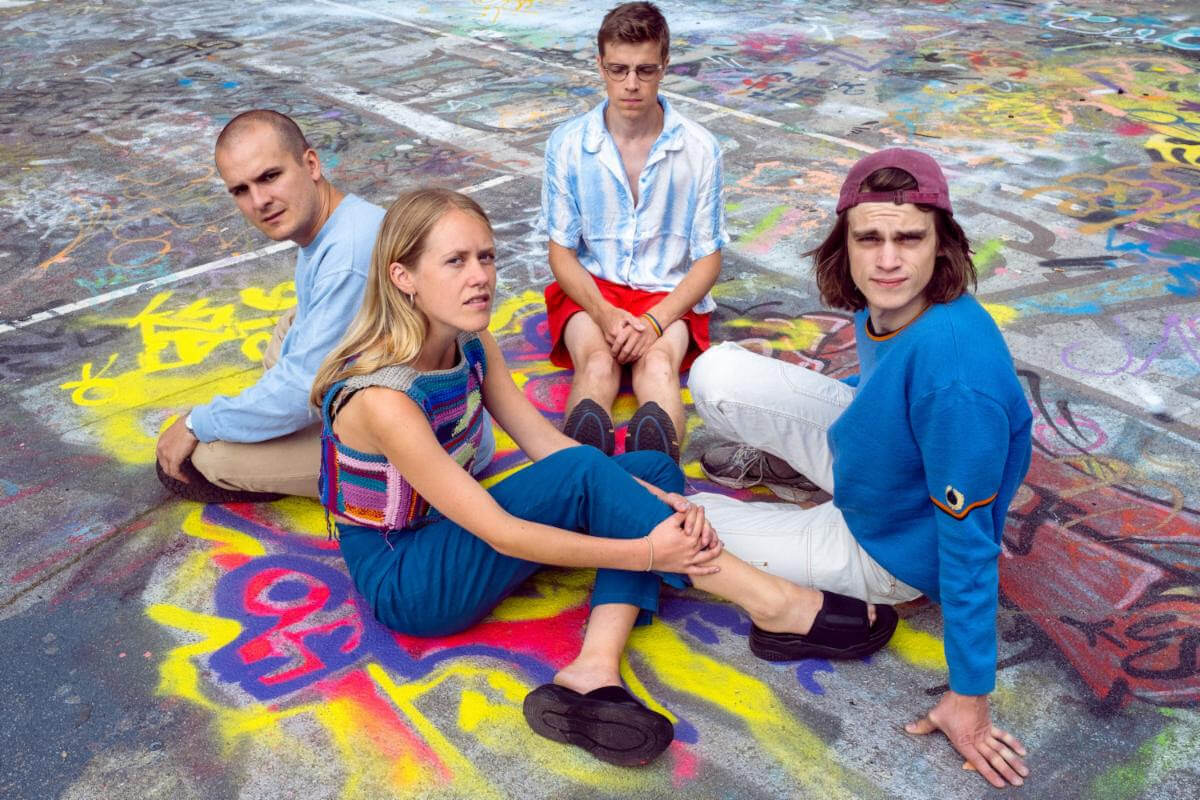 Pom Poko have shared shared their new single “My Candidacy”. The track follows the recent announcement of their forthcoming release Cheater, which drops on November 6th via Bella Union. According to the band: “the song itself is about the wish to be able to believe in unconditional love, even though you know that there probably is no such thing. We, at least, believe in unconditional love for riffy tunes with sing-song choruses.”

Member, Ragnhild Fangel explains of the leap from Birthday to Cheater, “I think it’s very accurate to say that we wanted to embrace our extremes a bit more. In the production process I think we aimed more for some sort of contrast between the meticulously written and arranged songs and a more chaotic execution and recording, but also let ourselves explore the less frantic parts of the Pom Poko universe. I think both in the more extreme and painful way, and in the sweet and lovely way, this album is kind of amplified.”

Cheater was Written in the same run that produced interim releases “Leg Day” (with its playful dance-based video) and “Praise”, and recorded/produced in cooperation with Marcus Forsgren (Jaga Jazzist, Broen, Arc Iris), Cheater does its predecessor proud on every front. Bursting with colour and wonky life from its cover art (by close collaborator Erlend Peder Kvam) outwards, it differs from Birthday primarily in that its songs did not have a chance to be road-tested before going into the studio. But you wouldn’t know it. As Ragnhild explains, “That meant we had to practice the songs in a more serious way, but it also meant the songs had more potential to change when we recorded them since we didn’t have such a clear image of what each song should/could be as the last time.”