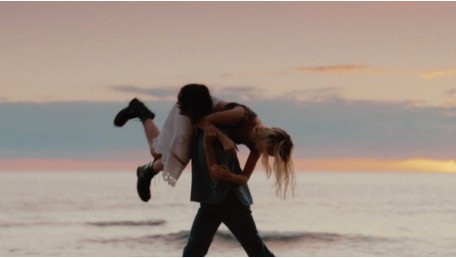 MØ’s video for “Drum” has arrived! The song is co-written with both Charli XCX and Noonie Bao and produced by BloodPop. The video finds MØ reunited with director Georgia Hudson.

“The video tells a story about moving forward and letting go of the past,” says MØ, a.k.a. Karen Marie Ørsted. “Even though it sucks and we sometimes don’t understand our own decisions—we have to go through with them in order to grow.”

The videos director Georgia Hudson added “It was great to reunite with Karen again, this was an opportunity to make something big and beautiful that could scream as loud as the track. She is the most phenomenal ball of energy—unrelenting, positive and entrancing—and probably the most charismatic performer I’ve worked with. I could have cut three videos out of all the insane performance footage she gave us, a true joy.”

MØ will play select, very special North American dates this fall, including Terminal 5 in New York on December 3 and Washington, D.C.’s 9:30 Club December 6. MØ is set to play further U.S. shows, postponed from this year, next spring. See below for full details.

Keep an eye out for MØ’s second album, which is due for release early next year.