The Shifting Tides of Menace Beach 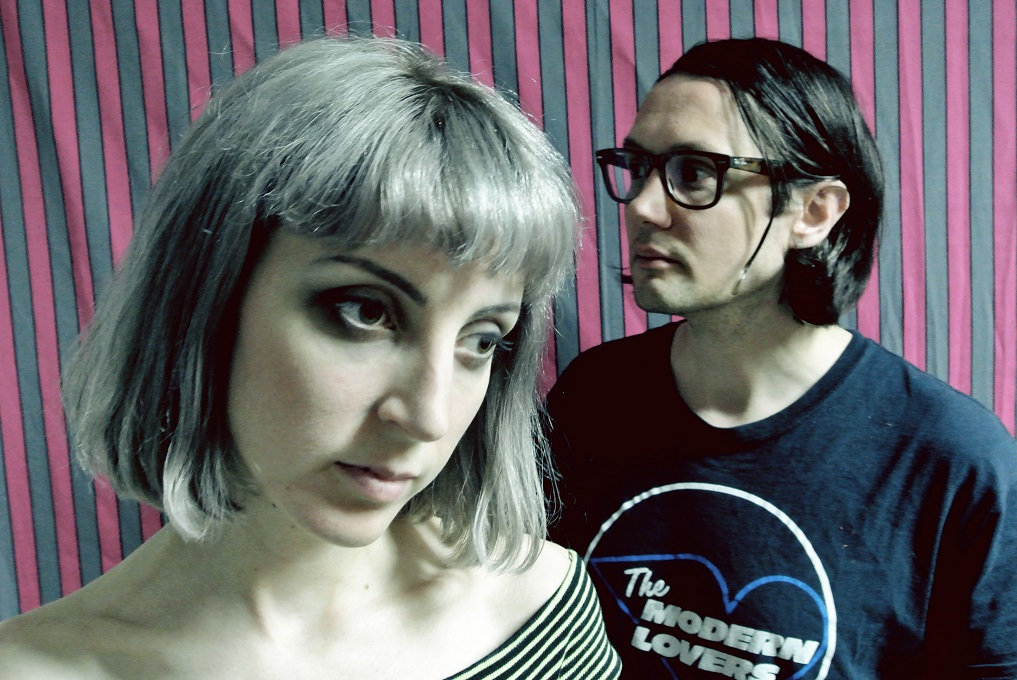 After Menace Beach’s last album Lemon Memory the band took an eight month break with fans wondering what was next. As they returned with more synths than before, Menace Beach was taking a more electronic focus on their new record Black Rainbow Sound. We caught up with guitarist Ryan Needham ahead of Menace Beach’s album and U.K. tour to discuss artwork and their change of pace.

Northern Transmissions: How did the process behind this record differ from Lemon Memory and what lead to the late-night writing sessions between you and Liza?

Ryan Needham: A lot of it just came out of not playing together too much really. We did one short tour after that last album and then we didn’t see each other for almost 8 months for a bunch of reasons. Then when Liza and I sat in our home studio, we’d be there all day listening to stuff and sharing music on our sort of communal radio. Liza wanted to play with more synthesizers so we’d get home and work right into the night on music. It was definitely more influenced by Liza this time in that way as well.

NT: I understand a lot of this was feeling you wanted to move beyond guitar noise and involve synthesizers as well?

RN: I think so. But it’s also a lot easier to work into the night with synthesizers, just plugging in headphones. Because you know guitars only sound good when you blast them out at insane volumes in a room, which wouldn’t work for how we were writing this time. But plugging synths into a four-track and cranking it up in the headphones was much more sustainable in our residential living. Liza said to that she always knew exactly what was going to happen when she picked up a guitar, which I got because she’s always been in more of the keyboard realm. She’s also a wizard with the analogue synths, which was all totally new to me. I’m learning and it’s totally fascinating, but I can see why there are degree courses for synthesizers. Liza always makes it wonky, odd and creepy which I’m definitely into.

NT: How did you get involved with Matt Peel to produce the record, and what kind of sounds did they offer Menace Beach?

RN: Some of our friends had recommended his studio because Liza has a nice synth collection but Matt has this collection that you couldn’t buy without thousands of dollars. We usually take demos in and remake them in the studio because they sound rubbish. But this time we’d recorded with electronics and Matt could already hear the character of the album in those. Matt talked about just adding live drums and guitars to it, which was interesting because it didn’t have any guitar on it at first and I wasn’t sure what I would play live. We just pulled it apart, and Matt did a lot of work without seeming to do anything. He’s always doing something on the board or adding to the conversation, which is good because we’re quite vague about what we want.

NT: Alternatively Brix Smith of The Fall came onboard too, so what was it like working with her?

RN: She did a couple guest radio presentations for Iggy Pop on BBC Radio 6 and she’d played one of our songs. She went on this big tear about how the song made her feel and compared us to all these bands, which felt amazing. Liza messaged her on Twitter to thank her and they started chatting up after that. Originally she was going to come up to write and play guitar but she was busy. We ended up sending her the tracks with an idea about the song, and she would send us six takes for each track to let us choose what to add. We’re working on doing something together in person though because she’s this ferocious energy and quite an extraordinary human.

NT: How did all the dark times around us these days influence you to write “Crawl In Love” as a counter measure?

RN: That was just a personal thing I suppose. Halfway through the writing process we got into this feeling lyrically that the world was insane, like something out of science fiction. We felt like we were living in a dystopian future after the last couple years, in the U.K. especially. Normally I try and shut off from that kind of writing, but in this case it was more of an escape really. It sounds like a cop-out but we wanted to find some sort of light in what’s happening.

NT: How did you get involved with Sara Serna for the “Black Rainbow Sound” video and how much of the concept did each of you bring?

RN: I got in touch with her because we’d made a lot of our own videos and they’d always been lo-fi. We’ve always been into animation and collage artwork, and we’d done a lot of our album artwork that way but never in a video. We looked up artists on Instagram and we loved her style, and she incorporated bits of her Colombian history. She was up for it and then we found out she was also a musician in a band too so we sent her the record. She’s working on projections for our live tour too, which should hopefully be along the same lines but perhaps less strobe-like if you’ll be watching them for an hour. (Chuckles)