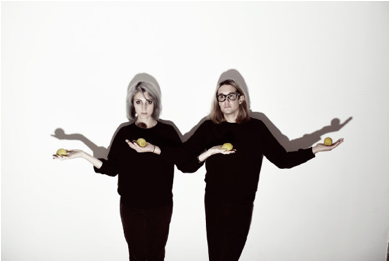 UK band, Menace Beach, will release their new album Lemon Memory on January 20th. Listen to “Maybe We’ll Drown” via Soundcloud below. The album was Written in Ibiza and recorded in Sheffield with Ross Orton (MIA, Arctic Monkeys, The Fall).

“Maybe We’ll Drown” is, for Menace Beach at least, an exercise in restraint, the fuzz and distortion turned down, a big last chorus avoided. Liza explains, “The one ‘rule’ thing we went into the album session with was to keep in mind that sometimes doing The Opposite is much more interesting”. Neatly encapsulating millennial worries in the lyric “maybe we’ll drown, maybe we’ll all drown” Liza takes the lead vocal as she does on much of “Lemon Memory”. Indeed, if debut LP Ratworld was Ryan’s record, “Lemon Memory” is very much a Liza record. Ryan explains “Liza got that look in the eye and a head-down-blinkers-on thing, and only a moron would try and get in the way of that. It’s all about keeping those ideas in their purest form and diluting as little as possible.”

Can’t Get a Haircut