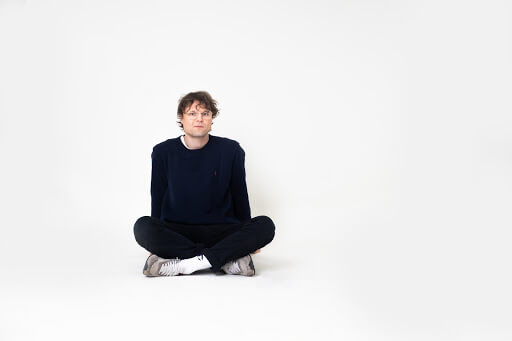 Menno Versteeg is the very definition of a “good egg” That’s the best way to put it. He’s just a good egg. It came across consistently during his 12 years fronting Hollerado – a band whose unpretentious camaraderie with its fans was every bit as key to its sustained success as its ability to sneak a bona fide hit (https://www.youtube.com/watch?v=a37nKM4TSc4) onto the rock-radio airwaves every so often – and it’s come across in the slow-but-sure rise of Royal Mountain Records, the label he co-founded with musician-turned-manager Adam “Bix” Berger in 2009, as an artist-forward Canadian indie imprint nobody talks shit about behind its back. It came across, too, when he announced in February of 2019 that Royal Mountain would be turning a small, unexpected financial windfall into a no-questions-asked fund for label signees seeking treatment for mental-health and addictions issues (https://www.thestar.com/entertainment/music/2019/02/05/toronto-indie-music-label-royal-mountain-steps-up-with-a-first-a-fund-for-artists-mental-health-needs.html). And, these days, its coming through loud and clear yet again in the unfussily open-hearted pop tunes gathered together on his debut album as Mav Karlo, Strangers Like Us (https://royalmountainrecords.com/collections/mav-karlo/products/mav-karlo-strangers-like-us), an amiable creeper of a record quietly released on Oct. 16 via, yes, Royal Mountain Records.

Versteeg’s general “good egg”-ness is on further display when he insists on driving to pick up a certain writer caught in the rain en route to an oft-delayed “wing night” date on a particularly miserable recent evening in Toronto. And then again, to some extent, when he modestly (by association) fails to mention at all the fact that wife Annie Murphy – long the secret weapon in the talented cast of Schitt’s Creek playing sweetly airheaded daughter Alexis – has picked up a trophy at the Emmy Awards for “best supporting actress in a comedy series” just a couple of days before amidst that Canadian sitcom’s history-making Sept. 20 sweep of the Emmy Awards (https://www.nytimes.com/2020/09/20/arts/television/emmys-schitts-creek.html) until the same writer finally brings it up. And then yet again when he lets slip (unofficially at the time) that he’s about to head east into the “Atlantic bubble” and quarantine for two weeks in a bed-and-breakfast outside Peggy’s Cove, NS, simply so that he might finally experience the joy of playing some of his Mav Karlo songs out loud in front of actual human beings during a COVID-stricken moment in history when such opportunities are few and far between for working musicians.

“I just went into the studio to record the first tracks off my third album and I’ve still literally never played a show,” laughs Versteeg, who is indeed fresh from a run of sessions with west coast guitar god Luke Doucet of Whitehorse/Veal infamy, sometime Born Ruffians/Del Bel drummer Adam Hindle and producer Gus Van Go when we speak two weeks before Strangers Like Us’s release. “Isn’t that bonkers?”

The self-explanatorily named “I Drove Here and Slept in My Car and Only Peed on the Side of the Road and Quarantined for Two Weeks, Oh and the Shows Are All Socially Distanced” tour kicks off in Charlottetown, PE, on Nov. 11, heads to Halifax on Nov. 12 and then decamps to St. Johns, NL, for three shows with Adam Baldwin before returning to mainland New Brunswick for dates in Moncton and Fredericton on Nov. 18 and 19, respectively. There’s nothing strategic about it; it’s purely a love-of-the- game thing. As, frankly, is the entire Mav Karlo endeavour, which Versteeg first unveiled last March with the homespun Reno Tapes EP.

“The thing about this album that’s kind of cool is no one’s living is depending upon it,” says Versteeg. “The label’s fine without Mav Karlo money. I don’t have a manager, I don’t have an agent, the band’s been paid and I like that. There’s no pressure. I don’t give a fuck how it does.” Versteeg has aleady demonstrated that he can work the system when he needs to, albeit slyly. Anyway Gang, a CanCon-indie “supergroup” in which he convened Sloan’s Chris Murphy, Sam Roberts and Tokyo Police Club’s Dave Monks for last November’s eponymous Anyway Gang album – not to mention a thoroughly loose Jan. 17 performance before a jammed Horseshoe Tavern in Toronto featuring covers of Billy Idol’s “Dancing With Myself” and Dire Straits’ “Walk of Life” that Versteeg counts as “one of the most fun shows I’ve ever had in my life” – managed to land a bona fide No. 1 hit (https://www.socanmagazine.ca/news/socan-honours-anyway-gang-with-no-1-song-award/) on Billboard’s modern-rock chart on Dec. 2 and 9 of last year with the subversive party anthem “Big Night” (https://www.youtube.com/watch?v=D7zDFHct-x4).

“If I want a No. 1 hit, I just call up three of Canada’s best songwriters ever and convince them to be in a band with me,” he says, matter-of-factly. “That’s how you get a No. 1 hit and that was Anyway Gang and that was super-fun. But that was also, like, ‘Let’s see if you can reverse-engineer a No. 1 hit.’ And it turns out you can. So okay. Fine. Done that.”

Anyway, yes, if Menno Versteeg sometimes sounds like a free-spirited but earnestly thoughtful pal unselfconsciously baring his soul after a couple of beers on Strangers Like Us (https://northerntransmissions.com/mav-karlo-strangers-like-us/) that’s because he could easily be that pal. What you hear is who he is: a good egg. An occasionally troubled one, perhaps, but a good egg trying move past those troubles.

Strangers is less raw than Reno Tapes, which was self-recorded over the Christmas holidays during a dark solo trip to Nevada during which Versteeg jokes that his family was convinced “he’s just gonna shoot himself, and that’s not just because Versteeg brought in producer Chris Coady (Beach House, Future Islands) to give his songs a little extra sparkle this time around. It’s also because the songs themselves have rejected wallowing for self-betterment.

On “Detonator” he sings of being “so embarrassed by my behaviour I had to pretend not to care,” for instance, but by the cathartic last track, “Treasures,” Versteeg has concluded that “I’m tired of blaming others / So it’s time to look at me.” The album’s general vibe is one of self-examination and moving on, maybe belatedly growing up a little.

“The goals were to let the lyrics be the thing and to really be raw about it and not hide behind ‘coolness’ or, like, embarrassment and let it all hang out. Y’know, take a pie in the face if I need to,” says Versteeg, conceding that the Mav Karlo alias has become a place to delve into a personal penchant for “looking at the worst side of things” and scrutinizing some “pretty gross shit” within and without himself. “There’s a self-examination that comes through songwriting, I find. When I just sit there and think about my life and what got me to where I am it doesn’t really have the same effect as if I start writing about it. That’s just how I am. But I also like being able to talk about dark shit without taking myself too seriously, not being afraid to laugh at myself.”

Strangers Like Us functions as a statement of singer/songwriterly “maturity” on the part of Versteeg, and that’s one reason Versteeg and old friends Dean Baxter, Nixon Boyd and Jake Boyd decided to hang it up after four albums and more than a decade together(https://northerntransmissions.com/hollerado-interview-ending/) with 2019’s Retaliation Vacation LP: itwas, Versteeg says, “impossible to grow up in Hollerado.”

Hell, he admits, simply honouring the nightly exertions presented by the band’s One Last Time Tour – which concluded with three hometown shows at Toronto’s Danforth Music Hall on Dec. 11, 12 and 13 of last year plus a final “karaoke” jam at the Horseshoe Tavern on Dec. 14 – took years off the lives of everyone involved. And that was fine. That was that. The fun involved was why the lads in Hollerado did it one last time; moving on was the other part. The whole Mav Karlo endeavour has, thus, been about solitary “exploration,” the desire to “lyric my face off,” warts and all, and “not worrying about fitting into anyone else’s aspirations or trying to be more musical than I am.”

Also about friendly collaboration. Strangers was made with sturdy right-hand man Nixon Boyd, Charlie Spencer from Dizzy, Katy Goodman of Vivian Girls and former Free Energy drummer Nick Shuminksy amongst “various other buddies” and, he says, “that’s the way I like doing this. These were 100-percent friendly sessions.”

The success of Royal Mountain Records derives from similarly pure intentions. Versteeg approaches A&R as a fan, first and foremost, and his enthusiasm for the likes of Alvvays, US Girls, Mac DeMarco, Orville Peck, METZ, Dizzy and Chastity, along with American imports Calpurnia and Wild Pink, has had the label on a consistent winning streak for several years now. Royal Mountain also treats its artists like human beings, however, so they tend to stick around.

Take the aforementioned mental-health fund, for example, which Versteeg says “has gotten more usage in the last two months than it’s ever gotten.” A depression sufferer himself who derived the name “Mav Karlo” from his own initials and the last name of a tour-manager friend from Russia, Theo Karlo, who committed suicide last year, he’s well aware that in nearly every band lurks someone struggling with mental-health demons or substance-abuse problems and that they’re probably too broke to do anything about it. So he decided to do something. Even if $1,500 for counselling won’t necessarily be “the magic bullet” in every case, it’s better than nothing.

“We treat our artists well and we pride ourselves on that and I can honestly say that, for the most part, they’re generally very happy with the way that things go and that’s why it’s been successful,” he shrugs. “It’s not fuckin’ rocket science. Somehow I went from being a guy who literally knows nothing about business or the music ‘industry’ and made one of the most successful labels in the country when the only thing I was doing was being, like, ‘Don’t be an asshole to people and don’t rip people off.’ Just doing those two things and everyone loves you? It’s, like, ‘Wow, this is a testament to how shitty the music industry is.’

“It’s funny because I generally hate the music industry and I generally hate a lot of the people in it and I hate that I’m one of those people. So making music is even more important to me. I’m not really trying to prove it to anybody – maybe a bit to myself – but what comes first is making art.” 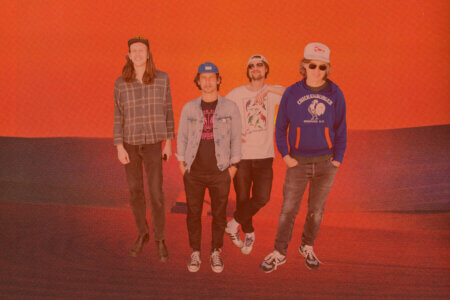