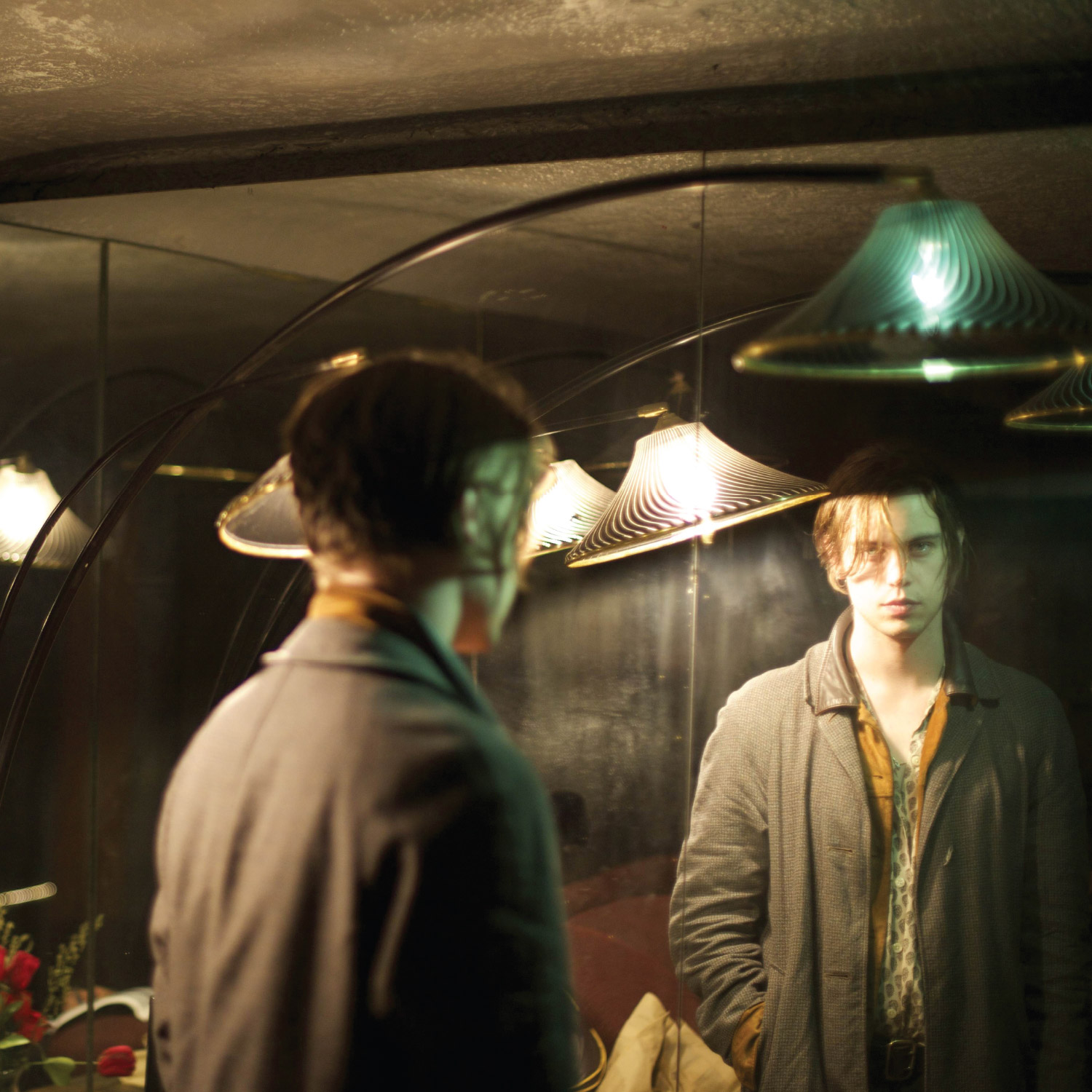 This World Is Not Enough is the debut full length album from Iceage frontman Elias Bender Rønnenfelt’s Marching Church project.

Read Rønnenfelt’s letter regarding his new album below:

“Although I have done a few things under the Marching Church moniker since 2010, the project, as in the constellation on this album, was born in November 2013 with Kristian Emdal and Anton Rothstein (Lower), Cæcilie Trier (Choir of Young Believers), Bo H. Hansen (Hand of Dust, Sexdrome) and Frederikke Hoffmeier (Puce Mary).

We had agreed to play with Pharmakon at Mayhem, our warehouse space in Copenhagen, even though I hadn’t done anything with the project for quite some time. With two months before the show, I threw together a few half-thought-out ideas and sketches, presented them to the new band, and was amazed to see how the songs took life in their hands. I had a picture in my head of me in a comfortable arm chair, adorned in a golden robe, leading a band while a girl kept pouring me champagne. “What would this picture sound like?” was the question.

For some songs I was inspired by my friend Jamie Cripps, who unfortunately is no longer with us, and his project The Pale Horse, as well as a record by David Maranha called Antarctica that I was played one night at my favourite bar, The Nightingale in Tokyo. Those records made me want to create something that sounded half asleep and like it was being dragged across the ground, or smoldering in a bonfire, in order to keep on playing. At least that was the initial inspiration, in time it got a bit overtaken with an idea of being the leader of a soul group—people like James Brown, Young Americans-era David Bowie, and Sam Cooke were inspirations in this aspect.

Improvisation, something I have never done before, was crucial in the making of this album. The album works because of the band’s incredible ability of breathing life into these loosely written and at times very simple ideas and experiments. Though Marching Church might be a dictatorship, This World is Not Enough was very much a collaborative effort. Everyone involved does other projects as well, but I wouldn’t want to see it as a “side project”. That term seems degrading.

In conclusion, half-disgusted with talking about myself, I’m going to leave you with This World Is Not Enough—eight songs of nocturnal longing, preposterous self-obsession and cockeyed etiquette.

MARCHING CHURCH
THIS WORLD IS NOT ENOUGH
3/30 in UK/EU on POSH ISOLATION
3/31 in N.A./ Rest of world on SACRED BONES

Hear the new track “Hungry For Love” below!