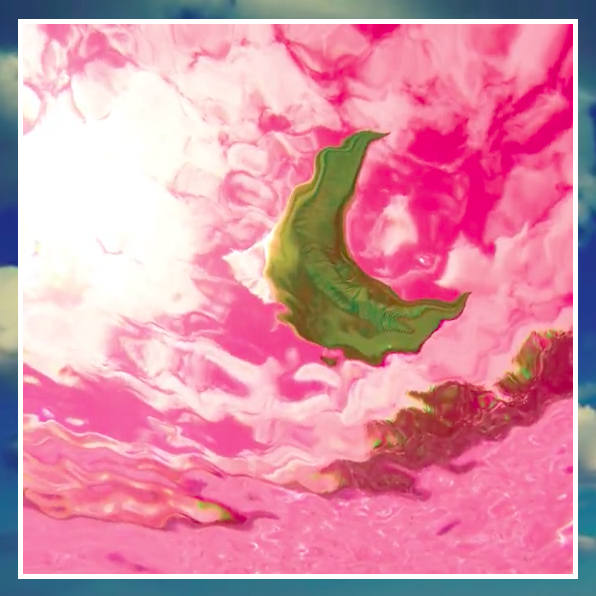 On Django Django’s third album Marble Skies, they scale down the eye-widening polyrhythms of their dense previous album Born Under Saturn without denying themselves the sense of adventurism that the British art rockers have possessed since their self-titled debut.

Django Django drummer/producer David Maclean has opined that Born Under Saturn is a bit bloated. Seemingly in response, they have reduced the run-time of Marble Skies to 41 minutes as opposed to Saturn’s 57. The 10 songs on Marble Skies are more concise and more cohesive; Django Django know exactly what directions the songs need to go in, what heights the songs need to reach.

As soon as the opening title-track begins, a feeling of lifting off sets in. Suddenly, Django Django tunnel through a mini galaxy of vocoder effects and blinking keyboards. Despite starting from such a high spot, Django Django immediately ground themselves with a temperate beat on the next song “Surface to Air”; the balmy voice of Slow Club’s Rebecca Taylor increases the humidity. Then, following the swaying psych-pop of “Champagne”, the band enter another gateway, to the full-on tumbling, fumbling psychedelia of first single “Tic Tac Toe”. Here, Vincent Neff’s vocals harmonize and echo to disorienting effect. Ironically, “Beam Me Up” is not the most spacy song on Marble Skies; rather, “Real Gone” packs the beaming synths.

Even at Django Django’s most basic, they treat each song like its own contained universe, if not in terms of comparative simplicity then in musical style. “Champagne” stands out as a steady pop-jangler. The buoyant, piano-based “Sundials” crests with feathery orchestral flourishes. “Further” is a swamp-blues- stomp, as close to reality as Django Django come on Marble Skies.

Maclean calls himself and his bandmates creatures of habit. One “habit” they’ve developed beginning with Saturn that continues serving them well is writing collaboratively. Django Django’s first album came together like a collage of each member’s disparate ideas, but everyone’s most prominent asset blooms on Marble Skies: Tommy Grace’s lush synths, Neff’s chameleonic guitar and abovementioned vocal harmonies, the depth Jimmy Dixon creates on bass.

With Marble Skies, Django Django prove that size does not equal strength. Although their debut album earned them a nomination for the Mercury Prize in 2012, Marble Skies is their fundamentally strongest effort to date. The full-length comes out January 26th via Ribbon Music.