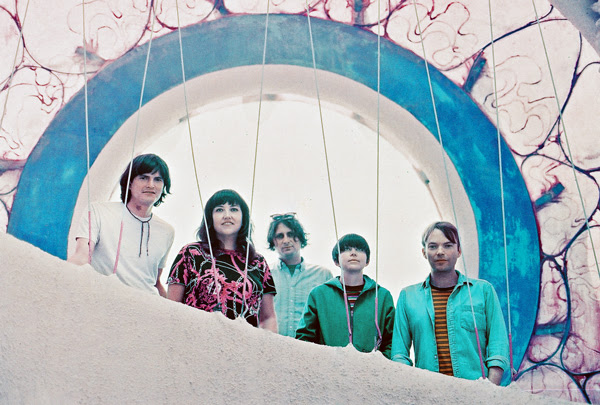 Bay Area garage-pop band The Mantles announce their latest musical offering, ‘All Odds End.’ The new album will be released via Slumberland Records on October 16 (pre-order on iTunes and on CD/LP). This week the band shares the first taste of the record with the breezy “Doorframe”.

The theme of the album seems to extend to the making of All Odds End. The band reunited with Jason Quever, song-smith of Papercuts, and master of vintage audio production who recorded The Mantles’ much loved early single, “Don’t Lie”. Quever had all his boxes packed for a move to L.A. while recording and mixing the album, with his equipment his only belongings out of storage. The situation meant an already attentive, sound-romancing producer had an even more heightened focus on the song’s ingredients, and appreciation of how they form a greater whole. It spills right off of the layered “Island,” which grows as it goes along, motored and punctuated by the interplay between Olivares’s vocals and Virginia Weatherby’s steadily propulsive, detailed drumming. It’s apparent in the stark, bracing “Lately,” where acoustic guitar has the sharp-to-blind beauty of morning sunlight.

For this album Olivares, Weatherby, and lead guitarist Justin Loney were joined by Matt Bullimore on bass, a New Zealand native and member of Oakland’s Legs, and Carly Putnam on keyboard. These two new members energize the band into exploring territory that ranges from the staccato bursts and messy wisdom of “Police My Love” (which draws from a crazy variety of lyrical inspirations), to the country lilt of “Undelivered,” to the casually anthemic SF-to-LA tilt of “Best Sides.”