4 months ago
Words by Adam Fink 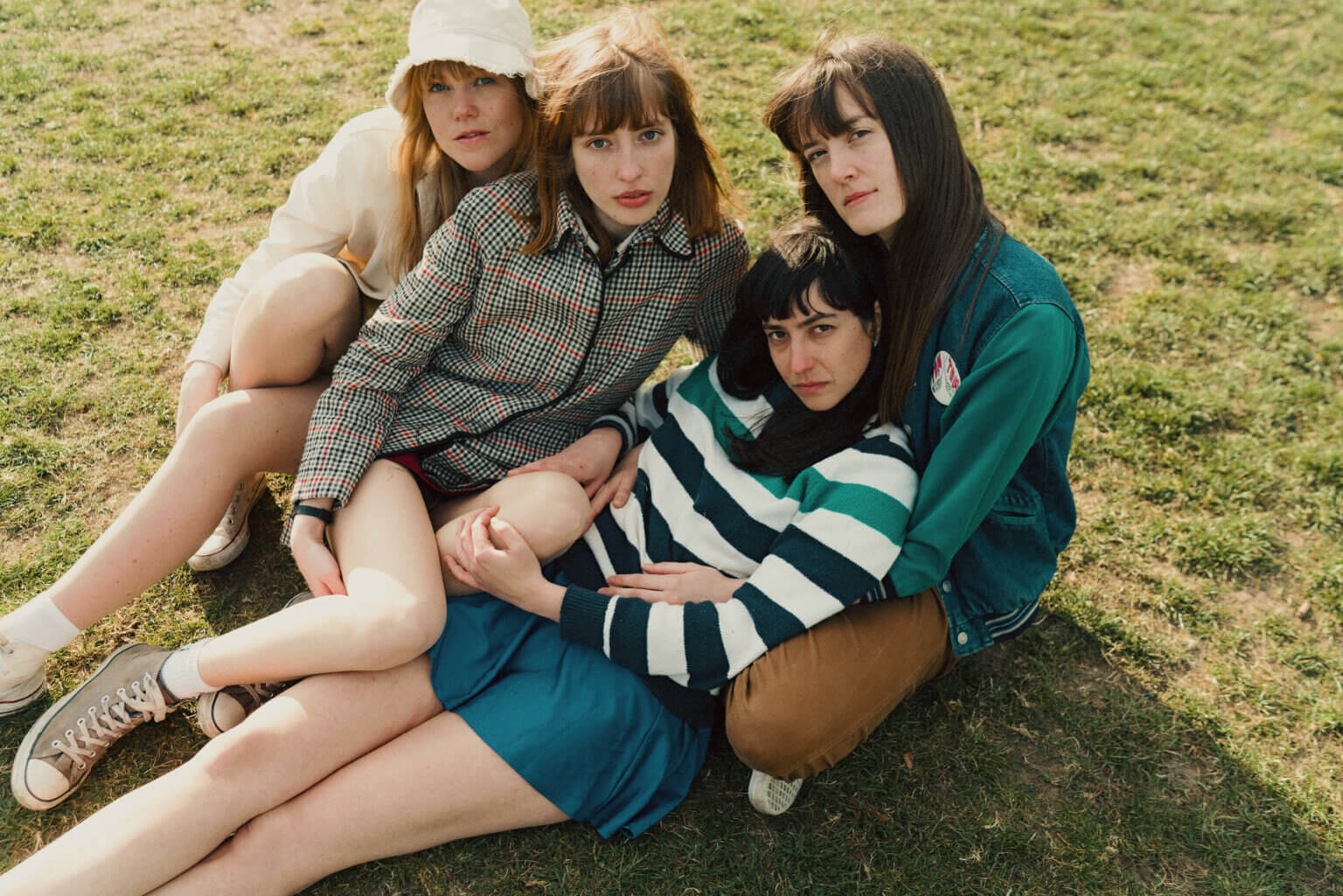 There is an intangible magic that is felt when all the right pieces for a project fall into place. It’s not only about the songs, important yes, but also the players and those players’ chemistry with each other. In certain cases, even having one of these things out of line can make or break a band. In the case of London, UK based Los Bitchos, the ingredients they needed for their success fell into place perfectly. The genre hopping, instrumental party starters have just released their debut album, Let The Festivities Begin, and it is a blast from start to finish. A bit of an outlier in terms of contemporary rock music, the record blends Turkish psychedelia with surf rock textures and a never ending supply of charisma, all without one single lyric. To call the album a throwback actually does it a bit of a disservice.

While it does take it’s cues, musically and aesthetically, from those 60’s Dance Party albums you still find littering the bins of your local thrift shop it is quite forward thinking for a piece of instrumental pop rock. The musicianship is top notch with each member, Serra Patel, Agustina Ruiz, Josefine Jonsson and Nik Crawshaw, bringing something truly distinctive to the mix. The guitars interplay perfectly between key tar swells, huge butt shaking percussive breaks and swinging bass lines. It’s a treat and one that should find its audience the moment people are free to dance again. When we caught up with the quartet, from their individual homes over zoom, it was amazing to discover how their chemistry together has played into the fruition of the album, the start and stops they endured throughout the pandemic and the excitement they share to play in front of an audience again soon.

“The whole ethos of this band is going to be predominantly instrumental because that’s what I think makes us, us,” explains main songwriter and guitar player Serra Patel about the band’s unique sound. “I wouldn’t classify this band as an indie band or a rock group or anything like that. Instrumental is just what makes Los Bitchos, Los Bitchos and we’ve just always wanted to do this from the get go really. From my own influences from my mom from Turkey and Agustina’s punk background in Uruguay and, of course, there Cumbia is a huge, huge thing so through the really early stages of everything, those were the influences that we would take and mold the songs to reflect those styles of music and things have progressed with Josie and then Nik joining about a year into it.” It wasn’t long until the band realized how special this lineup was.

When Crawshaw showed up to a rehearsal studio for the first time after meeting Patel over the “world wide web, but not the dark web,” she jokes, is when things really started to gel. “I was like, alright, here’s the songs, learn these, how are you feeling, and she was like, alright, I need to think about how to tinker these laser percussion bits into actual drum parts and the next week she was playing a gig with us.” Crawshaw laughs while reminiscing on that first show. “That first show I had no idea of any of the song structures at all,” she chuckles, “I was just bongoing through it all.”

As much as the band likes to dryly joke about their origin, it wasn’t long after that they caught the attention of Franz Ferdinand leader Alex Kapranos who ended up producing their debut. “We just kind of fell into that,” jokes Crawshaw. “We were playing a show in London at this tiny little venue and he was there that night because he was friends with the headlining band who was playing and somehow we got talking and he obviously had enjoyed what we were doing and we somehow convinced him to produce our record, long story short,” she laughs. The fit between the group and Kapranos was just another example of a perfect piece falling into place. “From the first meeting we had with him,” explains Ruiz, “he was saying things and we were all like, Yes, Yes, that’s exactly what we are going for. It felt quite secure. This was someone who got where we wanted to go with it. He knows a lot about music,” she says with a laugh.

When Let The Festivities Begin was finished recording the world unfortunately locked down due to the pandemic. It happened only a week before Los Bitchos was set to fly to America to play the SXSW festival in Austin Texas. Now, almost two years later the group is finally getting to realize this dream. “We did end up playing a bit last year,” explains Jonsson. “There were some festivals and a short headlining tour here in the UK but this is one of the reasons why we waited so long to put the record out because we wanted to be sure we could tour properly and play gigs because a lot of it is about the live show.” Crawshaw adds, “This time two years ago we thought we were going to SXSW. We had our flights booked and our hotels, everything and then obviously they had to cancel. If we do get to get there this year, it’s really going to feel like quite the triumph.” Regardless of the live music situation, which seems to be happening safely these days, Los Bitchos have already achieved quite the triumph with Let The Festivities Begin. It’s not only a great listen, a salve almost to help soothe the collective need to dance with others during a time when that wasn’t possible. “We are actually friends and I think that is super important,” says Jonsson about the group’s special dynamic. “It wouldn’t be fun otherwise.” This special chemistry, brought to you by real friends is going to be one that should help catapult Los Bitchos to the top of your listening queue when the nightclubs finally reopen and dancing happens once more.