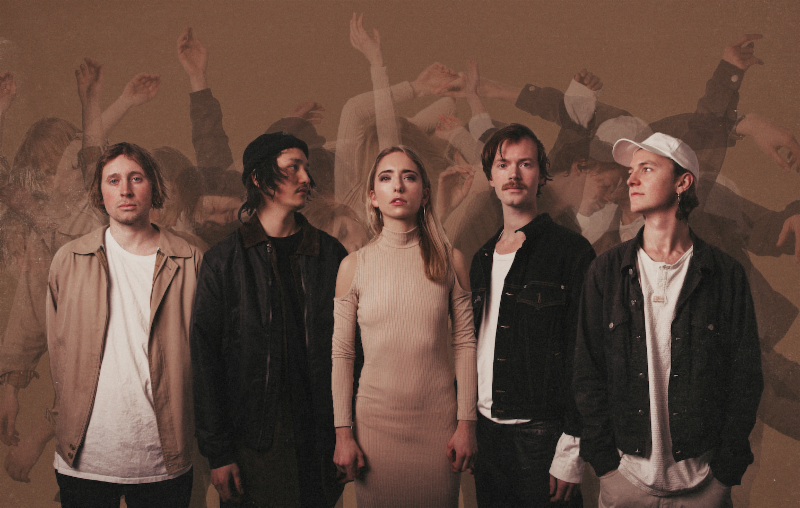 UK band Pumarosa have released their new video for the single “Cecile”, which is out now via Chess Club / Mom + Pop. The London five-piece will headline the ICA on May 7th, and have been confirmed for a string of early festivals (including Great Escape, Live at Leeds, Latitude, Sounds From The Other City, and Visions).

Describing the surreal, immersive video for “Cecile”, Pumarosa write: “we are at a point in time where virtual reality technologies are going to become commonplace. The ‘Cecile’ video is a playful exploration of this, and how desire might lead us into other worlds.” The film was directed by Rebecca Salvadori, who adds: “we are alone and simultaneously together in dealing with a river of images that constantly submerge us. The ‘Cecile’ video is an experiment towards a constructed visual chaos.”

Pumarosa are a five-piece band from London, who assembled from unexpected quarters. Isabel met drummer Nick at a rehearsal for a new project in a rundown Homerton pub where Nick then lived. No one else showed up, so the pair formed a guitar-and-drums Punk duo and began writing and rehearsing in the basement. After moving to a warehouse in Manor House, they met Henry, Tomoya and Neville and began a period of intensely hot rehearsal in a 10′ x 10′ chipboard room. In the summer of 2015, the band was offered a residency in the cavernous disused cinema of an Italian surrealist, situated within the cliffs of Calabria. Scraping together a van and driving non-stop to Italy, the band worked on new material in beguiling hundred degree heat, developing further their expansive, Dan-Carey-produced sound: inspired variously by the brooding alternative songwriting of Patti Smith as the nocturnal electronics of The Knife. It was also in Italy that they settled on the name Pumarosa: in part reflecting Isabel’s Chilean roots, but also the lurid-looking jungle fruit of the same name.