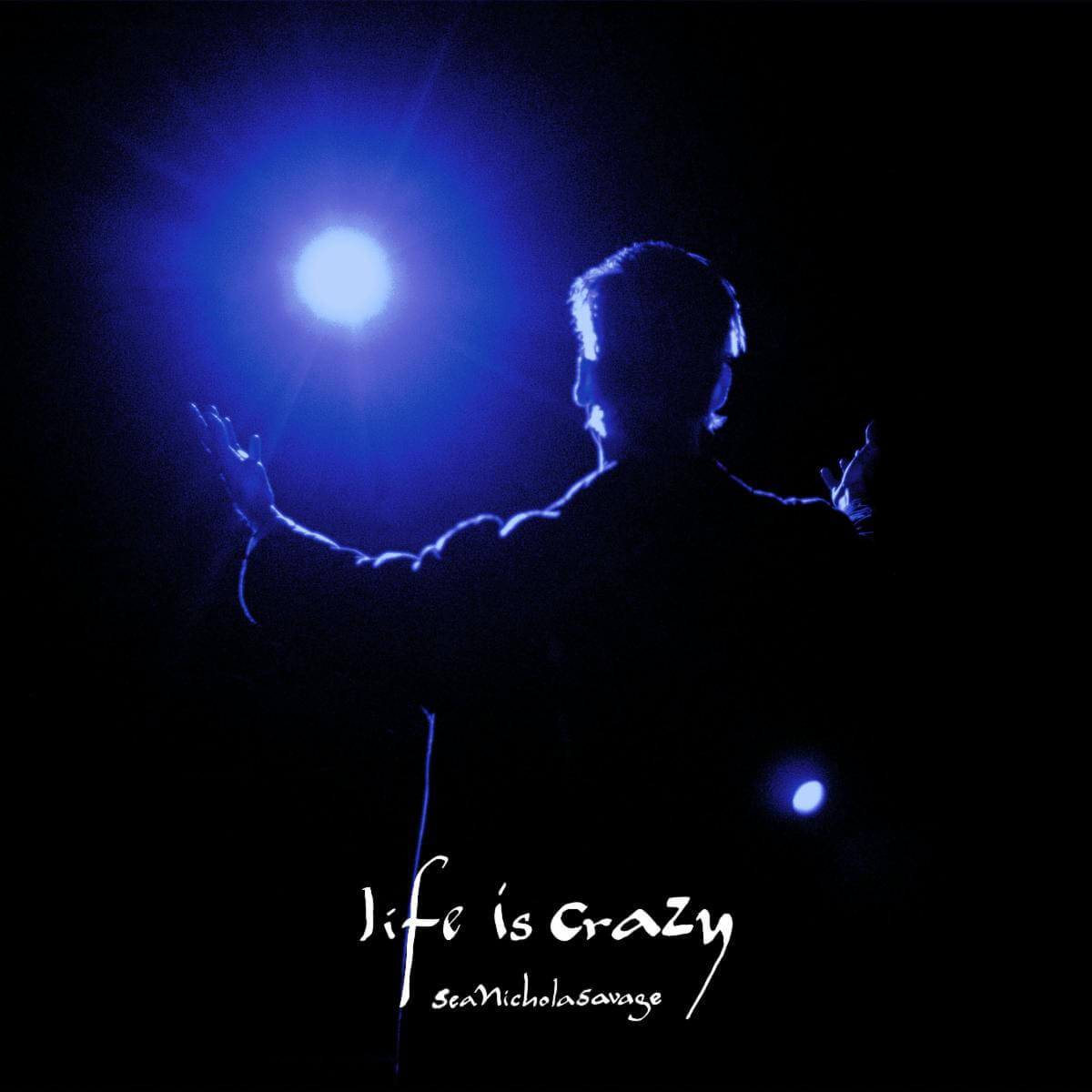 Sean Nicholas releases his new full-length Life is Crazy, on October 2, via Arbutus Records. Says Savage: “For a fresh direction here, I’ve attempted to reduce the focus to just songwriting and singing. particularly contemplative ballads, which through the years remain closest to my heart. I’ve aimed for a vocal spirit and energy that closely resembles my live performance, which is an integral part of my identity as an artist not always represented in my recorded work.” Life Is Crazy is Savage’s first album release since completing a revered master-cassette trilogy – Magnificent Fist (2016), Yummycoma (2017), and Screamo (2018).

Lyrically, Savage grapples with his signature themes of perception, identity, and the unknown, among others. While still abstract, the metaphors and subject matter are effortless and more inviting than ever before. New to Life Is Crazy is a narrative tone removed from time.

“there is this thing on the album where i was trying to write to the future to an audience that doesn’t exist. you know, we’ve talked many times about how an audience is exponential, as we see what is niche or outsider today is often more popular tomorrow. there’s a lot of that in ‘years from tonight’ which really sums up how we never know those future versions of ourselves. Also the album closer ‘in the silence of the crowd’ depicts just how invisible that can feel. That resonates in a few of the other songs too so i thought it was a cool thing to touch on since it feels sometimes like the only hopeful glimmer these days.”

Savage began the new decade in Montreal, with a twelve-show run of his highly anticipated musical ‘Please Thrill Me’. This marked an evolution towards stage drama, starring Savage himself, Jane Penny (of TOPS), Roland Pemberton (Cadence Weapon), Adam Byczkowski (Better Person) and Lulu Hughes – who lends her operatic vocals to two songs on Life Is Crazy. Highlight numbers “Thrill Me” and “I Believe In Everything”, taken from the musical with performances wilder and more intimate than even the most outstanding night in the theatre –

“having so much context: settings, characters etc. it’s like performing songs in 3d. this album is heavily influenced by musical theatre in that way, and by opera as well. I’ve been consumed with that for the last two years. mostly however, it is an attempt to record something somewhat like my live shows can be in energy and drama, and so it is still somehow perhaps closer to home than ever before.”