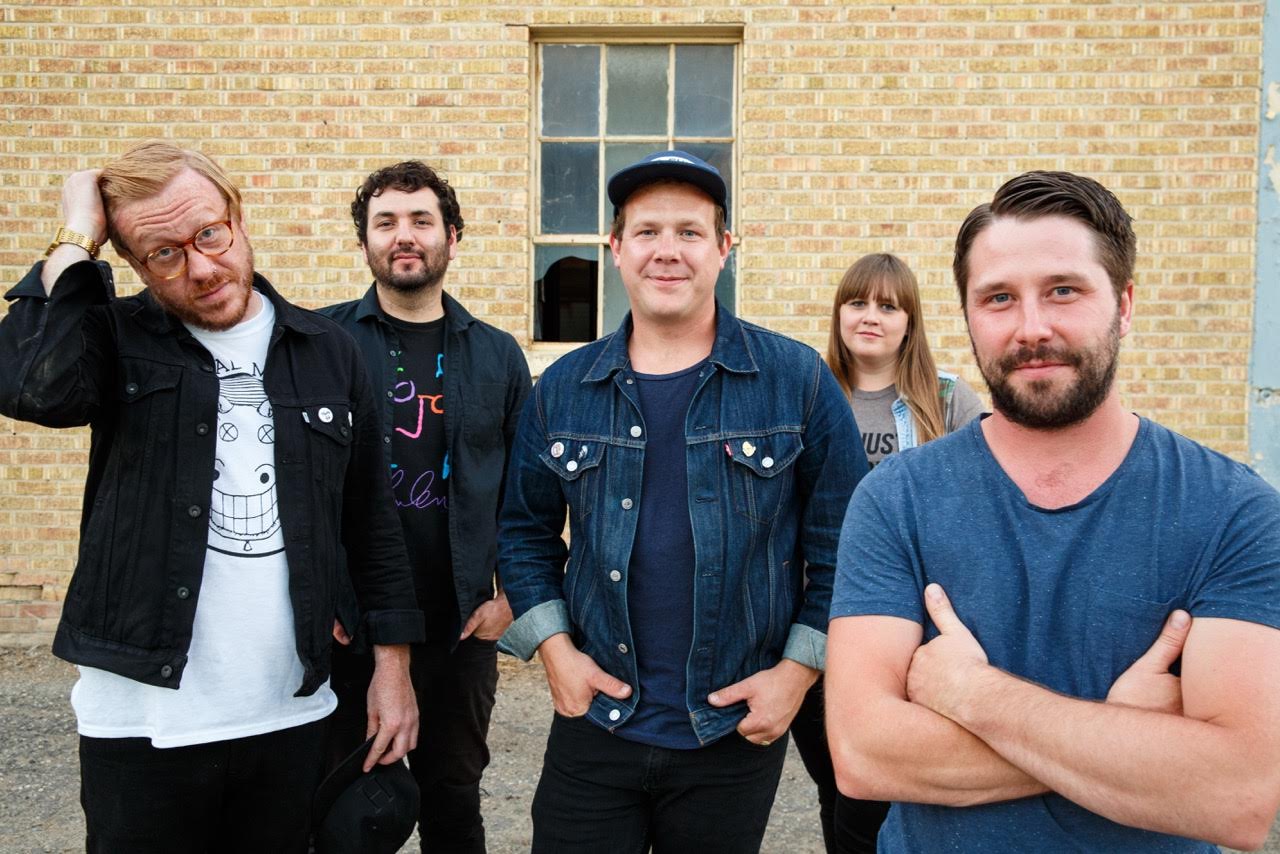 “Oh Donna is our stab at bastardizing classic rock,” notes multi-instrumentalist and lyricist, Michal Dawson.
“Brennan reached out with the skeleton of the song and said he wanted it to be thematically reminiscent of Lola, I’m A Boy, or Madame George. He suggested the name Donna and I spent the next few days lost inside my thoughts. The “Funeral of youth” line was a really important one to me and had been swarming around in head for awhile…although I also knew that with the wrong melody or delivery it had the potential to go down as the worst lyric ever recorded. Thankfully Brennan found a nice home for it.”

Library Voices is a congregation of childhood friends who grew up on a steady diet of basement shows, science fiction, and mid-west sincerity. Their newest release, Lovish, was once again recorded in an old funeral home and mixed by Dave Plowman and Alex Bonenfant (METZ, Crystal Castles, July Talk).

There was an extended period of time where it looked like Lovish would never see the light of day. Months of endless touring and exhaustion in support of their previous album, Summer of Lust came to a boil late one night in the bowels of the saddest hostel in Amsterdam. The next day hundreds of rats swarmed their van in Paris. After those highlights the tour started to go south. The band returned home, decided they needed some space, and agreed to see other people.

Soon after Library Voices regrouped to begin writing what would become Lovish, singer/guitarist Carl Johnson was jumped, beaten, and left unconscious in the street in a random act of violence. The attack resulted in blood pooling on the front of his brain, a severe concussion, an inability to smell bad odors, and a long road to recovery. For a few months it remained uncertain whether he would be able to continue writing and performing music. Johnson contributed 7 songs to the album, although he still can’t detect foul scents. The remaining four tracks, including the first single “Oh Donna” and the miserabilist anthem “Sunburnt In LA” are fronted by Brennan Ross.