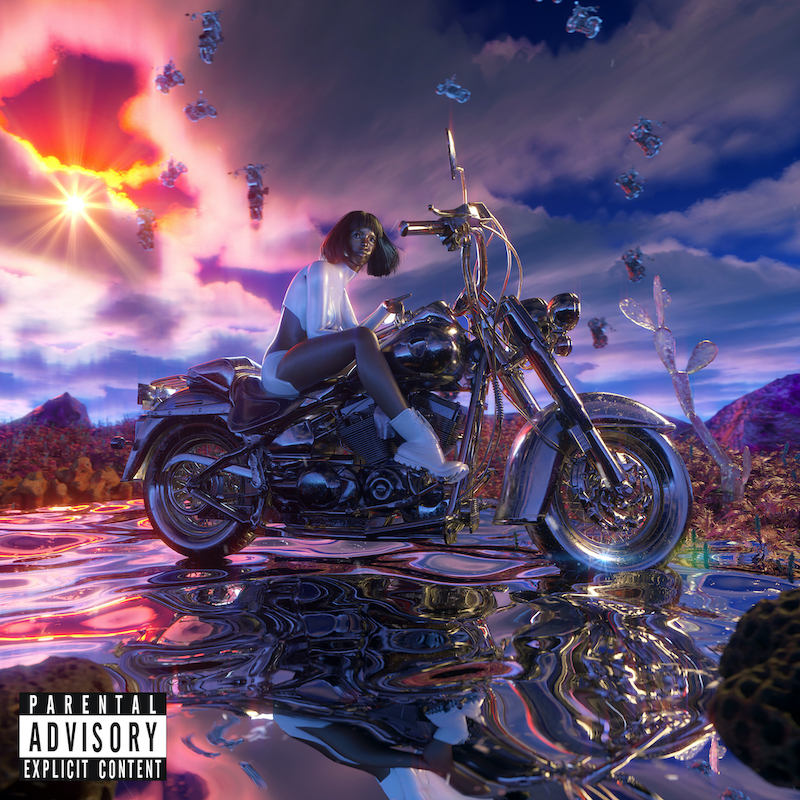 Usually when people think of where the most innovative hip hop is coming from these days, you’ll get a list of the usual suspects. Los Angeles, New York, Atlanta, London. Right now though some of the best rap music is coming straight out of Australia. Adelaide to be exact and Tkay Maizda to be even more exact. At only 23 years old Maizda has been dropping music since she was in her late teens and it’s been consistently impressive. In 2018 Maizda released her first in a series of mixtapes called Last Year Was Weird. While the first edition of this series was great, the newest one Last Year Was Weird (Vol 2), is a hyper charged version of what the singer/rapper/artist had been doing previously. With a list of influences that range from M.I.A. to Azealia Banks to Busta Rhymes to Missy Elliot, Maizda is taking what these significant artists taught her and is carving out her own path.

The EP kicks off with “My Flowers” and a Baduizm inspired neo soul groove and as good as an MC Maizda is, her singing voice is equally impressive. Carried with a smooth, rippling guitar line and a boisterous bass bump, the song will immediately place you into the special world that Maizda has crafted. There is a lot of ground stylistically covered on Last Year Was Weird (Vol. 2) and this is felt with the follow up track “24k”. A fully realized NOLA Bounce number, the song is a blast and carries the message that Maizda is just always gonna be herself. Coming from “A Flower” into “24k” you definitely feel that this is an artist that is gonna be whatever they feel like and we are going to be all the better for it. The album’s first single and highlight “Shook” hits you hard right off the bat with its timeless 2000s hip hop feel. The song takes its cues from Pharrell, Misty and Timbaland but still manages to feel like Maizda’s own thing. “Shook” is one of those tracks you’ll want to keep coming back to and it’s definitely a contender for one of the best singles of the year, in an already packed year. JPEGMAFIA takes a guest spot on “Awake” and brings a ton of energy to the already energetic bass fuelled, trap hit. “Grasshopper” starts out with the gnarliest, and that is meant in the best possible way, distorted synth line. Over another trap beat Maizda showcases the flow that got her attention in the first place and it feels like a clear sequel to the themes explored in “Awake”. Maizda spits out verse after verse about her coming into her own and her chops are so smooth that the message perfectly lines up with the performance. The record comes to a, too quick, of a close with “Don’t Call Again” another soul contribution that bookends “My Flowers” perfectly. All throbbing bass and stomping kick, Maizda lets us know in the song’s chorus “I’ve Said All I Need To Say” and it’s such a great way to close out the proceedings.

Now with monster indie label 4AD and with another edition of the Last Year Was Weird series supposedly dropping soon hopefully people will perk up and pay attention to this powerhouse artist. This is some of the best contemporary contributions to not only hip hop but to modern music to come out in quite some time. It’s so impressive that at only 23 years old Tkay Maizda has already produced such compelling work, it’s exciting to hear what she will come up with next.