5 months ago
Words by Gregory Adams 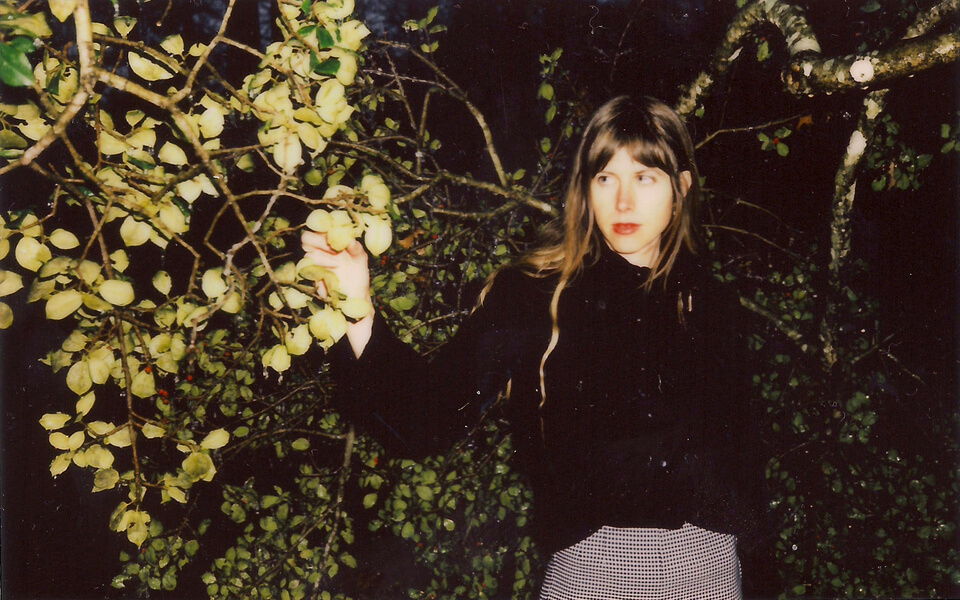 Though Lael Neale tracked Acquainted with the Night while observing the hills of Los Angeles from her bedroom, the record’s accompanying music videos have been filmed in more pastoral settings. Specifically, she’s been working her developing Handycam skills from the grounds of her family’s 600-acre cattle farm in central Virginia, where she’s been living since last April. Despite the drastic change in scenery, both locations have had Neale tapping into the excitement of discovery.

Contrasting the big studio, full-band sheen of 2015’s I’ll Be Your Man, Acquainted with the Night generally finds Neale’s nocturnal vibrato accompanied by a Suzuki Omnichord. She had initially been sceptical of trying out the ‘80s relic, upon the recommendation of a friend, before falling for its pre-pro disco beats and eerily shimmering digital harp tones. While minimalist in presentation, the lo-fi electronic folk experimenting of “Acquainted with Night” and “Some Sunny Day” are overwhelming—gigantic, even.

More recently, Neale’s been eagerly exploring the lo-fi grain of turn-of-the-century digital media with her self-directed music videos. “Any time you find a new avenue of expression, it’s really exciting,” she says, “You get to be a beginner again.”

Neale spoke with Northern Transmissions on scaling back her aesthetic, getting great tones out of a “children’s toy,” and the sense of hope that comes with the dawn of a new day.

Northern Transmissions: Did you grow up working on the farm?

Lael Neale: It wasn’t one of those stories where I was up at 5 a.m. milking the cattle every morning, but I was helping out. Some help with the cattle, but mostly it was doing stuff like picking up sticks and rocks from fields. Very Zen, but it’s also completely daunting. The work is never finished. You have to get into a meditative state of mind to do it.

NT: Despite naming the album Acquainted with the Night, did your upbringing on the farm wire you into becoming more of a morning person?

L: Yes, it was very frowned upon to be sleeping in past 7:30 or 8. I became very used to waking up early. Though I was indoctrinated into that, I came to love it.

L: It’s the sunshine—I have a real sense of sadness when the sun goes down. When the sun comes back up on the morning, there’s so much hope and potential for the day. I feel energized and present, and engaged in life. As the day goes on, you know, things pile up. I feel like I get heavier and heavier as they day goes on.

NT: It’s been over five years since you’d released I’ll Be Your Man, though you had also recorded and shelved a few studio sessions before making Acquainted with the Night. What can you say about those recordings, and how they pushed you towards making this album?

L: I wasn’t fully satisfied with how the last one had been done, so I went on this quest to find the perfect way to record my songs. I thought that meant finding the best producer, or the best musicians to work with, or the best studio to record in. I went down all these avenues with different people—all extremely talented—and while everybody brought a unique thing to the songs, I kept having this sinking feeling during the process that it wasn’t right. I couldn’t put my finger on what it was, except I had been making recordings on an iPod touch— a bunch of voice memo recordings—and I always came back to those as the template for the sound that I wanted.

It’s amazing that it took so long to figure out a way to recreate that in a more official sense, because it’s the simplest thing I could have possibly done. I guess that’s when Guy Blakeslee stepped in and offered up his four-track and engineering skills. He created a barricade around my recording set-up and didn’t let anything else encroach upon it, so it brought that voice memo type of feeling back.

NT: What was the set-up like at your home?

L: It was a little bungalow apartment attached to a big Spanish house. I had my own space up among all these trees. It was really beautiful, up in the hills of Echo Park; my bedroom was surrounded by windows. I set up the four-track on my desk with a single microphone plugged directly into it. It was so simple and minimal that it just fit over in a corner in my room.

NT: The record begins with the sound of a guitar, but overall it’s more about the Omnichord. Had you been familiar with the instrument before writing these songs?

L: I had not. I discovered the Omnichord while searching for a different sound—from a Novachord, an old instrument made by Hammond in the 1940s. The friend that had clued me into the Novachord was discouraging me [on finding one]: ‘There’s only 200 Novachord that exist in the world, but here’s this Omnichord.’ He handed me this plastic suitcase with what looked like a children’s toy in it. I was very sceptical, but took it back to my house, started playing it, and immediately fell in love. I didn’t give it back to him, poor guy. Within a pretty short amount of time, I’d written the songs for the album.

NT: What draws you to the sound of the Omnichord? It may look like a child’s toy, but it’s a multi-faceted instrument: it’s got the touchpad with a harp-like sound; organ sounds; it’s got beats.

L: It was all of those things. It’s like a one-man-band in a box. I had never written songs to a drum beat, or any kind of rhythm [before], so that was a revelation to me. I really love singing and writing songs, but I’ve always felt encumbered by the guitar or the piano, just in terms of feeling like my voice is constrained. Something about those instruments complicates it, messes with it. The Omnichord laid down this lush texture behind my voice. I feel like I’ve been waiting for this instrument my whole life.

NT: What was the first song you wrote where you really clicked with the instrument?

L: I think it was “For No One For Now”. I was playing around with the disco drum beat on there. I really wanted to think this was the cheesiest instrument created, like, ‘Disco beat? How could this possibly be cool,’ but the song came out of playing with that beat.

NT: Were you writing these songs at night?

L: I wrote a lot of the songs throughout the day. The recording process was the more nocturnal aspect of it.

NT: How late would you be working?

NT: “For No One For Now” conjures up these images of driving out on the highway through the California Valley. Had you ever taken these songs for a ride while you were making the album?

L: I don’t think I ever did, because it was all on four-track. They lived in there for a while. When I drove around, though, I had those songs in my head. I was writing them while driving.

NT: Were you at all tempted to blow these up again with a full band?

L: Once you make a commitment to a specific vision, all the pieces fall into place. That was my lesson for the past six years, to not be moved by other people’s opinions or ideas on how something should be. I pretty much knew this was going to be the way these songs should be.

NT: Did you bring the Omnichord with you to Virginia?

L: I did! Fortunately, I’ve got that with me.

NT: Have you been productive while back on the farm?

L: Because this has been a release year, I’ve been [focusing on] videos. I write less than I normally do, but my brother built a music room in our barn. It’s all set up with drums and a piano. Once the weather gets warmer I’m hoping to get in there more.

NT: Did you grow up playing music with family?

L: Not really. My brother is a musician, and he’s incredible, but he plays flamenco and Brazilian music. A very different kind of music than what I do.

NT: There’s got to be some kind of a beat setting on the Omnichord to match that, though.

L: I know there’s a bossa nova beat on there.

NT: What has it been like to work on these music videos?

L: It was like discovering the Omnichord. Any time you find a new avenue of expression, it’s really exciting. You get to be a beginner again. I’m very much a beginner at making videos, but that’s the fun part of it. I’ve got this old Sony Handycam. It makes the perfect lo-fi videos to accompany these songs. It’s all handmade and rudimentary, but that seems to suit the music.

NT: Have you been working on anything outside of that, like a movie?

L: I started having ambitions to do that, but I got overwhelmed with the music videos. I think it’d be fun to make some kind of family document—all my family is here in Virginia. Also, I thought it would be fun to do some “On Tour with Lael” videos where I’m just playing around the farm.

NT: You’d have an in-built audience with the cattle.

L: Thank god! I don’t know who else would watch that.