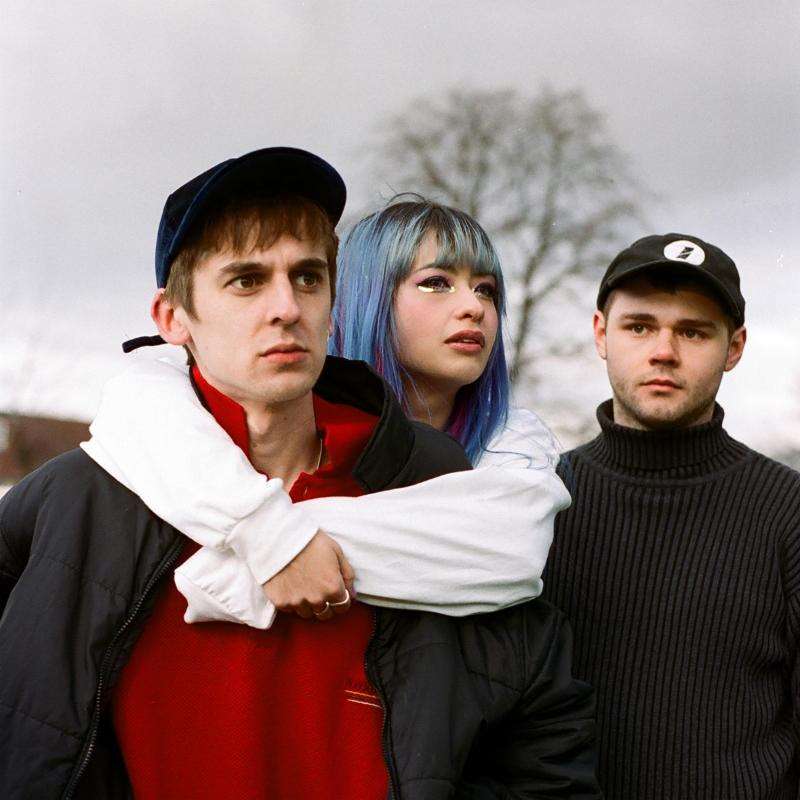 Kero Kero Bonito’s current LP Time ‘n’ Place was a surprise, issued by Polyvinyl Records. Ahead of their show tonight in New York City, the UK trio, have shared the music video for “Flyway.”

Lead singer and chief lyricist Sarah Bonito (who was raised in the suburbs on the Japanese island Hokkaido) found herself rattled in recent years by recurring images in her dreams: a water park from when she was little, a hallway in her primary school. After those dreams started, she also received an unexpected photo from her brother: a picture of a plot of bare land that once held her childhood home, the house now demolished. (“I felt like I’d lost something, even though I didn’t know I needed it,” she says.) And in another heartbreak for Sarah, 2017 saw the death of her beloved childhood pet, a boy budgie named Nana whom she received soon after moving to the UK at age 13.

At the same time, Sarah’s fellow KKB members experienced some life-changing upheaval, including the loss of several close family members. So when the London trio began writing again, they felt compelled to diverge from the carefree sensibilities of their early work (a form of kitsch electro-pop that jumbled up lo-fi dance music with bilingual lyrics, British TV references, and stories about animals). Resuming a very teenage and visceral approach to making music, KKB effectively morphed into a band, with Sarah on vocals, Jamie Bulled on bass, Gus Lobban on drums, and their friend James Rowland on guitar. Their debut for Polyvinyl, Time ‘n’ Place is a document of that band finding its voice, a coming-of-age story told in warped guitar solos, shining melodies, unnervingly tender lyrics about yogurt and seafoam and feral parakeets.

Though much of Time ‘n’ Place was self-produced in Gus’s bedroom in the London suburb of Bromley, it was also partly recorded by Jimmy Robertson (Arctic Monkeys, Fuck Buttons) and Stereolab drummer Andy Ramsay (King Krule, Wire) at Ramsay’s Press Play Studio in South London. Along with Rowland, the album features contributions from noise/electronic musician Jennifer Walton, a string arrangement by composer Calum Bowen (aka bo en), and a three-part choir made up of Cecile Believe, Oscar Scheller, and Crying’s z (aka Elaiza Santos). Built on the same volatile energy that’s made KKB’s live shows famously mosh-heavy, Time ‘n’ Place collages those elements together in a sound that’s both chaotic as punk and symphonic as ’60s pop.