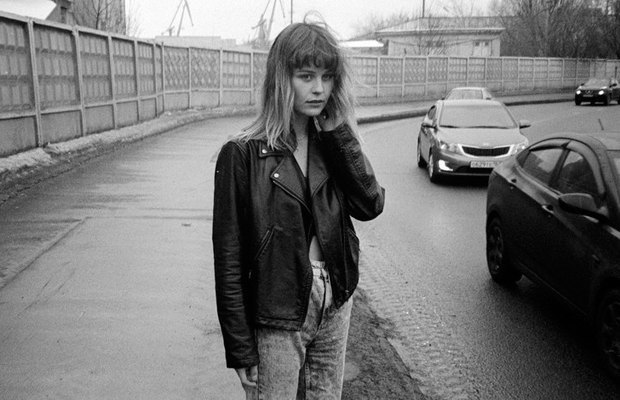 This year brought Moscow’s Kedr Livanskiy’s first North American appearances, and and her debut EP, now available via 2MR. Today she released a video for single “Keep Your Word”.

Livanskiy was born into a shifting and critical time for Russia. The Soviet Union had exhausted and old values were anathematized because of reconstruction. A sense of displacement drove Kedr to find herself. She joined the directing department of Moscow school of New Cinema where she learned to see the world. At the same time, electronic music fascinated her completely and was the same depth that she was looking for.

Kedr and a small circle of friends formed around a mutual interest in music – Inga Copeland, DJ Spin and DJ Rashad, Legowelt, Death Grips, Florian Kupfer, Dean Blunt and it wasn’t long until they organized their own community and DIY label known as John’s Kingdom.

No one else was doing anything that fit their aesthetic or ideals so they started throwing their own parties which exploded in attendance after only a year. For them it wasn’t just about music; but also a channel for art, videos and lifestyle. The community continues to expand and grow. Today it’s the most alive and honest thing in Moscow.