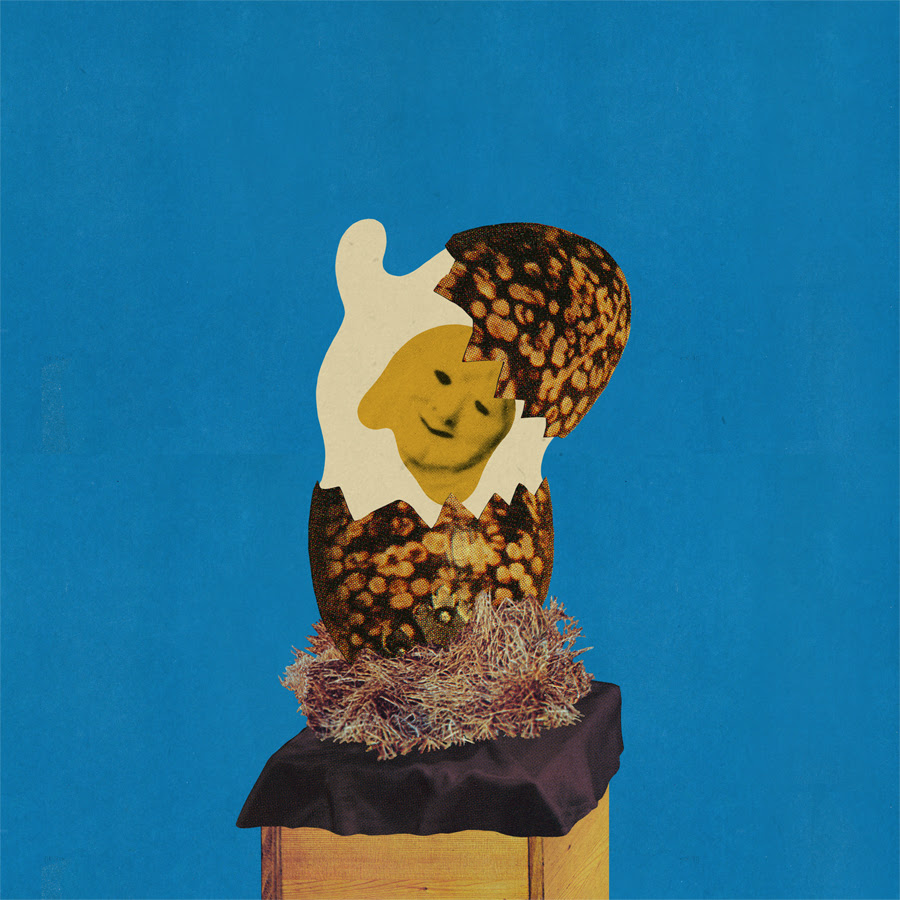 It’s sometimes hard to take music at it’s face value. There’s always something that can get in your way. A genre defining troupe, the way the band members look and often times, the lyrical content. So, it’s refreshing to dig into a record where at least one of those things is incomprehensible and in the case of Montreal based band Corridor, it would possibly be that everything is sung in French. For the monolingual among us this shouldn’t be an issue because even if you don’t understand the language Corridor is singing in, it doesn’t in anyway lessen the gratification of their latest album Junior, which is their first for indie giant Sub Pop,. Actually, the fact that their new album is out on such a respected label should open the bands fanbase up to people that won’t know what they are singing about. Its easy to imagine the outcome of this would be for new fans to want to dig more into what the lyrical content is so it can increase their satisfaction with this already satisfying album.

Junior kicks off with “Topographie” and its duelling angular guitars and steady, pounding drums. When the reverb drenched vocals kick in, playing off each other and cascading on to themselves, it creates quite the stunning opener for the record. The band has been lumped often into the post punk genre and while there are elements of that all over Junior, Corridor take this base and make it their own. Album namesake “Junior” has that bouncing bobbing eight note bass line and the hookiest single string guitar riffs but when they hit that dreamy, soaring chorus it becomes completely its own thing. Corridor, made up of band mates Dominic Berthiaume (vocals/bass), Julian Perreault (guitar), Jonathan Robert (vocals/guitar/synths), and Julien Bakvis (drums), recorded Junior at a super quick pace. After the ink on their deal with Sub Pop had barely dried, the band raced into the studio with longtime producer Emmanuel Ethier and hit the ground running finishing the album in about six weeks, start to finish. This immediacy shines on “Domino” with its clipping motorik drumbeat and on “Goldie” with one of the jumpiest bass lined laid down since A Certain Ratio were making records. Even though they said they finished the album at a record pace, that doesn’t reflect in the quality of its execution. The album sounds wonderful. The guitars interplay is so immersive. The production casts a glorious sheen on the whole affair and the dreamy vocals add an another dimension to the proceedings. “Agent double” keeps things moving straight ahead, all chiming guitars and bouncing vocal melodies that keep opening up just as the song does as well musically. “Milan” stands apart from the other albums tracks with a disjointed groove that’s super captivating. “Pow” comes off as lost New Order gem and album closer “Bang” changes the pace with an almost Beatles-esque intro before digging into itself before opening up all over again.

Junior is definitely the work of a group that plays super well together and captures the magic inherent with this kind of musical chemistry. While some may not be able to understand lyrically what is happening, this distinction does not eliminate the grand emotional texture on display throughout the records 39 minute running time. In fact it may just inspire a whole new generation of, not only Francophone musicians, but also a whole swath of people to learn French, if for anything, just to appreciate Junior more.

Junior by Corridor is now available via Sub Pop/Bonsound