As winter grows closer in the northern hemisphere, Jónsi shares a new video for “Sumarið sem aldrei kom” (The Summer That Never Came), from his latest album Shiver, out now now available via Krunk.

“I asked my friend Frosti to make a video about Iceland but not the beautiful nature and landscapes. More like snapshots of everyday lives, the shitty weather and depression. I remember calling home to Iceland one summers day and talking to my sister. She was complaining that it was just endless rain and cold. It went from spring to fall and the summer never came. Icelanders live for these sunrays and light and when it doesn’t come, it’s hard. It’s a hard place to be, but also the best place to be. It’s the light – it’s the darkness. And everything in between. We also want to dedicate this film to Ólafur Kristjánsson (the weather man) that is in the film but passed away soon after this was shot. RIP.”

Jónsi had made a career of sweeping music that plumbed the depths of the human experience and our connection to the natural world. With his multi-million selling, award-winning band Sigur Rós, he transmuted the rugged terrain of Iceland into music that sounds pure, organic and untouched by the modern world, even as it exists comfortably within it. A. G. Cook’s production exists at the opposite end of the spectrum: synthetic, sometimes abrasive, and often on the cutting edge of experimentalism. On paper, their collaboration is surprising, but Shiver is a beautiful record that pushes Jónsi’s otherworldly voice into startling new territories. 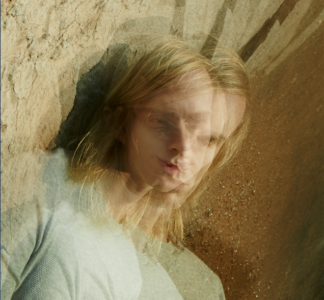