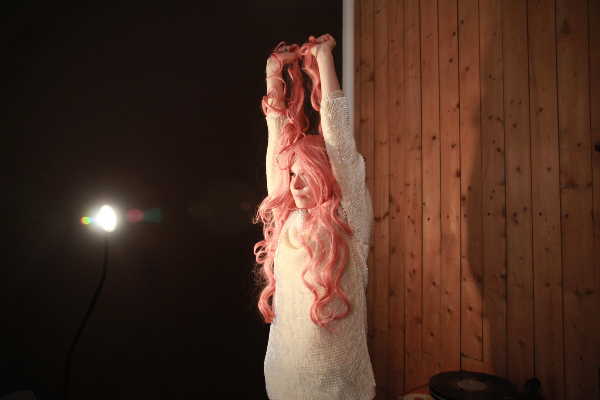 Jenny Hval’s new record opens with a quote from the Danish poet Mette Moestrup, and continues towards the abyss. Apocalypse, girl is a hallucinatory narrative that exists somewhere between fiction and reality, a post-op fever dream, a colorful timelapse of death and rebirth, close-ups of impossible bodies — all told through the language of transgressive pop music.

When Norwegian noise legend Lasse Marhaug interviewed Jenny Hval for his fanzine in early 2014, they started talking about movies, and the conversation was so interesting that she asked him to produce her next record. It turned out that talking about film was a great jumping off point for album production. Hval’s songs slowly expanded from solo computer loops and vocal edits to contributions from bandmates Håvard Volden and Kyrre Laastad, before finally exploding into collaborations with Øystein Moen (Jaga Jazzist/Puma), Thor Harris (Swans), improv cellist Okkyung Lee and harpist Rhodri Davis. All of these musicians have two things in common: they are fierce players with a great ear for intimacy, and they hear music in the closing of a suitcase as much as in a beautiful melody.

Jenny Hval has developed her own take on intimate sound since the release of her debut album in 2006. Her work, which includes 2013’s  Innocence Is Kinky (Rune Grammofon), has gradually incorporated books, sound installations and collaborations with poets and visual artists. For Hval, language is central, always torn between the vulnerable, the explosive and total humiliation.

Jenny Hval’s Apocalypse, girl is out June 9th on Sacred Bones. She will be touring North America throughout March supporting St. Vincent and Perfume Genius. 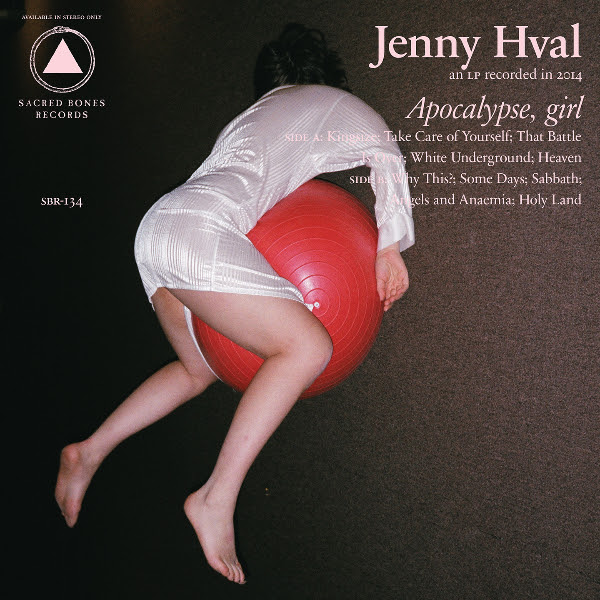