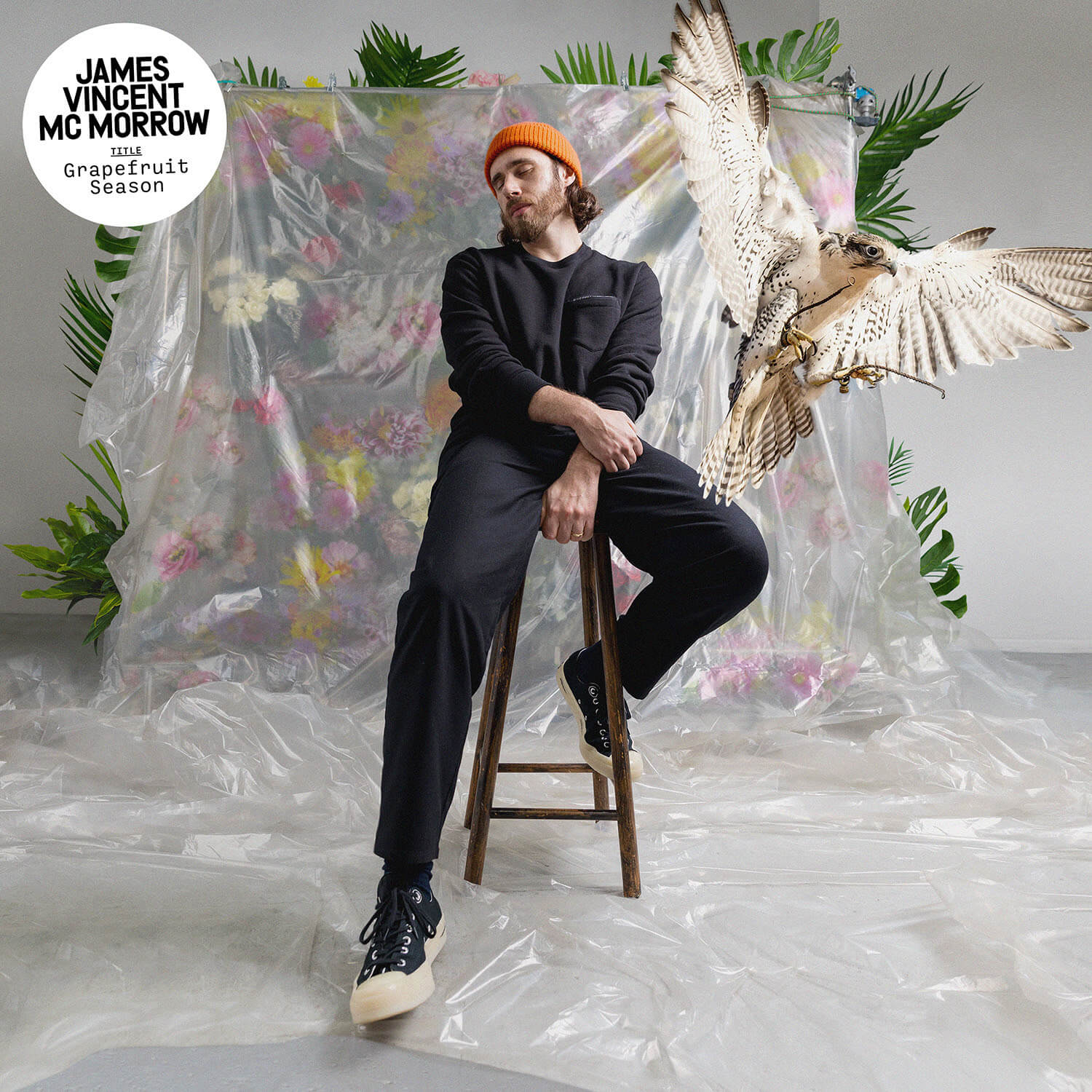 For his fifth LP, James Vincent McMorrow embraced the notion that life is chaos, which is quite pertinent given the state of the world right now. Ironically, ‘Grapefruit Season’ was largely in the bag prior to Covid-19 hitting but let’s be honest, shit was wild long before the virus came to town. Lyrically and thematically the Dubliner’s latest offering finds the artist looking inward, as our protagonist documents the pendulum swing of everyday
highs and lows. Stylistically it’s a bubbling melting pot of varied influences from R ‘n’ B to country, dancehall to soul and a smattering of folk and pop influences; it’s a veritable grab bag of sonic treats. Then front and centre you’ve got McMorrow’s sumptuous vocals that sound both smooth and weathered in unison, with the occasional deviation into falsetto from time to time.

JVM adopts a self-analytical approach to his latest outing, where the Irishman confesses his thoughts on relationships, his own behaviour and its effect on those around him. ‘Headlights’ typifies the essence of ‘Grapefruit Season’, from its low-key early beginnings to its danceable midsection that just keeps adding layer upon layer of the kind of sounds that make you want to move your feet. Then comes the curveball, as McMorrow trills “has the way to my love been killing you?”, as if to disguise his true feelings underneath the jubilation of a straight-up banger. ‘Poison to You’ is a juxtaposition to ‘Headlights’ upbeat nature, as a song that’s anchored by dramatic strings and striking piano that sets the tone for a bittersweet love song. An impassioned JVM can be heard stating “I’m the poison to you every time/the kind that gets inside your mind”. Album closer ‘Part of Me’ follows a similar tone, as an acoustic trill wraps itself around crisp beats; there’s an elegance to the album’s closing moments, as our figurehead confesses “there’s part of me that knows I’ll never be good enough for you”. ‘We Don’t Kiss Under Umbrellas Like We Used To’ is where the Dubliner is captured in a reflective mood, with his tender vocals purring “I can still remember where we met/how could I forget” over a swirl of Bon Iver-esque folk meets electronica. A myriad of emotions oozes out of the smooth, glassy tones of ‘Tru Love’ from McMorrow declaring “I’ve been going through breakdowns/such a delicate state now” to “I’m obsessed with how you see me/I’m obsessed with how you need me” showing the dichotomy of love and the human condition. When the bells and whistles are stripped back, there’s a rawness to the LP which showcases the artist’s tender side and is most significant on ‘Waiting’s campfire trill, that unfurls like a minimal love letter documented by McMorrow’s aching tones.

The record’s quirky moniker is inspired by James watching his mum eat a grapefruit as a child, and the idea of what’s good for you may not actually be pleasurable. Suffice to say ‘Grapefruit Season’ is good for you and oh-so pleasurable.