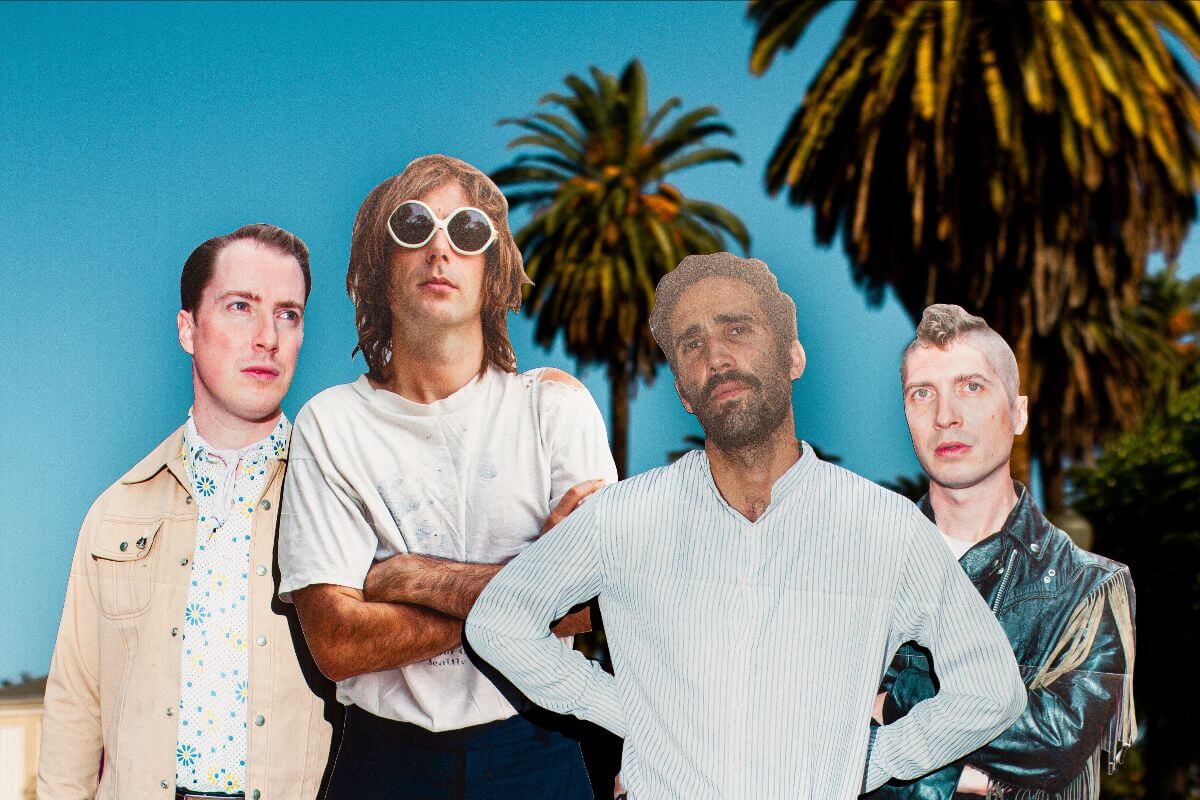 It’s been five years since the last Islands album, and 15 years since their debut LP Return to the Sea. The project of Nick Thorburn has returned, with the announcement of their 8th full length, Islomania. The album will be their first on the Toronto label Royal Mountain Records, who will release Islomania worldwide on June 11th. Along with the news of the new album, Islands have shared the album track, “(We Like To) Do It With The Lights On”.

“After quitting Islands in 2016, I briefly considered doing writing for others,” says Thorburn. “I came up with the song title as a tossed-off joke. It seemed fitting with the kind of playful innuendo that seems to do well in the pop sphere. Once I started to flesh it out after booting up the band again, I realized it was mine, and for Islands only. I started it with the groove first, and built the melody off the top. This is like most of the songs on this record, which is new for me.”

At the end of 2016, after ten years and seven albums, Nick Thorburn quietly decided to put an end to Islands and retire from music. There was no announcement or farewell, only two shows at Webster Hall in New York and the Hollywood Forever Cemetery in Los Angeles to commemorate the tenth anniversary of the band’s widely adored debut album Return to the Sea. “This seemed like a perfect time to put a cap on things and close out the circle,” Thorburn says. He switched focus, selling and producing a pilot television script, creating a graphic novel with preeminent comics publisher Fantagraphics, and scoring a few films and the occasional BBC radio show.

Thorburn decided that if he was going to make another Islands record, he’d do it without a deadline. He also wanted to work with outside producers, which would be his first time since 2009’s Vapours. He reached out to that album’s producer, Chris Coady (Beach House, Yeah Yeah Yeahs) , and asked Islands drummer Adam Halferty and guitarist Geordie Gordon to join him in a recording session at Sunset Sound in Los Angeles.

“At the time I still wasn’t sure what this new music was going to be, or if coming back to Islands even made any sense,” says Thorburn. “But once we started playing, it quickly became clear this would be the next Islands album.”

Five years after Islands went dormant, Nick resurrected the band, who reemerge this year with their 8th album, Islomania. More than two years in the making, Islomania is a culmination of things Thorburn learned from the intervening period and all the things he’d accomplished during the band’s initial ten year run.

That initial session at Sunset Sound also featured Mike Stroud (RATATAT) on guitar, who then invited Thorburn to his studio in the Catskills, where they worked on another song (“A Passionate Age”). With Islands bassist Evan Gordon soon brought into the fold, Islomania slowly came to life over the coming year, with more sessions in LA involving producer Patrick Ford (Tanlines, !!!) and Coady. When the songs had been sufficiently finessed, they brought on John Congleton (Sharon Van Etten, St. Vincent) to mix and Joe LaPorta (Vampire Weekend, David Bowie) to master. “I was determined to let the record breathe, let the process take as long as it needed. I wanted the freedom to rework the songs as we went along,”