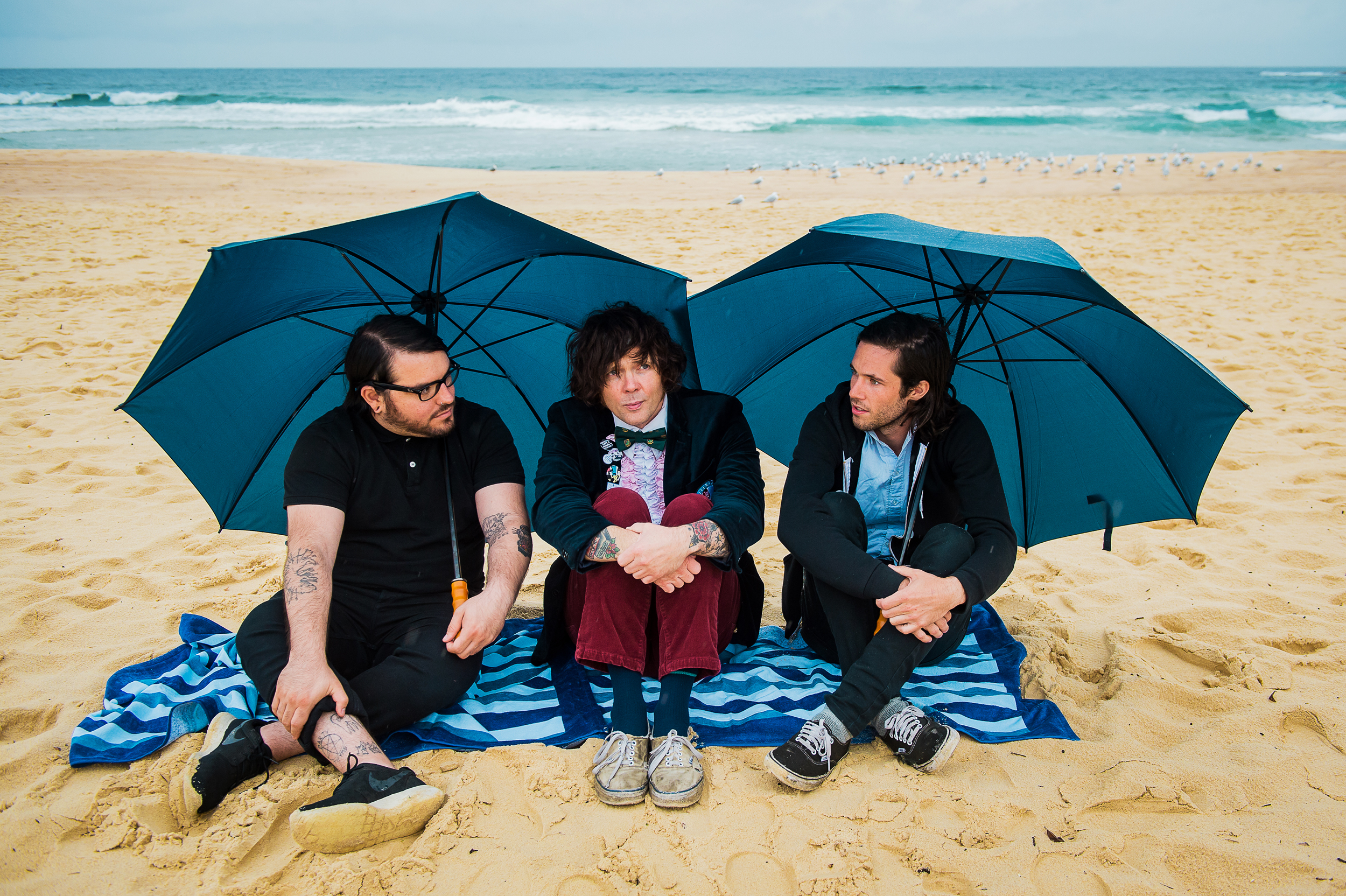 The interview with Beach Slang’s James Alex was not the most ideal circumstance. The band was driving through an area with poor reception en route to Boston, and I had found myself conducting the interview in the closet of a yoga studio in Vancouver. Despite sweaty laundry and geography between us, the interview had a closeness to it, unsurprising given Alex’s reputation for befriending strangers.

Beach Slang is currently James Alex, Ed McNulty, and Ruben Gallego. Following the release of A Loud Bash of Teenage Feelings, Northern Transmissions connected with Alex to discuss Beach Slang’s upcoming projects, and how they got to where they are now.

Northern Transmissions: A Loud Bash of Teenage Feelings was written in consideration of your fans’ love for your first album, the fans who even had your lyrics tattooed on them. You don’t actually have a very long discography as Beach Slang yet, and I wonder, do you know what the motivation for the next album will be?

James Alex: That’s a toughy, because I just have to wait for something honest to knock into me. I don’t want to fake it. I don’t want to begrudgingly sit down and conceptualize something. I will wait for something to find me. It might be a bit reckless of an approach, but it seems to work out. The first LP was just songs about me and my friends, songs about being alive, and all that stuff. For the second one, after meeting all these people and hearing their stories, I had this weirdo awakening where I realized I wasn’t going to live forever. I looked at both records when they were done, and I noticed how many times I said “alive” in the first one, and how many times I said “death” or a derivative in the second one. I’ve got the life and death records, maybe the third one is about what I’m doing in between that time. Who knows! I will wait until it finds me.

NT: Are you writing a new album now? It seems like you wrote this last one while touring The Things We Do To Find People Who Feel Like Us, and you are on the road again now.

JA: I just write every day because I just don’t know how to fill those hours. [Writing] is the thing that I wake up for, and love to do. I’ve got three songs written already, and we’re planning to put it out [an album] around this time next year. We have some cool things before then, too —

We’re putting out our second mixtape in December. We just got out of the studio doing that. On the last tour we recorded our set at the Troubadour in L.A., so we’re going to put that out [in April 2017]. In December, I am going back into the studio to record a more quiet Beach Slang record. It will just be me and my acoustic guitar, a cellist, and a pianist. We’ll do a bunch of Beach Slang songs, and a couple new ones. That’s going to come out in early summer [2017].

JA: I think we have this fear of taking our foot off the accelerator. We’re going to swing with all we have until people say, “We’re tired of it,” and then we’ll go away gracefully. So whether it’s fly or fall, we just want to make sure that we went as hard as we could to try to make it happen.

NT: You weren’t always touring Beach Slang. For the first year that you were a band, you never actually performed live, right?

JA: True. This whole thing, to be fair, kind of happened by accident. I was just writing songs and friends of mine said, “These deserve to be recorded.” That’s what we thought Beach Slang was going to be — it was going to be a situation where we get together periodically to record whatever songs we were making, and that’s it. And then our friend Mike put out the first EP and it just, I don’t know, connected. It took about a year before we did a show. We secured a booking agent before the show. It was an unorthodox way to start a band.

NT: But not entirely out of place. Consider bedroom rock or pop, or anything generated on a laptop. People are able to create first, and figure out logistics later. It is a very contemporary approach to making and sharing music.

JA: Yeah, it’s cool. I like that the act of creating — the thing that is most important to why we do this — gets to be the [focus]. I do like that there is no plasticized, smoke-and-mirror sort of thing, [like what happens] when you’re just a good idea that a marketing firm has put together. To your point, I like that people get to make things these days, and not be enslaved to the record labels anymore. The old guard was that, but now you can put out your own record and get it heard all over the place.

NT: Beach Slang has managed to narrowly dodge the mainstream. You appeal to mass audiences, but you’ve still retained your underdog edge. Beach Slang is prevalent on campus and community radio stations which are independent media outlets. They are less censored than the mainstream. Is that ever something that you have thought about? Do you give meaning to the platform on which your music is being played?

JA: Yeah, it comes back to making honest work. I say that with the underground, independent and D.Y.I. spirit being the world [Beach Slang] grew up in. It’s important to us. I will never be interested in huge pay days when I would have to lop off a part of my soul to get them. I like that we’re connecting with those communities, where they’re not being told what to play because they’re given money by a label or marketing firm. We’re being played by people because they genuinely dig what we do. I like that. I hope we can hold onto that world.

NT: I often think that fans take for granted that bands will always get along, and be strong collaborators forever. You have had several guest musicians perform with you on your tour, and of course your lineup has changed in the last few months. You, personally, have been in bands with steady lineups, though. In your experience, is it difficult to hold a band together?

JA: Yes, it is. It’s the greatest lifestyle job. It’s the thing we all want to do, but that doesn’t take away from it being a pressure cooker, and money is always an issue. You’re just away all the time. You’re in a four- or five-way marriage, and you’re having to blend all those personalities. People having bad days. Like any human relationship, they can get difficult or trying … You hold on and do your best. You try to surround yourself with people you dig. And if they can’t stay for the long haul, the separations can be mature, I hope.

NT: I grew up in a small town where the best punk shows were in church basements. There was a strong sense of community and camaraderie there, not unlike the vibe generated by fans of Beach Slang, but somehow achieved on a much larger scale. It’s really remarkable. How do you actively maintain that connection with your fans, and encourage the community between them?

JA: By not really sleeping. All the social media, I handle that. I just make it a priority to care. It has been pretty documented me saying this, but it’s true nonetheless — To say [rock n’ roll] saved my life sounds really cliché, but when I was a lost kid and almost gave up finding a place, I found music. Now that I’m older and in a band, and I see people in that same lost search that I was in, I get it … I’m just trying to be a good citizen in the world. I think the very least I can do is help the people who are making this band even matter, if they reach out to me. I guess I’m being overly optimistic in my ability to continue to keep up with it … I would like to think that rock n’ roll is primarily about connection, and social media sort of allows that to happen in a digitized-personal way, but a personal way nonetheless. We play shows, and I get to meet these people in real life, and the ice has already been broken. We show up, and we’re friends already. It’s pretty cool. I can go with a little less sleep for that.

NT: I’m asking this in reference to the song, “The Perfect High,” but also just in general— do you think love is a drug?

JA: I do. To me, it’s the greatest thing we have. It’s a highly addictive drug, as it deserves to be.