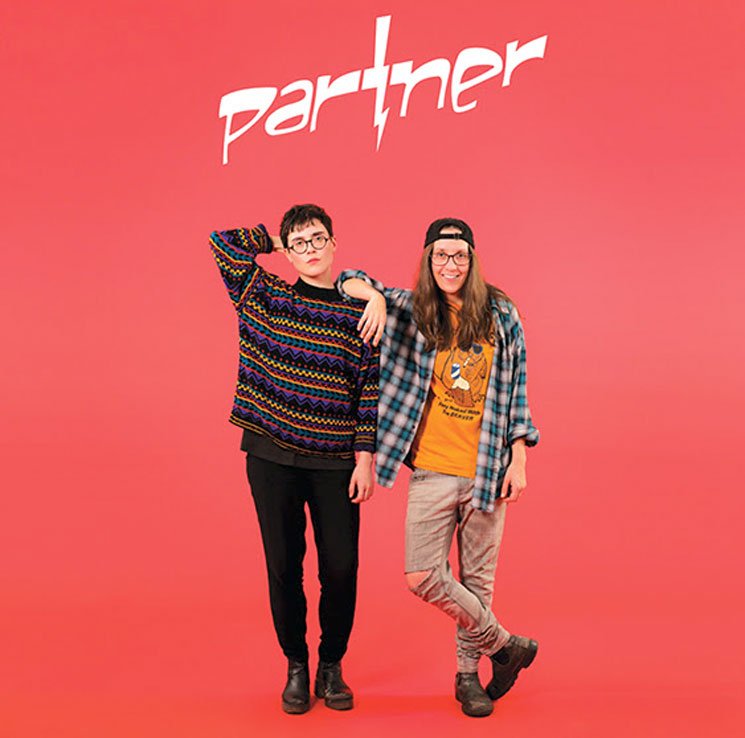 In Search Of Lost Time

Back in high school, not a day went by that I didn’t listen to Weezer’s first self-titled album, known by fans as ‘The Blue Album’ (1994). Though it was released years before, it spoke directly to my teenaged-self on a number of topics. That’s the vibe I’m getting from Partner’s debut album, In Search Of Lost Time (releasing September 8), though overhauled for the youth of a more sexually-conscious 2017. Hailing from Sackville, New Brunswick (that’s on Canada’s East Coast for those that don’t know), Partner is a duo made up of friends Josee Caron (vocals, guitar) and Lucy Niles (vocals, drums). While their indie rock / pop punk sound is familiar, especially among their Bandcamp stomping grounds, Partner has an undeniable technical proficiency which uplifts their lighthearted lyrics.

There’s a very 90s-bred quality to the album, confessional, rolling lyrics come out with the same kind of geekiness of Weezer (“Comfort Zone” seems like a spiritual successor to “In the Garage” off The Blue Album) and the awkward pining of Wheatus (“Play the Field” tells a story not unlike Wheatus’ famous “Teenage Dirtbag”), complete with power-pop choruses over grungey guitars. There’s a friendly snarl to everything that feels much more genuine than even much of what the ‘Grrrrl Power’ movement brought about, as familiar topics (namely, romantic longing) feel very naturally fitted into a new, gender neutral/LGBTQ-friendly frame. It’s also just a very funny album, with sometimes witty, sometimes blunt lyrics in a writing style akin to Alanis Morissette’s Jagged Little Pill (1995). Of the 19 tracks (coming in a crisp, 39 minutes), 7 are brief “skits”–recorded phone calls chronicling some of the creative choices in the making of the album. Unforetunately, they’re not very funny, and in fact, I think they’re only inserted to space out the album and mask its often-repetitive tempo.

Familiarity is probably the album’s biggest flaw–not so much familiarity in the nostalgia it evokes, but among its own tracks. Besides pepperings of short guitar solos, In Search Of Lost Time hardly has any notable melodies, and is driven by distorted, thrumming guitars–light and airy in the verses, overdriven and heavy in the chorus. Within the limited box the duo create, they’ve perfected their formula, but there’s little new within that box and little done outside that box. The lyrical/atmospherical sheen can only last so long before the sonics become somewhat stale. What’s funny is that one of the skits, “Josee’s Dad” has the guitarist’s father rambling about how the world needs a new band to revitalize rock, “like KISS”. The punchline there reminds the listener of the album’s tongue-in-cheek nature, but I couldn’t help but think about how what I was hearing wasn’t doing anything I hadn’t heard hundreds of times in high school.

Don’t let the familiarity detract you from a first listen, of course. In Search Of Lost Time is a fun album which I’d easily recommend to anyone who has been through high school since the mid-90s. It doesn’t reach the same heights as some of its more notable predecessors and influences; but it feels unfair to compare it to the best of a decade. For a debut, it’s an impressive showcase of songwriting, which makes me eager to see how Partner can evolve their sound for future releases.