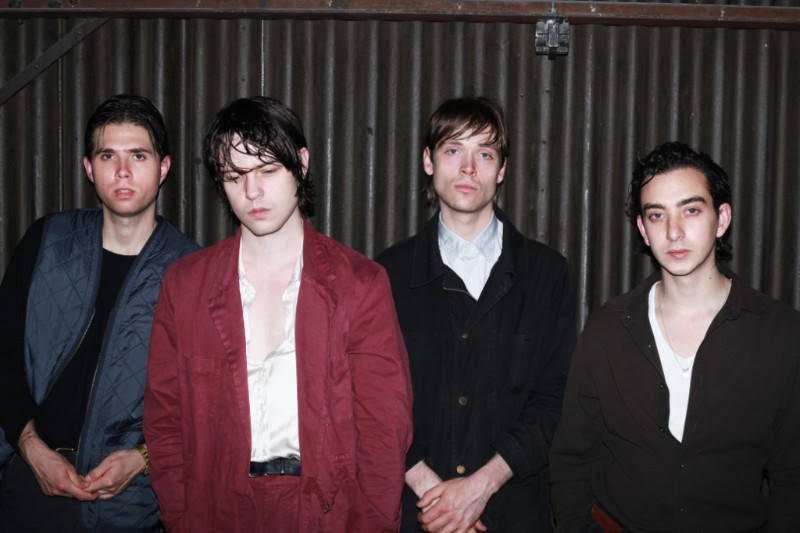 Danish art rock/post punk band Iceage have shared another single off their current release Beyondless. The song “Broken Hours,” is described as an “epic of doom-laden swing and crashing, spidery riffs that backdrop Elias Bender Rønnenfelt’s howling incantation: “Dying figures, they settle in / Broken hours / It lingers on” – it’s another heart-racing transmission from a band at the peak of their craft.”

The band will finish their epic run of North American dates, tomorrow night in Brooklyn with a show at Elsewhere. Iceage will play their biggest show to date in London on December 7th. Iceage’s full-length Beyondless is now out on Matador Records.

& = with A Place to Bury Strangers
∞ = with Astrid Sonne, Helm and Warmduscher

Ever a band to do as they please it comes as no surprise that mixed in-between the rock ‘n’ roll masterclass of ‘Beyondless’, Iceage effortlessly slide in two tracks that resemble show tunes – yep, you read that right. ‘Thieves Like Us’ is a shimmy and a shake that gradually gains pace and by the time the song reaches its climax, it’s waving its jazz hands and high kicking with the best of ‘em. The rather aptly named ‘Showtime’ may commence like it’s soundtracking an old cop show from the ‘70s, invoking spiralling cigarette plumes and moody street light scenes, before it sashays into a cabaret-esque finale – as if Columbo flings of his infamous mac to reveal a sequined number topped off with a glamourous feather boa. I did say Iceage do what they want didn’t I?!

In their quest to forever challenge themselves, Iceage have created another thrilling chapter with ‘Beyondless’; an album imbued with youthful vigour and timeless poise.