Young Fathers includes Alloysious Massaquoi, Kayus Bankole and G. Hastings. The trio, recently announced details of their brand new album Heavy Heavy, due for release on February 3rd 2023 on Ninja Tune, it’s the group’s fourth album and their first since 2018’s album ‘Cocoa Sugar’. The 10-track project signals a renewed back-to-basics approach, just the three of them in their basement studio, some equipment and microphones: everything always plugged in, everything always in reach.

To mark news of the album and the tour, Young Fathers today release a brand new single, “I Saw”. It’s the second track to be released from the album (following standalone single “Geronimo” in July) and brims with everything fans have come to love from a group known for their kinetic rhythms, controlled chaos and unbridled soul.

Since the release of their two now-legendary mixtapes, ‘Tape One’ in 2011 and ‘Tape Two’ in 2013, the latter of which also won Scottish Album of the Year. Young Fathers have received praise from David Byrne, Florence Welch, Sam Fender, Janelle Monae, and Danny Boyle, who used 7 of their tracks and one unique composition for his sequel to Trainspotting..In recent years the band have performed multiple headline shows, including two sold-out shows in both New York and San Francisco, and toured with long time collaborators Massive Attack, Florence + The Machine, LCD Soundsystem, and Yeah Yeah Yeahs to name a few. 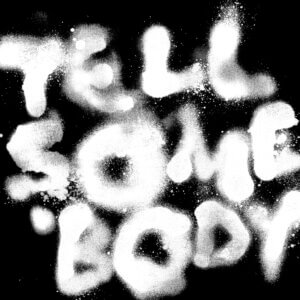