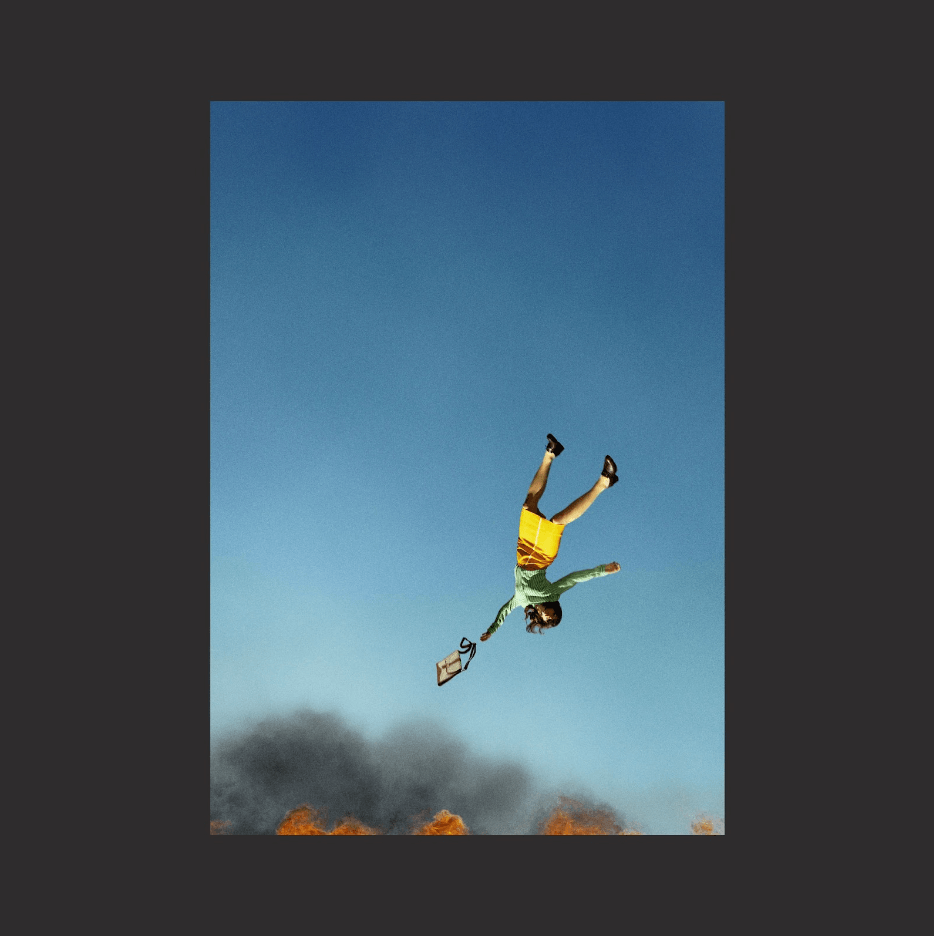 The plan wasn’t to leave it nine years between albums but it appears fate had other ideas. ‘Cool It Down’, Yeah Yeah Yeahs’ fifth record, is an LP forged by nearly a decades’ worth of influence and events, some of them personal, some of them more universal. The NYC three-piece began throwing around ideas in early 2020 but their creative process was prematurely halted and we all know why. During this time each band member found themselves either struck with writers’ block or hounded by reoccurring themes that would eventually shape ‘Cool It Down’s aesthetic.

Vocalist Karen O had persistent dreams about cities she’d once visited with Yeah Yeah Yeahs on tour and felt a creeping dread that she might never see those places again. This notion spurred the outfit’s mouthpiece on and as the singer states “I really wanted to get in a room together and jam, and see what our subconscious was going to unleash after all that time.” Two further factors influenced the trio’s latest offering; a new found intimacy brought on by Covid-19 enforced stints of isolation and a realisation that as a species humans have ravaged this planet and we’re staring certain disaster in the face.

Let’s be honest, Yeah Yeah Yeahs have been sonically evolving since they first exploded out of New York in 2003 with ‘Fever to Tell’s scrappy garage-punk stylings. Onto latter albums ‘It’s Blitz’ and 2013’s ‘Mosquito’, the feral rawness began to dissipate in favour for a more considered and (dare I say it…) mature sound. ‘Cool It Down’ carries on the notion of subtle reinvention with a sonic personality constructed around electronic textures, orchestral sophistication and calmness that was only fleeting in previous releases. O in particular exudes a serenity that seems worlds apart from the blood and spit drenched performances of the early 2000s. This isn’t to say the three piece have diluted their impact, ‘Cool It Down’ still has its more upbeat, rambunctious moments such as ‘Fleez’, a song indebted to NYC legends ESG, that’s all primal funk and sensual mischievousness. The previously mentioned ‘Burning’, although not quite the rump shaker like ‘Fleez’, packs a different kind of aural wallop with its theatrical concoction of fuzzy guitars, soulful piano and taut strings. With the latter ushering in a sense of anxiety as O reflects on the current climate crisis.

Whether it’s low-key or smack-bang-in-yer-face, there’s a grandiose feeling to ‘Cool It Down’. Yeah Yeah Yeahs have managed to produce an album that grasps your attention no matter the volume. There’s ‘Lovebomb’, a song that slowly unfurls to the sound of moody bass and static electronic waves. A persistent bass-drum creates a heartbeat thump that buoys O’s spoken word delivery, as she urges an unnamed person to “come close” repeatedly. Serenity is encapsulated by a stark drone of strings while the band’s vocalist looks skyward for inspiration, as she pleads “stars/don’t fail me now”. ‘Wolf’, conversely, opts for a juddering 80s power-pop angle, which starts off all moody before descending into some kind of robot death march. Again, the theme of closeness presents itself “I’m lost and I’m lonely/I hunger for you only/don’t leave me now/don’t break the spell”. Opening track ‘Spitting Off the Edge of the World’ featuring Perfume Genius, kicks off the band’s new record in dramatic fashion with quiet/loud dynamics expanding and contracting with a penchant for scuzziness. Seemingly there’s a nod to a past generations’ mistakes as O ponders “mama/what have you done/retrace your steps.” A mournful pop banger (is that such a thing?) comes out dancing via ‘Different Today’s melange of strings and elegant nuances as it manages to straddle the lines between hip-hop and electronica. Throughout the track’s lifespan you’ll hear O mutter that most relatable lyrics you’ll hear this year “oh/how the world keeps on spinning/it goes spinning out of control”.

I’ll leave it to Karen O to sign off because her closing statement via ‘Cool It Down’s press release is just perfect and it would be criminal to leave it out. ”It’s confrontational, and it’s emotional, and its addressing things that nobody wants to look at. As an artist, there’s a responsibility to do that. I know when I feel that reflected back to me, I’m so grateful, because it makes me feel less crazy and less alone in the world. That’s where music reigns. This record was a chance for us to use that superpower. This record feels like it has a different kind of urgency.”

Purchase Cool It Down by Yeah Yeah Yeahs HERE