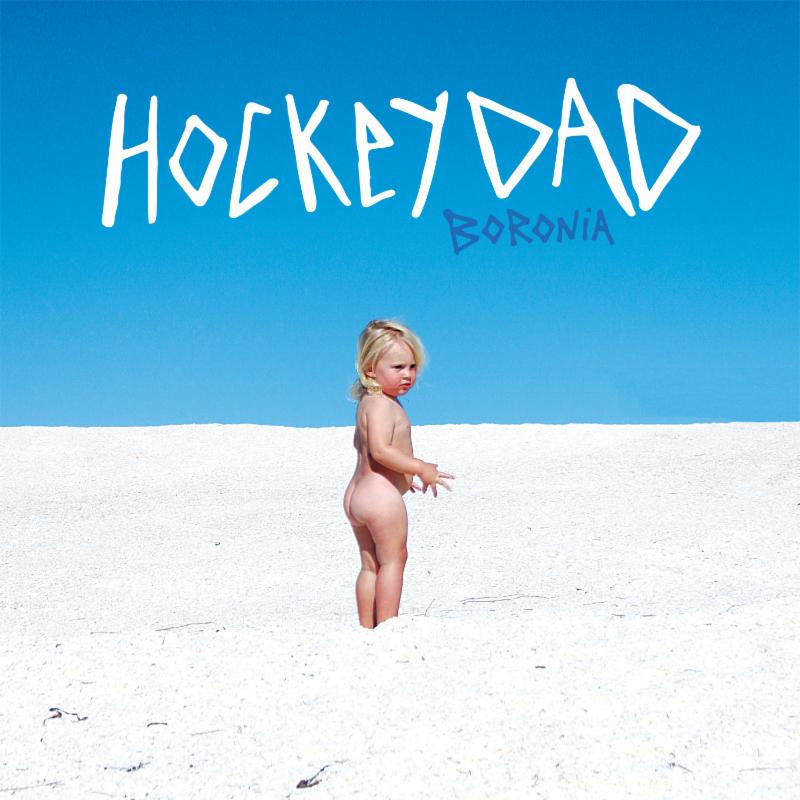 Zach Stephenson and Billy Fleming — childhood friends from the beach town of Wollongong, Australia — formed the surf-rock band. Hockey Dad Hockey Dad are psyched to announce their debut full-length Boronia — named after the street where they both grew up — out August 12 on Brooklyn label Kanine Records.

Zach Stephenson (guitars/vocals) and Billy Fleming (drums) have been best friends since age 4. Living two doors down on Boronia Street in the small Australian coastal town of Windang, it was around 13 when they discovered Zach’s Dad’s old gear in his garage and about 15 when they started sneaking into local music venue RAD BAR and playing other bands’ instruments while they were not around. By 18, they were touring Australia under the name Hockey Dad, which was gleaned from a Simpsons episode. The duo brings an incredible energy and youth to their warm and jangly guitar tones, telling tales of beaches and babes.

After releasing their debut EP Dreamin‘ on local Aussie label Farmer and the Owl, Hockey Dad won Triple J’s Unearthed Fall Festival Competition in 2014 gaining them national radio play and sold out shows across Australia. With headlining festival appearances in their hometown under their belt, in 2015 they headed stateside for CMJ where they met up with Brooklyn indie Kanine Records (Surfer Blood, Splashh, Beverly) and cemented a deal to release their debut album in the US.

The band’s video for “I Need A Woman” serves as a dedication to our childhood, just hanging around the beach and having sick fun.” But skating and surfing wasn’t enough to fill up their days, Billy grew up on his older brother’s stash of 90’s punk, while Zach grew up with his dad’s collection of Aussie Gold records. “It’s funny because one minute we’ll be throwing bones to Parkway Drive, and next thing we’re sobbing to Aretha Franklin.”