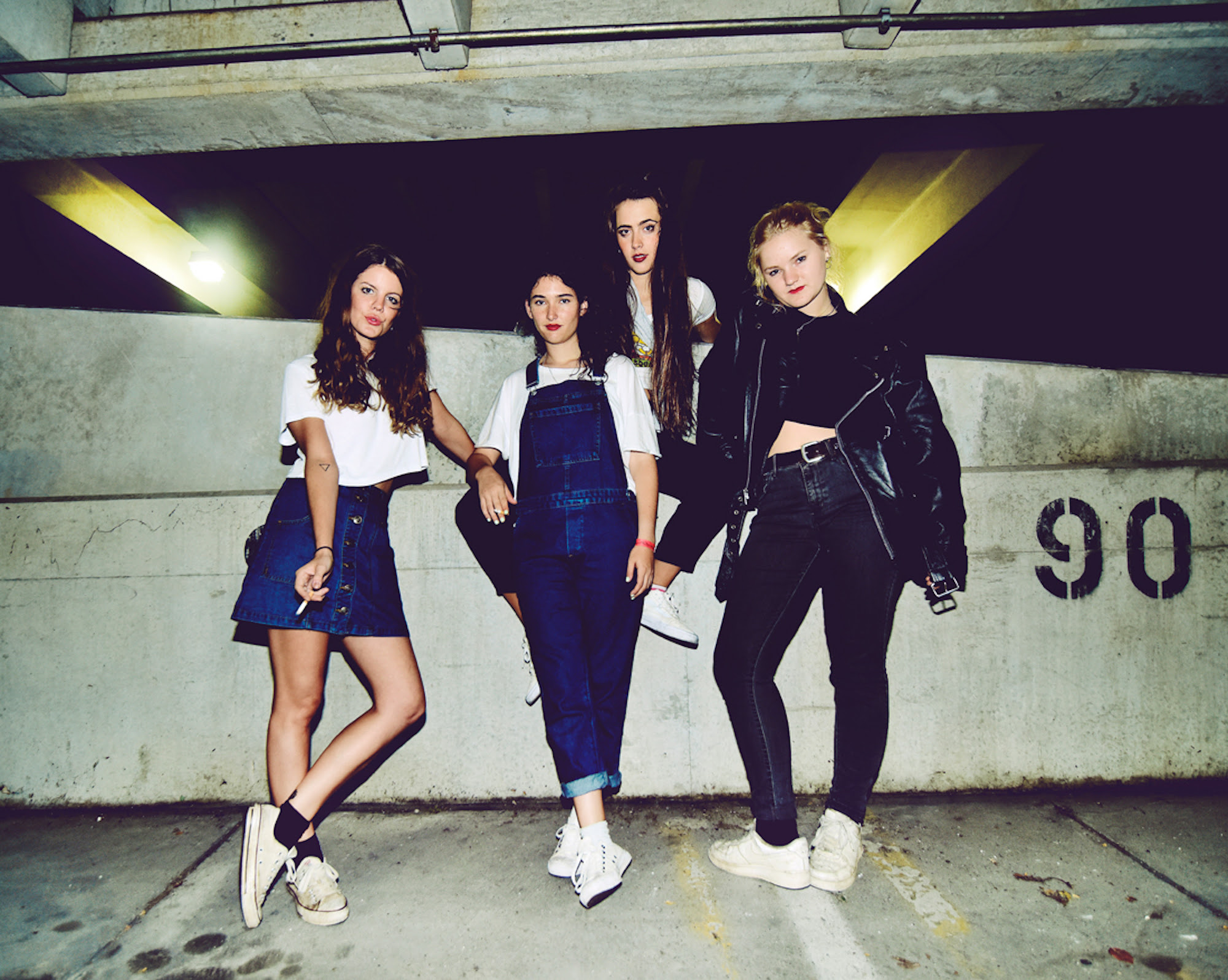 Hinds have released a new video for their current single, “Garden”. Directed by Pedro Martin-Calero, and filmed in Madrid, the video was inspired by French New Wave pioneer Jean-Luc Godard and his 1965 feature film Pierrot Le Fou. The story of a young couple “trying to get away to nowhere”, it features all members of the band playing the same character, with a strong use of colour and experimental imagery the video is surreal and surprising. In the band’s own words:

“Garden is the first track of our album. It is our favourite song and we say it proudly.
This is the first time we got to choose the director of a music video ourselves, so it was an honour when Pedro Martin-Calero said yes. He is a genius and we did everything he wanted – except for the chicken, that was a thing we begged for haha”

The band will also be touring heavily in support of Leave Me Alone, and you can find the newly announced European tour dates below.