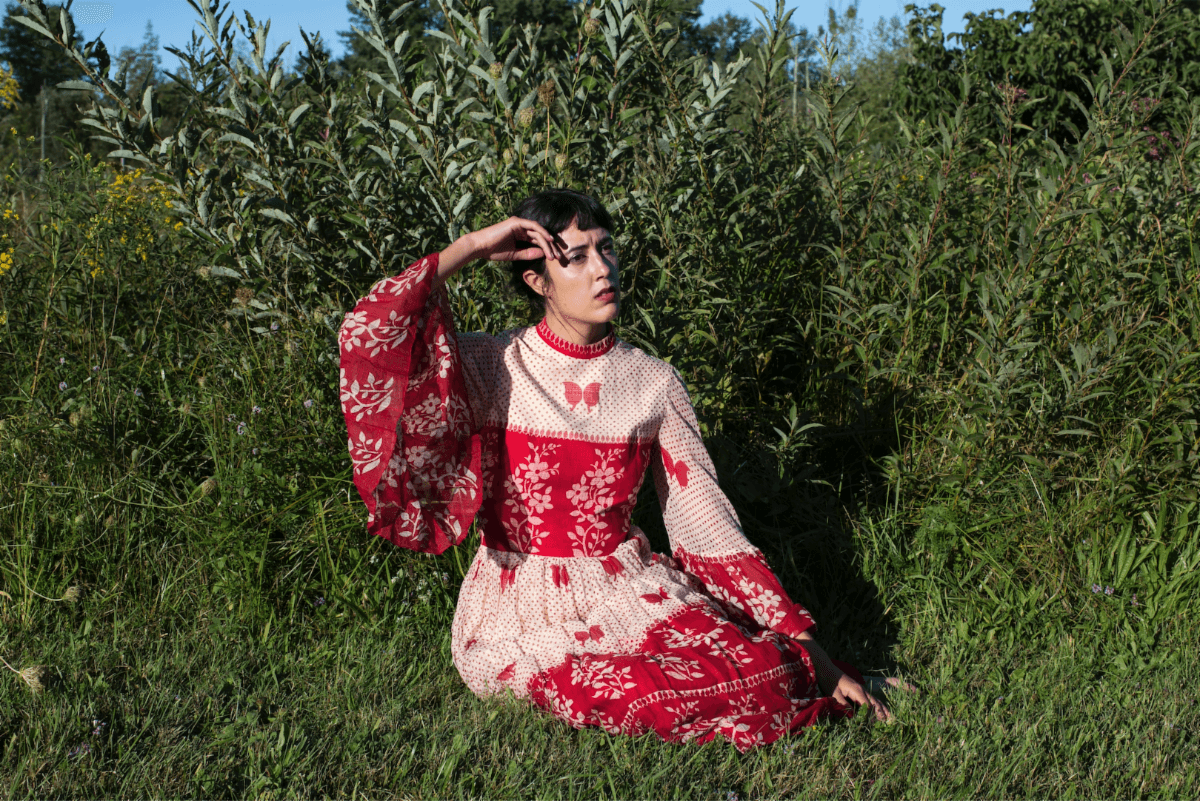 On Mythopoetics, Rose once again collaborated with multi-instrumentalist, film composer and producer Zubin Hensler. The pair came together for a recording residency at Pulp Arts in Gainesville, Florida, with the intention of creating stripped-back recordings of old songs, solely focusing on Rose and her piano. However, the playground of the studio soon transformed the project into a texturally diverse and kaleidoscopic sonic universe.

Mythopoetics is an album about processing past traumas in the quest for a new, sun dappled pathway, and the transformation that takes place as we take each tentative step. The artwork, shot by Ali Cherkis, sees Rose screaming in bright colors on the front, and naked, with a stoic expression on the back, representing the spectrum of emotions explored throughout each track. Change, evolution and joy take real courage, and it’s in the catharsis of telling your story that the calm, confident aftermath can finally reach the surface. Here, Half Waif is shunning the shadowed mass of generational trauma and the patterns passed down to her.

pre-order Mythopoetics by Half Waif via ANTI- Records