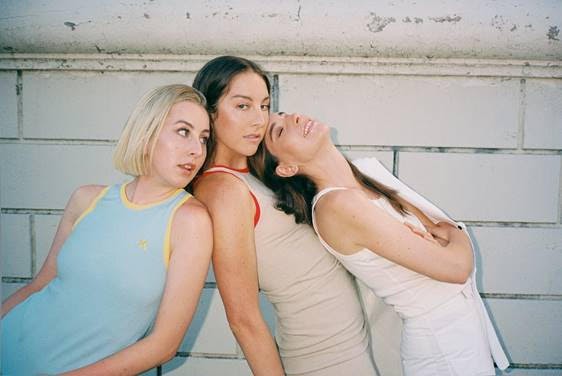 HAIM have shared their new single, “Summer Girl,” co-produced by Rostam Batmanglij and Ariel Rechtshaid via Columbia Records. The group have also released a video for “Summer Girl.” HAIM reunited with longtime collaborator and friend Paul Thomas Anderson to shoot and direct the new visual.

HAIM debuted “Summer Girl,” during a special, one-night only show at Los Angeles’ Teragram Ballroom. Following the song’s debut, footage of the performance quickly spread online, creating a buzz among fans and the media.

“Summer Girl” is the first new HAIM music the band have shared since the release of their sophomore album, Something To Tell You, in July 2017.

“I started the song when I found out my partner had cancer. I was on tour and felt like I was trying to send positive energy his way almost telepathically. Whenever I would come home in between shows I wanted to be his sunshine – his summer when he was feeling dark. His hope when he was feeling hopeless,” shares Danielle Haim.