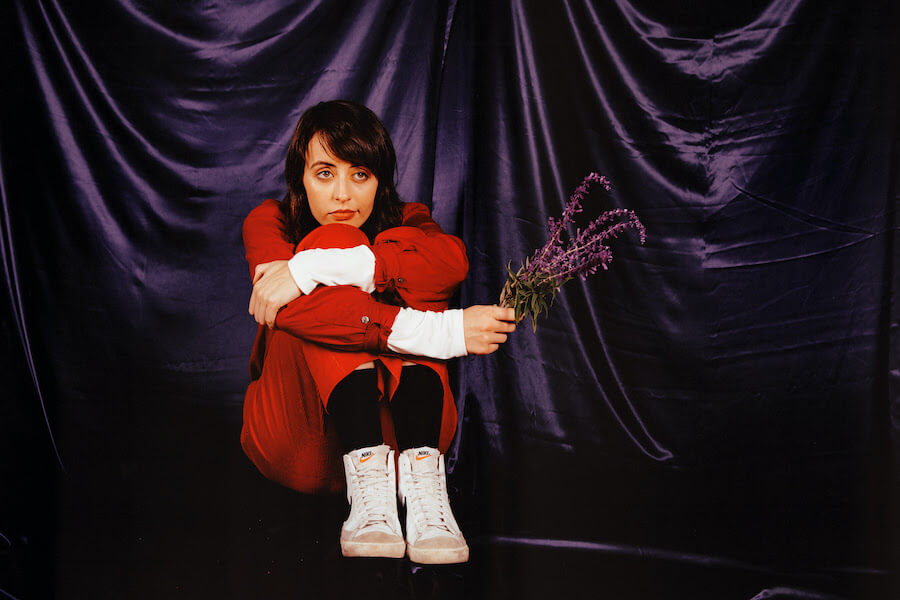 Gordi has Announced her EP Inhuman, will drop on July 15
Share on TwitterShare on PinterestShare on PocketShare on RedditShare on FacebookShare on Email

Gordi AKA: Sophie Payten, has announced her new EP, Inhuman, will drop on July 15th on Jagjaguwar. Ahead off the release, the Australian musician has shares the lead single/video, “Way I Go.”

The song, is the first single back for the LA-via-Sydney artist since her collaboration withTroye Sivan, “Wait,” from the film Three Months. That collaboration was one of a number of team-ups since her second album Our Two Skins, pairing up on new music with Ben Bohmer, The Blaze, Helado Negro, Loraine James, Maggie Lindemann and others. Payten also co-wrote the theme song to Oscar-nominated animated feature film The Mitchells vs. the Machines.

“Way I Go” arrives in the lead up to Gordi’s debut headline shows at the Sydney Opera House as part of VIVID Festival 2022, following her recent month-long tour with The Tallest Man On Earth in Europe. In 2020, Gordi played the landmark concert hall as part of the Opera House’s Digital Season program during the COVID pandemic.

With little more than guitar and Payten’s reverb-drenched vocals, the sparse “Way I Go” is wrenching and accompanied by a gorgeous video from Triana Hernandez.

“‘Way I Go’ is about the newness and the oldness of being in love. How it saturates and warms you, expands and transforms,” Payten says. “The video was filmed in one afternoon and features me putting my short-lived career as a swim instructor to good use, before walking around the streets of Brunswick in Melbourne in a dusty pink blazer I bought for $5 from the local Goodwill store.”

Hernandez adds, “The video for ‘Way I Go’ is a seemingly minimal concept – a simple walk toward the house of someone you love, collecting flowers along the way…yet the level of emotional rollercoasters happening within transforms the walk into an ethereal and organic experience, well beyond the streets of Melbourne’s northern suburbs.”

The six-track EP, Inhuman, explores the trials of humanity, from love and identity to faith and religion, traversing the spectrum of sorrow to celebration. The tracks that comprise the EP came together from a range of sessions over the years in Reykjavik, Los Angeles, Melbourne, and Eau Claire, Wisconsin.

Until earlier this year, Payten also balanced work as a doctor, assisting with under-staffed local hospitals in Melbourne and regional Australia during the height of the COVID-19 pandemic.